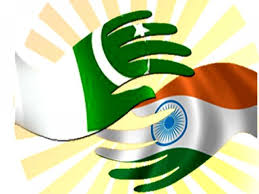 Islamabad, 5th July: Jinnah Institute’s 3rd Islamabad Dialogue concluded in Islamabad on Friday with the release of a draft resolution outlining recommendations for Indian and Pakistani governments to improve bilateral relations and address outstanding issues.
The 3rd Islamabad Dialogue was the result of a collaboration between the Jinnah Institute and New Delhi’s Center for Dialogue and Reconciliation (CDR). The conference has been held for the third consecutive year, and continued in its aim to promote peace between Pakistan and India through Track II diplomacy. The Dialogue brought together senior parliamentarians, former military officer, former diplomats, media-persons and policy experts who adopted the following statement after two days of intense deliberations.
Joint Statement
5th July, 2013
 We appreciate the encouraging statements made by both Prime Ministers recently in the local media. The opportunity thus presented should be exploited to the full;
 We find that the increase in India-Pakistan bilateral trade is encouraging despite the escalation of tensions on the LoC in January 2013 and urge that the implementation of commitments made on bilateral trade should be expedited by both countries;
 We recommend that travel be made easier and the number of entry points on the land routes increased so as to facilitate people to people contacts;
 We welcome the resumption of back channel diplomacy by the two states;
 We recommend that there is a need for intelligence sharing at the highest level, keeping in view the common threat from terrorism;
 We emphasize that Pakistan and India must not allow Afghanistan to become another contentious bilateral issue;
 We recommend that both security establishments engage to share their perceptions on Afghanistan, and should take each other into confidence regarding their concerns about the post-2014 Afghanistan;
 We recommend that both countries should explore opportunities to collaborate in the fields of IT, communication, health care, education and banking to help reconstruct Afghanistan;
 We urge that Pakistan should consider allowing overland transit through the Wagha-Attari border for trade between India and Afghanistan;
 We urge that there should be no reluctance in keeping the dialogue on Kashmir on the forefront of bilateral discussions and all channels in this regard must be kept open;
 We are concerned that the agreed CBMs on cross-LoC travel are not being properly implemented. It is essential that the leadership in both countries issue a public directive to the relevant authorities on the ground to take urgent steps to simplify and expedite procedures;
 We emphasize that cross-LoC travel should not be restricted to divided families, but rather be made permissible for all residents of Jammu and Kashmir. The authority to issues travel permits should rest with the local administrations on both sides;
 We hope that the growing prospects of Indo-Pak trade should also help ensure that cross-LoC trade is not restricted to Kashmir, but is part of the wider, bilateral trade regime;
 We recommend that the two countries should make joint efforts for the rehabilitation of IDPs/refugees from both sides of the LoC;
 We recommend that both countries put an end to extra-judicial killings and torture as instruments of investigation and law enforcement;
 We recommend that both countries cooperate on the issues of human rights and ensure that captured prisoners are treated with dignity as per international norms;
 We urge that women should be given a greater voice in the peace process ;
 We stress that a joint India Pakistan watchdog be created to monitor human rights abuses and suggest mechanisms to prevent state violations;
 We recommend that nationality verification of prisoners/detained fishermen should be completed within 3 months;
 We urge both countries to institutionalize a “no arrest of fishermen” policy and establish marine risk reduction centers with the ability to communicate with each other;
 We stress the implementation of the recommendations made by the India Pakistan Judicial Committee on Prisoners;
 We urge that all official and unofficial dialogue and conflict resolution mechanisms must include women;
 We emphasize that the media in both countries should report issues of prisoner release with caution so as to avoid jingoistic reportage; and
 We recommend that there should be a consolidated database of prisoners available on the internet.
Indian Delegation
Sushobha Barve
H. K. Dua
Jatin Desai
C. Rajamohan
Siddharth Vardarajan
Kalpana Sharma
Sayeed Malik
Masood Hussain
Kavita Srivastava
Omair Ahmad
Pakistani Delegation
Amb. Sherry Rehman
Amb. Aziz Ahmad Khan
Amb. Humayun Khan
Amb. Ayaz Wazir
Lt. Gen. Talat Masood
Amb. Rustam Shah Mohmand
Raza Rumi
Ahmer Bilal Soofi
Mosharraf Zaidi
Zafar Nawaz Jaspal
Hamid Mir
Dr. Ayesha Siddiqa
Khawar Mumtaz
Farrukh Pitafi
Kishwar Naheed
Moeed Yusuf
Dr. Moeed Pirzada
Zafarullah Khan
Tahira Abdullah
Madeeha Gauhar
Babar Sattar
Imtiaz Gul