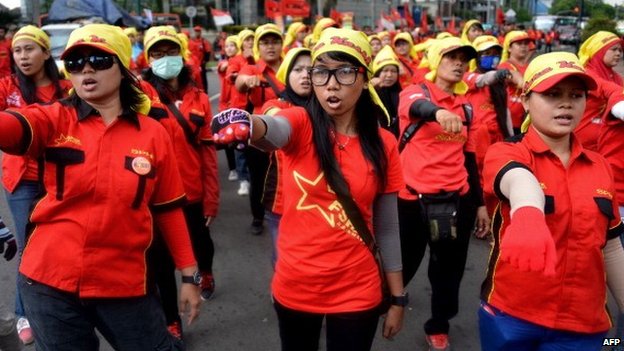 An Indonesian sports wear manufacturer has apologised for printing washing instructions deemed sexist on the shirts of a top flight football club.

“Washing instructions: Give this shirt to a woman. It’s her job,” Salvo Sports printed on the shirts of Indonesian Super League team Pusamania Borneo.

The company offered an apology on Sunday, International Women’s Day, after being inundated with complaints.

“The message is simply, instead of washing it in the wrong way, you might as well give it to a lady because they are more capable,” Salvo Sports posted on Twitter.

“There is no intention to humiliate women. In contrast [we want to tell the men] learn from women how to take care of clothes,” it said.

It added that the company wanted to apologise profusely for any misinterpretations.

The timing of the apology could not have been worse as it came on International Women’s Day which celebrates women’s achievements around the world.