Indore: Muslim Students Taking Class 12 Exams Made to Sit Outside in Heat 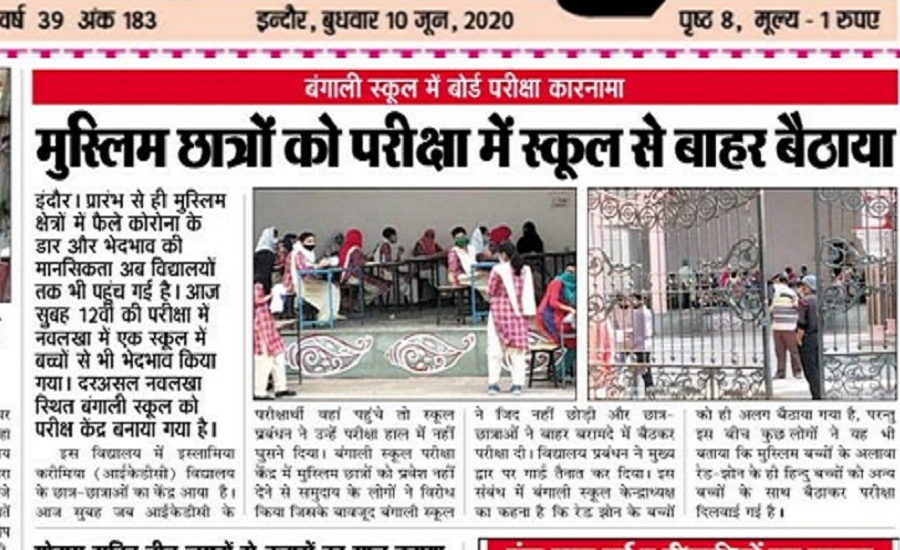 INDORE – A case of religious discrimination is reported from Indore, Madhya Pradesh where Muslim boys and girls appearing for Class XII Board exams were denied entry into the examination hall. Instead, a make-shift arrangement was made for them in the veranda despite extreme hot weather. Pleas by their parents went unheeded.

The incident happened at the city’s Bengali School which is the exam centre for a number of schools. According to a report published in Hindi daily Dainik Jagran, while examinees from other schools were allotted seats in halls, the same was not done with those belonging to Islamia Karimia (IKDC). This happened in the name of coronavirus scare.

The Centre superintendent of the school claimed that this was a preventive measure as the Muslim students had come from red zone. However, Dainik Jagran, quoting several people at the exam centre, said many Hindu students from red zone were allowed to sit in halls.