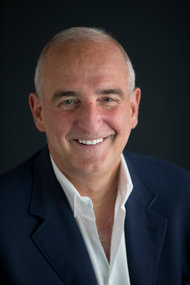 A a mild-mannered man in his early 40s, was on the fast track to fortune, an M.B.A. student at a top school, the Indian Institute of Management, when a course he took on Indian agriculture taught by a professor who had walked, like Gandhi, from village to village got him thinking that his country had lost the plot and that an elite gobbling up new condos for $3 million or more had grown blind to the fact that trickle-down was a downright myth. A booming India of rising middle-class fortunes had parted company with a bigger one still mired in distress, and without any real debate India, like much of the world, had embraced Margaret Thatcher’s “There is no such thing as society” as a prevailing idea.

Nowhere is inequality — what President Obama this month called “the defining challenge of our time” — more in your face than in India. Brand-filled shopping malls spread. So do shanties. A rich man builds a 27-story house for his family in a nation of 1.2 billion people where more than a quarter of them — or roughly the U.S. population — lives on less than two bucks a day. Outdoor defecation is still widespread. Yet when Gulati, a social activist engaged in teaching poor Delhi kids through a nongovernmental organization called Manzil, tries to interest his peers in the subject of inequality, he tends to find the conversation goes nowhere, drowned by talk of some juicy real-estate deal for farmland south of Delhi, the latest Bollywood hot item numbers, or the Silicon-Valley success story of yet another Indian immigrant.

“We are giving aid to America. It’s crazy!” Gulati tells me. “We are sending our finest minds all over the world to help enrich the countries they adopt, but not India, which desperately needs them.” He points to a shanty where “children lie in the mud while their parents look for work.”

He gets exercised over the impunity of politicians cutting sweet deals for themselves and walking off with suitcases of cash, the greed-is-good top 1 percent, the lousy infrastructure and inadequate schools, the first-world privatized services for the rich and substandard public service for the rest, the blindness of privilege — and it strikes me that globalization has thrown up the same issues of inequality everywhere as mobile capital outsmarts immobile workers, and mass culture enshrines money as the supreme value, and well-paid lobbyists burrow away in the interests of the cosseted few against any social compact.

The debate around these themes in India follows lines you hear around the world, with a rising nationalist right insisting the poor must work harder, that they receive too many entitlements as it is, that deregulation and the animal instincts of the self-made man are the answer, that the left with its handouts (and in India’s case the heavy post-war state planning of Nehru) has failed. While, from the other side, voices like Gulati’s rise protesting a me-me-me world gone mad; insisting that society does exist; that the social compact is essential and hinges on acknowledgment of the commonweal; that a livable minimum wage is important; that solidarity alone can provide shelter, education, equal opportunity and social protection to the neediest, as well as hope for a future in which income distribution stops heading in a U.S. direction where, as Obama pointed out this month, the average C.E.O. now makes 273 times the average worker compared to 20 to 30 times in the past.

The world needs more Ravi Gulatis. It does not need more Indian businessmen building 27-story homes. When a phrase like “the bottom 90 percent” rolls off the tongue as if this were a normal state of affairs, something is amiss. The common man and woman have been had. Gulati’s motorbike is 15 years old. It goes. Internal beauty trumps external show — surely an Indian idea even if not the prevailing ethos.

Gulati rows against the tide. In the words of Harsh Mander, a social worker and writer he admires, a hyper-connected India has “exiled the poor from our conscience and consciousness.” It learned some of that trick from America. The winds are shifting but, as Bill de Blasio will discover, the invisible forces driving increasing inequality are implacable, from New Delhi to New York. Policy change can help, but the real change, as with Gulati’s epiphany, must come from within each of us.