“Intellectuals Have A Duty To Expose Lies Of State”: Supreme Court Judge 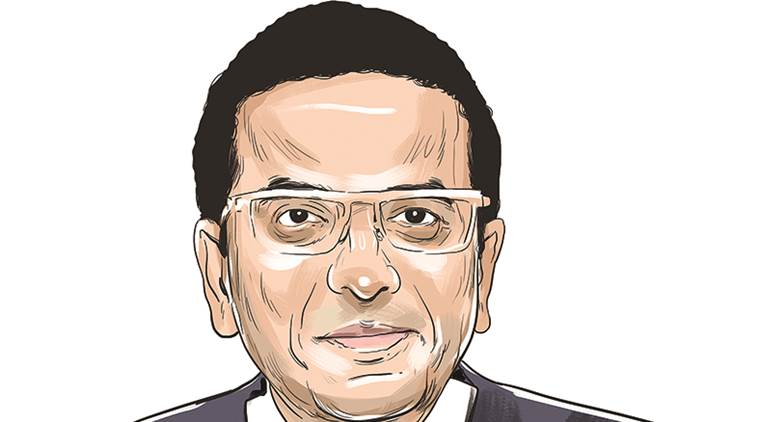 Justice DY Chandrachud also spoke about a “post-truth” world, in which “there is a contest between ‘our truth’ vs ‘your truth'”

Public intellectuals have “a duty to expose the lies of the State”, Supreme Court Justice DY Chandrachud said Saturday morning, stressing that in a democratic country it is important to hold governments in check and guard against falsehoods, false narratives and fake news.

He also highlighted the importance of a “press that is free from influence of any kind… political or economic” to ensure that governments can truly be held to account for actions and policies.

“One cannot rely only on the State for truth. Totalitarian governments are known for their constant reliance on falsehoods to consolidate power… we see there is an increasing trend among countries around the world to manipulate COVID-19 data,” Justice Chandrachud said.

His remarks have been viewed against the backdrop of concerns expressed by experts, activists and journalists that governments may have fudged Covid data to hide the true spread of infections.

“The phenomenon of fake news is on the rise. The WHO (World Health Organization) recognized this during the COVID pandemic… calling it ‘infodemic’. Human beings have a tendency to get attracted to sensational news… which are often based on falsehoods,” he explained.

As early as February last year – when the pandemic was beginning to spread throughout the world – the WHO warned of a wave of fake news and misinformation emerging on social media, including “deliberate attempts to disseminate wrong information”.

Justice Chandrachud acknowledged that social media platforms like Twitter and Facebook should be held responsible for false content, but said people should be vigilant and, crucially, be open to reading about, debating and, perhaps, even accepting different opinions.

He spoke about a “post-truth” world, in which “there is a contest between ‘our truth’ vs ‘your truth’, and a tendency to ignore a ‘truth’ not in alignment with one’s perception”.

“We live in a post-truth world. Social media platforms are responsible… but citizens are also responsible. We incline towards echo chambers and don’t like opposing beliefs… we live in a world that is increasingly divided along social, economic and religious lines,” he said.

“We only read newspapers that align with our beliefs… we ignore books written by people who do not belong to our stream… we mute the TV when someone has a different opinion… we do not truly care about the ‘truth’ as much as we do about being ‘right’,” Justice Chandrachud explained.

“To counter fake news we need to strengthen our public institutions. We must ensure that we have a press that is free from influence of any kind… political or economic. We need a press that will provide us information in an unbiased manner,” he added.

Justice Chandrachud also called for a positive atmosphere in schools and colleges – one in which “students can learn to differentiate truth from falsehood (and) question those in power”.

He also urged people to be kinder and more sensitive to those around them, saying, “We should not be quick to judge others for their opinions. We need to remove barriers based on gender. caste, religion, language or economic status.”