Invisibilization of Feminist aspirations and gender activism in Conflict areas. 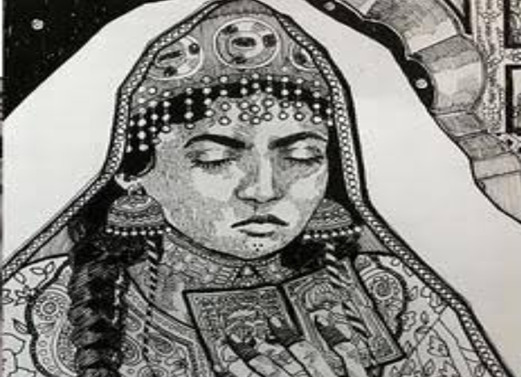 After the second World War ended, and an apparently peaceful era began, a dismissal of the unsolved issues with respect to nationality and citizenship became an overarching practice. Conflict zones all over the world began to be viewed as ‘internal’ issues of the nations, where the international forums and organizations had no right to intervene and/or negotiate. A very colonial practice re-emerged. States that had earlier fought against imperialist powers and struggled for freedom under the banners of liberty and equality started reproducing the same roles as the colonists had played up until then. Relics of colonial practices began to reemerge with nations trying to solidify and affirm the shadow lines that were termed as borders. From Hong-Kong to Vietnam, from Palestine to Kashmir every region with a history of dispute evolved with a conflicted history and identity. Struggle for freedom and self-determination marked and informed the very core of their ‘modern’ and pseudo ‘post-colonial’ existence.

As much as these militarized zones suffered the brunt of violence in every form imaginable and a consequent mainstreaming and normalization of their issues, a much more invisible tragedy began to unfold. Due to the majoritarian ambitions of the people of these regions, on the basis of religion, ethnicity, language, culture etc. the heteronormative structures and institutions remained deeply rooted because of a re-shifting of focus towards the apparently larger issues. The abstract ambitions and the ideologies that informed these were not unaffected by the stereotypical gender ideologies that shape our world in general and while a relatively radical activism against institutionalized patriarchy arose in certain parts of the world these areas lagged behind in this evolutionary process.

It’s no secret that from the time of recorded history or even before, a division of labor based on reproductive functions of ‘bodies’ formed the skeletal structure of our society and with new inventions that helped improve the standard of life of human-beings, especially after the advent of industrialization, the opening up of new areas for exploration and progress quickened. Women and other vulnerable genders found increased opportunities to combat the structures that bound them and a rethinking of the whole ideology of sex and gender originated.

Organized religion has and till date is one of the most rigid philosophies that has been used to sustain the patriarchal norms and keep women from exploring and growing. The stability of the society as it is, depends upon the ideas of ‘discipline and punishment’ as theorized by Michel Foucault and reiterated by several scholars and theorists. Religious ideologies are convenient and exclusive institutions to control women’s bodies and bring them under the umbrella of normative families and communities. However, with hegemonic power comes resistance. As the human world has grown and evolved, every practice of control and every event of violence has undoubtedly met with rebellion- sometimes explicit and at times implicit.

How do gender aspirations remain unacknowledged and dismissed under the garb of larger Nationalist ambitions?

The celebrated and persistently sought struggle for creating a free state based on majoritarian ideologies and notions of identity that are otherwise marginalized in their own right, tend to marginalize further the internal minority voices and the aspirations of the subaltern groups within the conflict state. The minority groups of gender, religion, race, language etc. are pushed to the edges as the primary focus always stays on the issue of ‘internal occupation’ and the violence perpetrated due to conflict and heavy militarization. The seemingly lesser aggressive structures and tropes of patriarchy take a back-seat and any and every voice against these structures is repressed through various means. In order to ‘protect’, propagate and sustain the popular, majoritarian and highly idealized notion of a potential ‘free’ nation, and to apparently not succumb to sectarianism in the struggle for political freedom, the seemingly ‘apolitical’ issues that Feminism and Gender Studies brings to the fore are constantly and inevitably dismissed and a fervent attempt is seen to amalgamate the two.

This can be exemplified by focusing specifically on the ongoing conflict in the state of Jammu and Kashmir.

For decades, the disputed territory of Jammu and Kashmir has taken a heavy toll in terms of human life, property and every imaginable form of resources. Since the early 1990s the struggle has intensified to a level from which de-escalation of the issue is almost impossible. Investments in the form of human militia, arms and equipment, capital and soft-power have gone into this armed struggle and it becomes imperative for every stakeholder of the conflict to see this horrific war to its very end. This never-ending struggle with its manifold and complicated faces, with its wide-spread popularity (it’s ironic that conflicts can be popular too) and its highly sensitive nature makes it futile to hope that there can ever be a successful non-violent negotiation in this regard. This conflict which to the common eye is a simple fight for territorial rights between two nations is in reality a complex conundrum involving multiple and fairly diverse ethnic and cultural groups that are anything but homogenous, whose ambitions are anything but same.

‘Kashmiriyat’, the very celebrated and hugely popular idea associated with communal harmony and the hospitable and inclusive nature of the Kashmiri people, often hides behind it the often diverging and dissimilar identities and motivations of the various ethnic groups that live under the umbrella term of ‘Kashmiri’. Just like every movement sustains on solidarities and through building bridges across varying identities, the struggle for freedom in Kashmir bases itself on a process of amassing support from diverse groups and attains validity through a common sense of collaboration and struggle. Yet, in this seemingly genuine struggle the fight for basic rights by several minority sections loses vigor and lacks popular support.

An example of this problematic struggle was seen in the brutal violence against the ‘Pandit’ community leading to their exodus from their homes in the Kashmir valley and an unending exile. Various arguments in defense and for justifying the same can be found abundantly yet the fact remains that people belonging to a minority community had to bear the brunt in the mainstream political struggle. Similarly the condition of the ‘transgender and other vulnerable identities’ remains hugely untalked about and their struggles silent and unaddressed. The seemingly subtle, yet deeply-rooted caste-system remains unspoken about even though it has existed as long as the region itself and stems from Hindu Varna system re-modified into the division between Syeds, occupational castes and service castes (Based on the study by renowned sociologist Bashir Ahmad Dada). The Sikh community in Kashmir, the muslims in Jammu, the people from Ladakh, Gilgit, Baltistan and other areas of the whole Jammu and Kashmir region (including the parts governed by India, Pakistan, China) suffer with their individual voices stifled constantly by various groups, that are party to the conflict.

My primary research interest however remains in exploring the problematic amalgamation of Kashmiri women’s struggles (generalizing Kashmiri women for the sake of the present argument with complete acceptance of the distinct and numerous individualities of every woman from Kashmir) into the larger discourse of Kashmir’s liberation and formation of a state based on religious principles of Islamic ideology, howsoever abstract and impossible the idea seems. From the very onset of militancy/terrorism and the rapid rise of bodily violence a disappearance of women from the public spaces became apparent and this can to be attributed to a large extent to the gendered violence that the conflict brought along. Rape and sexual abuse are a major tool employed by multiple states in their wars to appease and silence the colonized as the idea of ‘honor’ attached to the female bodies acts as a strong deterrent, that keeps the population in check and stops them from voicing their genuine concerns. However the tragic absence of a ‘feminist’ consciousness in this region brings to the fore the issue of how in order to appear united and uniform, the male population controls female bodies and suppresses any form of resistance, in private as well as public spaces. The ironic part of this huge conundrum is that women are repressed and manipulated under the ideology of religious sustenance to the extent where they become appendages to the patriarchal system and see any resistance to it as a sign of pollution in the cultural and religious fabric of the society and try every measure possible to suppress it. The only space women are allowed to take up in the public domain is to take up the role of acting as supplementary support for taking the ‘religious’ movement forward and sacrificing their individual dreams and aims to act as bolsters to prop up the ongoing fight. This is done just to appear as ‘one’ single significant group with common aspirations fighting for their religious and political rights.

Sania Muzamil advocates for equal gender and human rights, and calls for a free world for all. She has a postgraduate degree in English Literature from the University of Delhi and is currently studying and researching Gender perceptions and manifestations. She is currently interning at kractivist.org