Iraq Crisis: ISIS Terrorists were Trained by US in 2012 for Syria Conflict 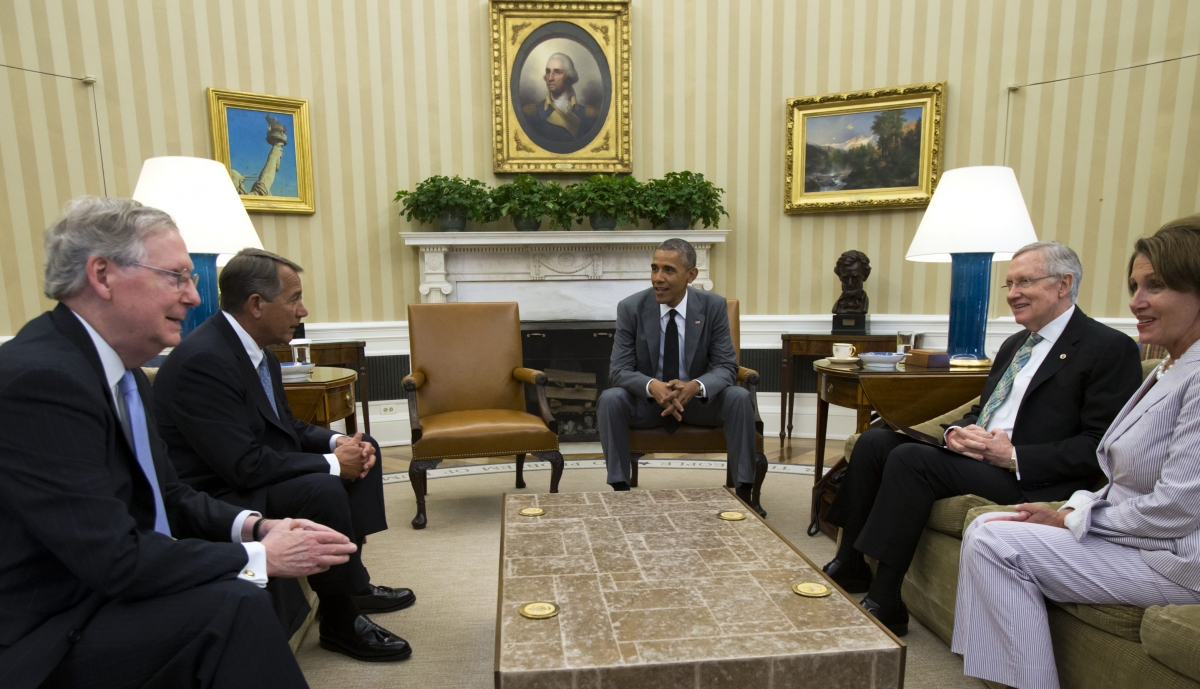 U.S. President Obama meets Congressional leaders to discuss the situation in Iraq at the White HouseReuters

As the American government is contemplating on whether or not to launch an airstrike on ISIS that is threatening to destroy Iraq, reports have now surfaced that way back in 2012, the US Army had trained members of the same terrorist group in Jordan.

As per several corroborated reports, hundreds of ISIS militia were indeed trained by US instructors for covert operations to destabilize Syrian President Bashar al-Assad’s government, though the training was strictly for Syria.

ISIS has made an astonishing advance into the country since last week. Thousands of residents, police and soldiers have fled the fighting in key cities including Mosul and Baquba. Reports also state that ISIS terrorists have beheaded soldiers, besides taking up mass executions and posting it online.

The report noted that the organizers of the training wore US Marine uniforms, and the training focused on the use of anti-tank weaponry. The ISIS terrorists, who now hold almost the entire north of Iraq, have quite effectively neutralized most Iraqi tank battalions put against the invading forces.

The German magazine had also reported that the US would be training a total of 1,200 members of the Free Syrian Army in two camps in the south and the east of Jordan.

The Guardian had also reported back in March 2013 that US trainers were aiding Syrian rebels in Jordan, along with British and French instructors.

ISIS, also known as ISIL, has let loose a reign of terror both in Syria and Iraq. The group has been denounced even by Al-Qaeda for its brutality and violence.

A USA-ISIS tie-up is plausible, considering the fact how the CIA was responsible for the strengthening of Al-Qaeda in Afghanistan. It is widely reported that during the anti-Soviet war, Osama Bin Laden and his fighters received American and Saudi funding. Defence analysts strongly believe that Bin Laden himself had received security training from the CIA.

The US, which is closely monitoring the situation in Iraq, is reportedly flying F-18 surveillance missions in the country from an aircraft carrier in the Persian Gulf, officials confirmed to Fox News.

The F-18 surveillance missions are being launched from the USS George HW Bush. While the Obama administration is yet to decide on airstrikes, the US government has authorized “manned and unmanned” surveillance flights for collecting information.