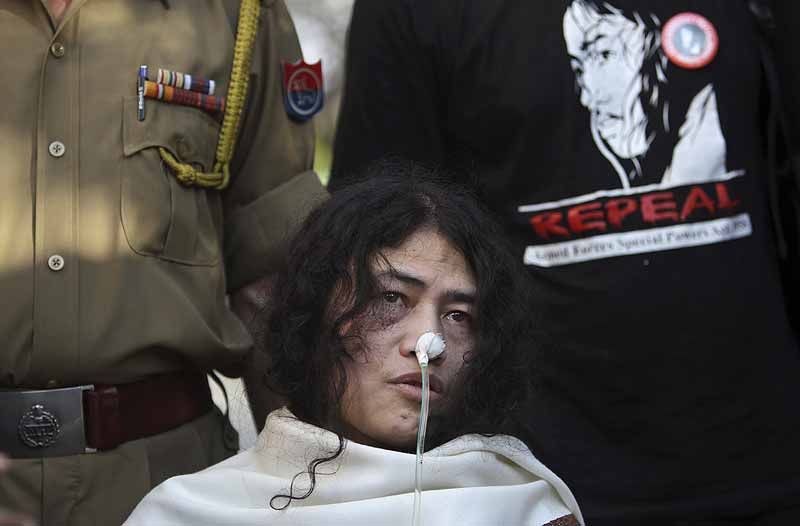 “She got an offer, but she is not interested in joining politics at all,” Sharmila’s brother Irom Singhajit told PTI from Imphal today.

The offer was made to her recently through Just Peace Foundation, formed by supporters of Sharmila who has been on a hunger strike for the last 13 years demanding repeal of the “draconian” Armed Forces Special Powers Act (AFSPA).

“She doesn’t want to join any kind of political party, but she has said that she will continue to fight consistently and independently with the people and not with any political party,” Kshetrimayum Onil of the foundation said.

A civil rights activist and poet, 41-year-old Sharmila’s non-violent resistance has become a nucleus for collective protest against AFSPA, which allows securitymen to even kill a person on suspicion without the fear of facing a trial in court.

On November 2, 2000, an Assam Rifles battalion had allegedly killed 10 civilians at a village near Imphal. Three days later, Sharmila embarked on her fast, demanding revocation of the AFSPA.

Hunger strike is seen as an attempt to commit suicide, a punishable offence, by the court and since then she has been kept under arrest at a special ward of Jawaharlal Nehru hospital in Imphal where she is forcibly nose-fed.

Having shunned food and water all these years, she had recently refused to accept any award as well.