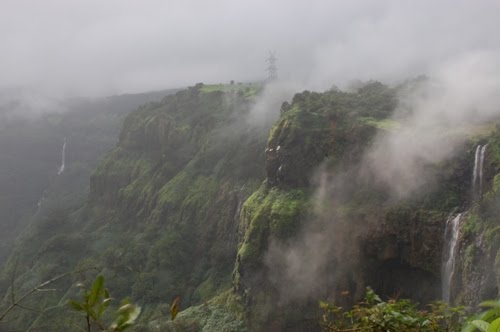 Snehal Rebello, Hindustan Times
Sawantwadi (Sindhudurg), December 03, 2012
More than 150 hectares of pristine forest in Sawantwadi, 500km south of Mumbai on the Maharashtra–Goa border, could be submerged along with homes, temples and sacred groves for an irrigation project that its opponents say is actually aimed at supplying water to proposed mines and an industrial zone in the eco-sensitive region, which is also a wildlife corridor.

In this season of irrigation scams in Maharashtra, locals and non-government organisations question the rationale behind spending tax-payers’ money on building the Saram-bala medium irrigation project on river Dabhil in a region with an average annual rainfall of 4,000mm. Besides, documents with HT reveal that nine of the 15 villages that are to get water from it are also beneficiaries of the Tillari and Talamba dams, two large projects in the final stages of construction.

Moreover, the Konkan Irrig-ation Development Corporation’s (KIDC) willingness to supply double the sanctioned amount of 5.820 million cubic metres of water to a proposed industrial area (according to the project report) as well as the proposed Zolambe mines owned by the Sindhudurg Mining Corp. Pvt. Ltd. (HT has a copy of the letter) has angered villagers and they are refusing to part with their land.

“With heavy rainfall in the district and perennial water streams flowing through all the villages, the government can build small check dams and mini reservoirs that can supply water to the remaining villages. Why does the government want to submerge forest land for an irrigation project,” asks Balkrishna Gavas, resident of Dabhil whose ancestral home and agricultural land are in the submergence area.

“With five irrigation projects proposed in the region, the Sarambala project is ill-conceived. With the project agreeing to supply water to a proposed mine and with more mines planned in more than ten villages below Dabhil, it seems like the project has been undertaken to facilitate mining operations in the eco-sensitive region,” said environmentalist Stalin D of Vanashakti, a non-government organisation. In fact, there are about proposals for 32 mines in the Sawantadi-Dodamarg region.

Environmentalists also question claims by the KIDC in its project report that Sarambala will have negligible impact on wildlife. According to them, the Sawantwadi-Dodamarg region is an important part of the Sahyadri-Konkan wildlife corridor, which connects the Koyna and Radhanagari wildlife sanctuaries and the Chandoli national park in the state with wildlife sanctuaries and national parks in Goa and Karnataka.

“The project site also has ancient sacred groves and temples contrary to the forest department’s claims that there are no religious, cultural or archaeological  sites on the land,” said Stalin.

The Sarambala project was envisaged in 1994 at a cost of Rs. 56.15 crore, which was raised to Rs. 184.3 crore in 2004. Till March 2012, Rs. 54.67 crore was spent on construction, acquisition and administrative work. So work on it can continue under the norms set by the state government’s recent white paper on irrigation:  more than 25% of the proposed budget has been exhausted and 35% of the work has been completed.

The total area under the project is 753.55 hectares. Of the 295.62 hectares across three villages that will go under water, 152.79 hectares is forest land. Till now, 110 hectares of forest land has been transferred to the irrigation department, while the remaining 42.79 hectares has been identified.

Though the irrigation department received approval in principle from the union environment and forest ministry in 2009, the state government has to pay Rs. 30.43 crore as net present value to the forest department for final clearance.