Is Bhim Army chief Chandrashekhar  a threat to the nation? 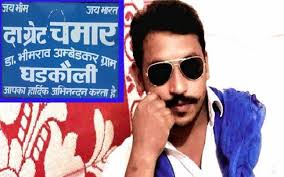 The young man in jail clearly poses a political threat to dominant castes and to the ruling party in Uttar Pradesh. But is he a threat to the nation?

Christening the group ‘Bhim Army’ was arguably a mistake. It provided a handle to the police and the Government to go after the members and charge them with sedition. The irony is that the RSS chief Mohan Bhagwat got away by saying that RSS volunteers were better trained than the Army and could be mobilised in far fewer days than the regular Army.

Fresh out of college, Chandrashekhar and a friend, Vinay Pratap Singh, were looking for jobs when they realised that the Dalit community needed education.

They set up the ‘Bhim Army’ which runs 350 free schools for Dalits in Western Uttar Pradesh. The word ‘army’ was a misnomer and irked upper caste men no end. Things came to a head when Chandrashekhar put up a board in his native village. It read: “The Great Chamar of Dhadkauli welcomes you’. The Thakurs promptly smeared the signboard with black ink.

The Dalits stood their ground and asserted their right to put up a board. In May last year the Dalits and the Thakurs clashed in Saharanpur. Thakurs first objected to a statue of Ambedkar saying that his finger was pointing towards a road used by Thakur women! The administration played along by denying permission to install the statue. Weeks later when the Thakurs took out a boisterous and aggressive procession on the same route to celebrate the birth anniversary of Maharana Pratap, Dalits objected and asked if they had permission from the administration.

The altercation escalated from verbal exchange to violent clashes. Dalit houses were torched and in retaliation motor cycles used by Thakur youth were set on fire. By all available accounts Chandrashekhar was not present anywhere near the place of occurrence. But while Dalits protested police action, Chandrashekhar was booked for inciting violence. On June 8, he was arrested after 23 cases were filed against him.

Five months later, the Allahabad High Court granted Azad bail in all the cases. But within hours of the High Court order, UP government slapped the draconian National Security Act (NSA) on the Dalit leader, keeping him confined to the prison. On January 23, 2018, the government extended his detention under the NSA. “The government has communicated no reason for the extension of Azad’s detention. They just said they had proper grounds to impose NSA,” said Pradeep Narwal, Convenor of Bhim Army Defence Committee. “If Baba Saheb Ambedkar were alive today, BJP would’ve invoked NSA against him as well,” added a despondent Narwal.

The young man in jail clearly poses a political threat to dominant castes and to the ruling party in Uttar Pradesh. But is he a threat to the nation? Could he be held for sedition? Could the police have detained members of the Karni Sena which unleashed violence in Rajasthan and parts of western UP over a film?