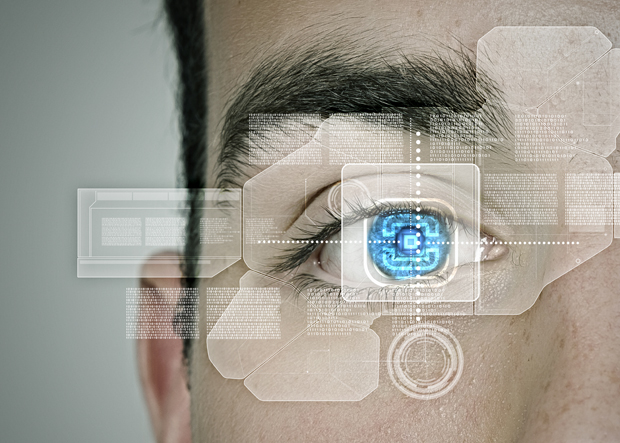 In 2009 India announced its grand universal biometric scheme “Aadhaar”. The scheme, managed by the Unique Identification Authority of India (UIDAI), collects the fingerprints, iris scans and facial images of applicants in exchange for a national identification number. First handed out in 2010 the numbers, randomised 12-digit codes, function as “internal passports” which can be used as proof of identity to access state services.

November 2013 marked 500 million enrolments to the scheme, making Aadhaar the largest biometric programme in the world. This year the scheme is set to be linked to major development reforms, and the collection of data, stored in a centrally controlled database, aims to improve transparency, reduce corruption and ensure access to the country’s myriad of welfare benefits.

India’s welfare state is characterised by “leakage”: by corrupt middlemen syphoning off benefits and claimants taking more than their share. The biometric scheme plays an important role in making sure that those who are entitled state aid receive it. But despite this developmental progress India lacks comprehensive protections for biometric data, raising serious concerns about individual privacy.

A report by Oxford Pro Bono Publico, a research centre affiliated to the University of Oxford, found India’s controls over the collection, storage and use of biometric data, compared to other jurisdictions, hugely deficient.

The sheer scale of the project compounds concerns, with UIDAI aiming to enrol every one of India’s 1.2 billion people.  The scheme was first introduced as voluntary, but as more and more development schemes are administered through it, welfare recipients seeking state aid have little choice but to hand over their data.

Justice Puttaswamy, a retired High Court judge, has led the charge in challenging the scheme on privacy grounds. As he argued in his petition to the Indian Supreme Court, “there are no safeguards or penalties and no legislative backing for obtaining personal information”. His complaint culminated in a Supreme Court interim order, which insisted that the scheme must remain voluntary and that those entitled to receive welfare should do so regardless of their Aadhaar status.

Attempts to circumvent the Aadhaar programme to deliver benefits, however, have become increasingly difficult. Last year, despite the Supreme Court order, reports emerged from Delhi that food-subsidy ration cards were only being handed out to those with national identification numbers. Arecent announcement by the Minister for Food and Civil Supplies, that consumers without Aadhaar cards would continue to receive discounted cooking gas, provoked oil companies and the Union Ministry of Petroleum and Natural Gas to return to the Supreme Court to file an appeal.

Aadhaar was introduced via an executive order, a lack of statutory backing that critics argue makes the scheme unconstitutional. As Shyam Divan, a practising lawyer and petitioner in a case against the UIDAI, explains, there is no legislative oversight of the collection, storage and use of biometric data. Controls on access are similarly scant. There are no provisions that address who can access the data, when and why. At the field level, agents enrolling applicants to the scheme are employed privately and work without government supervision. Once collected, the data passes through private hands before being transferred to the UIDAI’s central repository. Corporations (including the consulting firm Accenture, tech-solutions firm Morpho and American defence contractor L-1 Identity) are involved at every stage of the operation, a sprawling collection and transmission network that campaigners fear maximises the opportunity for abuse.

The case against the scheme on constitutional grounds is equally robust. Every time a person uses their unique Aadhaar number, a real-time confirmation is sent between the access point and central database, a process that activists complain amounts to covert surveillance. Critics argue that this tracking violates the right to privacy enshrined in Article 21 of Indian Constitution. According to campaigners insufficient information on the data-collection process also amounts to a lack of informed consent, a further rights violation.

Through public interest litigation various groups have taken the UIDAI to court over the lack of statutory backing and inadequate data protection, suits that the state has dismissed as “frivolous, misleading and legally incorrect” attempts at derailing a “project that aims to promote inclusion and benefit marginalized sections of society”.

The size and inefficiency of India’s welfare state imposes enormous pressures on officials to improve service delivery. The scheme’s defenders invoke a democratic justification, arguing the government has a responsibility to ensure that welfare spending reaches those that are most in need.

Nandan Nilekani, chairperson of the UIDAI, has admitted that he may not have done enough to persuade people of the benefits of the scheme.  But as Justice Puttaswamy insists “the way the government has gone about implementing this project is odd and illegal,” and questions about privacy still loom large.

This article was posted on 31 January 2014 at indexoncensorship.org