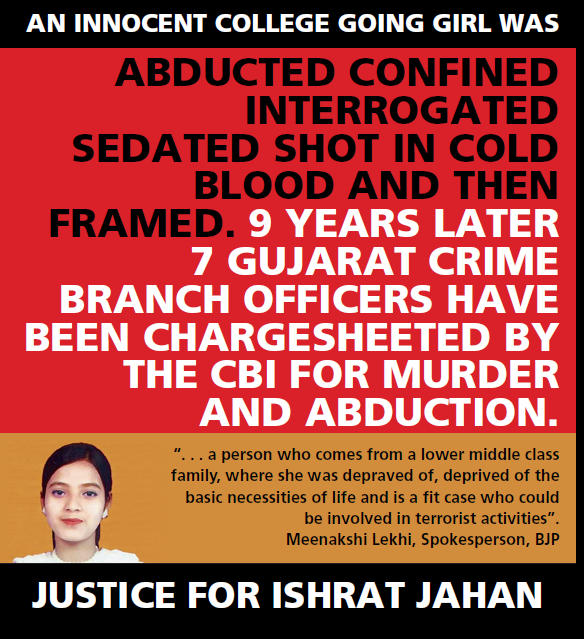 The court rejected Amin’s plea that he was entitled for ‘default bail’ since the CBI had failed to file chargesheet against him within 90 days of arrest, as required under the Criminal Procedure Code.

Amin, who was arrested on April 4, 2013 in the case, had contended that the chargesheet filed on July 3, 2013 was incomplete and hence it amounted to not filing the charge-sheet within 90 days.

Amin had to move the apex court after the High Court held that the chargesheet filed by CBI could not be deemed incomplete.

The chargesheet against Amin and six other police officers alleged that 19-year-old Mumbai-based girl Ishrat Jahan, Javed Sheikh alias Pranesh Pillai, Zeeshan Johar and Amjad Ali Rana were killed in a fake encounter in 2004. It alleged that it was a joint operation of state police and Intelligence Bureau.

Amin is accused of abducting Ishrat and Sheikh from Vasad two days prior to the killings, and firing the shots during the so-called encounter.

IPS officer G L Singhal, retired DSP J G Parmar, Mehsana DySP Tarun Barot and commando Anaju Chaudhary have been granted default bail in the case by the special CBI court as the agency failed to file charge-sheet within 90 days of their arrests.

Amin is also an accused in the killing of Sohrabuddin Shaikh in a fake encounter and was granted bail by the Bombay High Court.