Israel and the curious case of Prisoner X 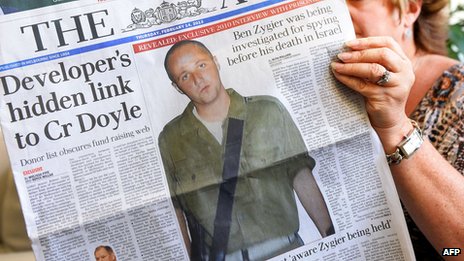 Details about Prisoner X have been revealed in the Australian media

Many questions remain unanswered in the mysterious case of Israel‘s so-called Prisoner X, an Australian-Israeli man imprisoned under a false identity who died in custody – it is not known what he was accused of or exactly how he died in a high security jail two years ago.

A government gag order that remains partially in place could leave key facts shrouded in secrecy for some time.

However, the details that have come out over the past few days – and the way that they have emerged – have sparked an open, vigorous debate in the Israeli media about civil rights and issues of censorship.

In 2010, brief articles were published on the online news website, YNet, saying that an Israeli was detained in isolation at Ayalon Prison, near Tel Aviv, and later that he had committed suicide. Both stories were later removed.

A blanket ban meant that no more was reported until Tuesday, when Australia’s ABC News identified the dead man as Ben Zygier, 34, originally from Melbourne.

It said that he had moved to Israel in 2000, and quoted sources suggesting he was imprisoned for misconduct after spying for the intelligence agency Mossad.

The left-leaning newspaper Haaretz reported on the ABC programme on its website and then took the page down. It also reported that the prime minister’s office had asked media editors to withhold information that was “very embarrassing to a certain government agency”.

It was only after three Israeli MPs used their parliamentary immunity to raise the issue in the Knesset that the censor was forced to ease restrictions and permit coverage of the ABC findings.

On Wednesday, in a column titled Cloak and Dagger democracy, Haaretz editor Aluf Benn sharply criticised the head of Mossad for his handling of the affair, suggesting he was “still living in the previous century” beyond the reach of Facebook, Twitter and Instagram.

“Beyond the highly fortified walls of his office there is an entire world without restrictions and constraints, in which people are free to exchange information, opinions and even photographs,” he went on.

He called on censors, judges and security officials to accept “the concept of a free media operating in a democratic state”.

This outburst prompted the chief editor of the conservative Israel Hayom, Amos Regev, to accuse Haaretz of “hypocrisy, cynicism and arrogance”.

“The Mossad is not the enemy. The Mossad protects us, the citizens of Israel,” he said.

Social media encourages us to share content, to push it to our friends and contacts – there’s no gag order that can stop that”

“Does the public’s ‘right to know’ require us to set a spotlight on each action of an agent, spy or fighter, who endangers their lives so we can live in peace? Who appointed us, the journalists, as experts about everything?”

While Israel prides itself on its democratic values like free speech, there is military censorship.

To receive an official press card, journalists must sign an agreement pledging not to publish any security information that could help Israel’s enemies or harm the state. Most know how to tread carefully.

With the facts in this case still murky, human rights groups have also been cautious when raising their concerns about the treatment of Prisoner X.

The Association for Civil Rights in Israel wrote to the Deputy Attorney General suggesting it should be possible to safeguard state security while being transparent about any failures.

“There is considerable public interest in information on the investigation into the detainee’s death, and in answers to the following questions: Was it really suicide? Was there negligence in the supervision of the detainee? Has any official body taken responsibility? What steps have been taken to prevent the recurrence of similar events in the future?” it said.

Israeli security experts say that the action taken against Prisoner X was highly unusual. “As far as I know, in recent decades it’s unique,” says Martin Sherman, who heads the Israeli Institute of Strategic Studies.

“I would have thought there was almost irrefutable proof of him having done something [wrong] otherwise they wouldn’t have risked such an extraordinary measure.”

Speculation is rife that Mr Zygier, also known as Ben Alon, was suspected of being a double agent or was being threatened to hand over sensitive information.

Australian sources suggest that their intelligence service had questioned him about trips that he made to Iran, Lebanon and Syria, and Mossad’s operation methods relating to foreign passports.

Mr Sherman disagrees that the media blackout was a failure.

“I can imagine a scenario where winning two years of secrecy gave the Mossad time to organise alternative arrangements for whatever they thought was threatened by this guy’s transgression,” he says.

But media analysts argue that recent events showed that in the digital age ultimately gag orders do not work.

“They are simply ludicrous. I think that the government that asked the courts to issue one now understands that,” says Yuval Dror, an expert on digital media at the College of Management.

“Social media encourages us to share content, to push it to our friends and contacts. There’s no gag order that can stop that,” he adds.

For Israelis, there was a familiar pattern to the way in which information was revealed this week via the foreign media. Here, journalists often leak stories forbidden for publication to their overseas counterparts and then quote their reports. 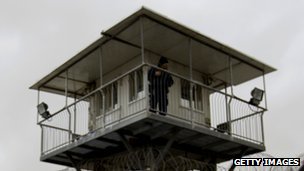 So far, the only official Israeli account about Prisoner X comes from a district court.

It confirms that an Israeli with an unspecified dual citizenship was imprisoned under a false name “out of security considerations”, that his family was informed and he was given legal representation.

After the man was found dead in his cell in December 2010, a judge ruled it was suicide. The state has now been asked to check for possible negligence.

Following an interesting parliamentary session in Canberra, the Australian media continues to serve as a main source for Israeli news leads.

The Australian foreign ministry has now admitted it knew of Mr Zygier’s detention as early as February 2010.

And other foreign reports are surfacing. The Kuwaiti newspaper, al-Jarida, implicates Mr Zygier in the assassination of a senior Hamas official in Dubai in January 2010. Australia complained to Israel at the time after faked Australian passports were used.

#India -Rape. And how men see it #Vaw #Justice #Womenrights
Goa- Violation of election code - THE BARS OPEN
Stop victim shaming: No tolerance to misogyny at SRFTI #Vaw
#Mumbai -Why is Medha Patkar on Indefinite #HungerStrike since April 4th, 2013 at Golibar #mustsha...