The notion of having been born with extraordinary talent is purely monarchical propaganda peddled by royalty, devoid of any scientific basis.

Baahubali 2 has broken all box-office records in recent memory. A week after the movie was released, crowds continue to pour into halls and multiplexes across the nation.

The franchise’s brave experimentation with grandeur and world-class cinematography has paid rich dividends.

But the reason the movie has struck a chord with the audience is more than merely an appreciation for a movie well made, it has catapulted Baahubali to the pedestal of the icon who has stolen hearts, with the movie leaving no stone unturned in his heroic portrayal. The audience has responded with unrestrained adulation.

Who will not have a soft corner for a movie with a hero who has courage, humility, kindness, intelligence, et al? Also a Telugu epic movie receiving such national acclaim has been met with much admiration. 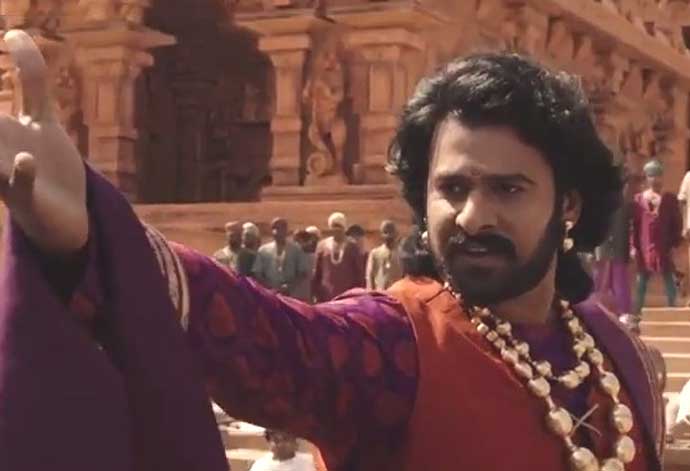 The movie, in various instances, portrays in positive light those who abide by the ‘kshatriya dharma’.

Yet, as I sat watching the awestruck audiences identifying with Baahubali, I could not but help notice audiences found almost nothing problematic with the glorification of the casteist, monarchical, violent and somewhat patriarchal mentality.

The movie, in various instances, portrays in positive light those who abide by the “kshatriya dharma”.

Baahubali also makes the audience view with awe the kshatriya pride of its protagonist. Moreover, the slavery of Katappa and his blind devotion are casteist to the core.

So it was disturbing when Katappa adhering to an unfair contract he was subjected to was shown as a virtuous act. Baahubali also sees the emergence of strong female characters, who ultimately end up playing second fiddle to their male counterparts.

The way the audience cheered such acts and “morals” only reveals what we all fear but rarely acknowledge: that just digging a little deeper inside our supposed modernity would expose the entrenched casteist mindset and identification exercises we practise.

When Baahubali severs the head of the army chief who assaulted his wife and we identify with his action, one understands why cow vigilantes, those advocating retaliatory beheading of rival army soldiers, or the encounter killings of suspects, find traction and validation in our society.

We have always preferred a hero who provides quick fixes over the kind who arrive at systematic solutions with patience, perseverance and vision.

We sanction medieval modes of inhumane, irreversible and disproportionate punishment such as beheading — be it at the hands of Baahubali in a movie, or that authorised by state agencies in real life.

Also, the modern system of justice is based on a nuanced understanding of the human mind, where it is recognised that none of us is pure evil or an epitome of virtue, and hence the good that is inside each one of us must be given a second chance.

Yet, a large section of our society continues to adhere to the simplistic and dangerous notion of being seen as black or white as does the movie, which tries to portray Baahubali as someone with unbridled virtue and his archenemy Bhallala Dev as overly vicious.

The movie portrays Baahubali as a lord gifted with extraordinary superhuman skills, just as his child.

The system of monarchy propagated the beliefs that royal blood gave people special attributes and that they possessed extraordinary skills — exactly as the movie shows with Baahubali, his wife and their son.

This notion of having been born with extraordinary talent is purely monarchical propaganda peddled by royalty, which is devoid any scientific basis.

Then again, the monarchical concept of the natural right to rule or the kings’ right to make arbitrary decisions and his subjects’ obligations to adhere to them is easily accepted, even celebrated by the audience.

No wonder then that our elected representatives still rule as if they were a different, entitled species.

The slavery of Katappa and his blind devotion are casteist to the core.

The opaqueness, the arbitrariness that is so definitive of the way our institutions function can, perhaps, in part be due to the hold of monarchical ideas over the minds of most of us.

Baahubali also sees the emergence of strong female characters, who ultimately end up playing second fiddle to their male counterparts.

In seeking to not celebrate casteism, vigilantism or the monarchical attitude of past heroes or characters, it may seem that I wonder if — in the past — when the society had regressive elements adhered by the people of the time, we should vilify those people, even the heroes of those times.

To the contrary, I believe one must not demean them by condoning or celebrating their regressive traits; rather, we should acknowledge what they did wrong even as we celebrate the notable shades of their character.

But instead of the acknowledgement, the identification and celebration of such backward, medieval values makes Baahubali a strong commentary on our incomplete transition to being a modern republic.