The American election feels like the upending of the previously familiar political world because that’s what, in many respects, it is. But not in all respects. It is very important not to exaggerate or to over-generalise what the election of Donald Trump means. Only by not exaggerating and not over-generalising can we understand the true and specific seriousness of what is really happening. One of the things that has happened this week is, after all, very traditional indeed. Since 1950, America has had seven two-term administrations: those of Eisenhower, Kennedy-Johnson, Nixon, Reagan, Clinton, George W Bush and Obama. Only once – when George Bush Sr was elected in 1988 – did the outgoing president’s party get its candidate returned to the White House. The other six times they failed. After eight years of the same party in power, Americans tend to vote for change, as they did on Tuesday. That looks like an established pattern to me.

Specially crafted for Windows 10, this app gives you full access to the Guardian’s award-winning content. With automatic caching, you can keep reading even when you’re offline.

Similarly, it makes good headlines to treat Trump’s win as a tsunami of the ignored that overwhelmed the established and complacent. Again, in some respects that is true. But be careful. It hardly squares with the result of the popular vote, in which Hillary Clinton got more votes than Trump this week, only the second time in the past 100 years that a winner has trailed his rival. Nor does it easily explain why Trump, who was supposed to be bringing squadrons of new voters to the contest, actually polled fewer votes than Bush in 2004, John McCain in 2008 and even Mitt Romney in 2012.

If you delve into the exit poll material from Tuesday’s contests, the simplicities also diminish, to be replaced by a much more nuanced demographic picture. It’s a strange uprising of the poor in which a majority of those on lower incomes voted for Clinton, or in which the majority of those who thought the economy was the biggest issue facing America voted for Clinton too. Yet both things happened this week. And it’s an odd young-voter rejection of Clinton in which she actually polled more strongly among millennials (55%) than she did among any other age demographic.

We perhaps get closer to the matter when we learn that fully 78% of those who think their financial situation is worse today than in 2012 voted for Trump, and only 19% for Clinton. Or that 63% of those who think life for the next generation will be worse voted for him too. Or that 65% of those who think trade takes away US jobs voted Trump. Yet don’t leap to the conclusion that these left-behinds and pessimists are the majority of the electorate. They aren’t. They are only about a third of it. Most Americans think things are not going too badly.

Now I’m not arguing that nothing important happened on Tuesday. That would be absurd. But I am arguing that the American mood this week was within the bounds of the foreseeable and the explicable. Those of us who did not foresee it certainly have some explaining to do. Even so, the really distinctive thing that happened was not the size or composition of the majority that sent Trump to Washington. That’s in many ways very familiar. The really distinctive thing was Trump himself. He, Trump, is the revolution, not his voters. The change is Trump and Trump is the change.

This because he himself is a unique phenomenon in presidential politics. As is often said, he is the first president of the modern era to be elected without political or military experience. He is other firsts too: the first to campaign so relentlessly on Twitter; the first to pledge to jail his opponent; the first to get into slanging matches with his own party; the first to abuse so many minorities so flagrantly or to flaunt such sexual aggression towards women; the first to deny that his predecessor is an American.

What really stands out about Trump, however, is not his personality and manner, unattractive though they are. What stands out is that he is an anti-liberal. Trump is neither a social liberal nor an economic liberal. That marks him out from every modern American president. Not every president of recent times has been both kinds of liberal. Of the last three men in the White House, Clinton was both. Bush was a social conservative but an economic liberal, while Obama was generally the reverse. Trump, on the other hand, is neither.

That is why Trump matters so much. He is an anti-liberal president for post-liberal times. He embodies extreme hostility to social liberalism – in the form, to take a few examples, of his contempt for ethnic minorities, his hatred for Muslims, his indifference to due process, his dismissal of rights, his willingness to use torture, his mocking of the disabled, his dismissal of political correctness, and above all, perhaps, his attitude to women. He is not alone in these attitudes in his party. Indeed, in some respects, Trump is the culmination of the deep-rooted hatred for social liberalism, embodied for decades for many Republicans byHillary Clinton, that has marked the American conservative right for years and has few echoes in Europe. 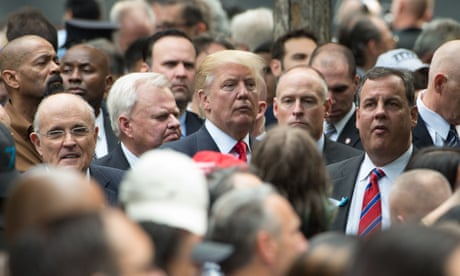 But Trump is even more hostile to economic liberalism. His entire campaign has been marked by the insistence that government can protect American jobs and livelihoods against globalisation. This preparedness to stand against global liberal economics is the core of Trump’s uniqueness. But it is also by far the most interesting and potent aspect of his campaign.

In his own deeply egotistical and socially illiberal way, Trump stands for something true. He stands for the recognition that the global liberal order has not worked well, that intervention by the state is the only means of correcting and revising it and that socially liberal US regimes have fallen short. He also grasps that many voters have concluded this, not on the basis of prejudice (though prejudice is often involved) but on the basis of their own direct experience. 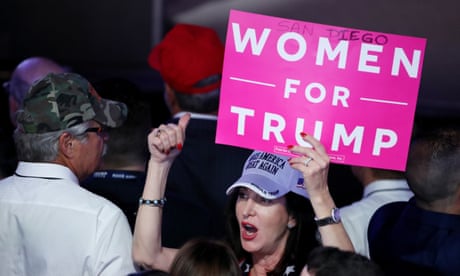 Abhor Trump, by all means. There are many reasons to do so. But do not ignore his insight. The answer to Trump and Trumpism, in America and beyond, is not indignation and a determination to recreate the old liberal and socialist projects in a purer form than ever. It is indignation, a touch of grudging respect, and a willingness to decide what is worth saving from those projects of the past – and what needs to be junked – if they are to be renewed for modern times as they can be.https://www.theguardian.com/commentisfree/2016/nov/10/donald-trump-voters-liberal-order?CMP=share_btn_link