“Am not an expert on copper smelting but I know India has immense use for copper,” Jaggi Vasudev said. 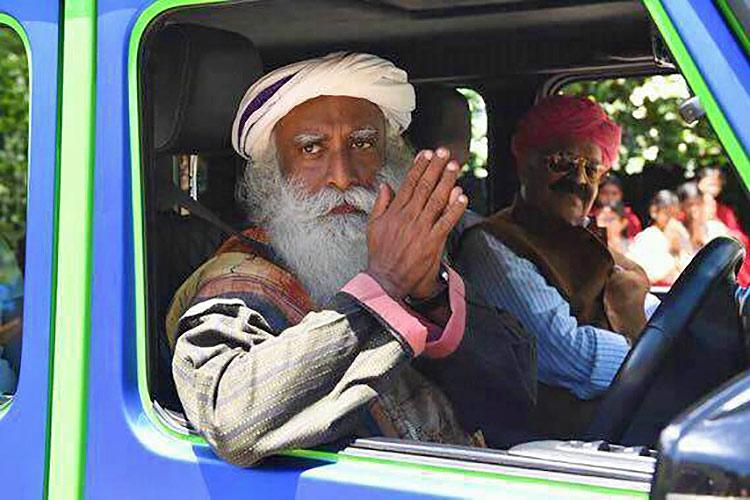 Spiritual guru Jaggi Vasudev, known as Sadhguru, has spoken up in defence of the Sterlite Copper plant in Thoothukudi. Jaggi Vasudev gave an interview to an English TV channel on Sunday, and after several people reacted to his comments during the interview, he took to Twitter on Wednesday to back the Vedanta-owned company.

Jaggi Vasudev, who runs the Isha Foundation, tweeted, “Am not an expert on copper smelting but I know India has immense use for copper. If we don’t produce our own, of course we will buy from China. Ecological violations can be addressed legally. Lynching large businesses is economic suicide.-Sg”

Am not an expert on copper smelting but I know India has immense use for copper. If we don’t produce our own, of course we will buy from China. Ecological violations can be addressed legally. Lynching large businesses is economic suicide.-Sg @Zakka_Jacob @CMOTamilNadu@PMOIndia

His tweet came after a recent interview with CNN News18’s Zakka Jacob. When they touched on the topic of the Sterlite plant in Thoothukudi and the subsequent protests, Jaggi Vasudev said, “Now you close down an industry because of political pressure…This is not right. You compel the industry to find ways to ensure pollution doesn’t happen. I am sure there are ways to do it… You close down business after business like this, where will you take this country?”

Just days ago, yoga teacher Baba Ramdev, too, tweeted in support of Sterlite after meeting with Vedanta’s Executive Chairman in London. And much like Ramdev’s tweet, Jaggi Vasudev’s tweet, too, made no reference to the pollution caused by the company, because of which it was shut down by the Tamil Nadu Pollution Control Board. He also made no reference to the police shootout, that left 13 people dead and injured several others on the 100th day of the protests against the plant.

Rather than looking at the social impact of the protests, his comment merely focussed on economic aspect of shutting down a single plant. Moreover, it is ironical that he chose to use the words ‘lynching’ and ‘economic suicide’ to describe the shutting down of a company, without mentioning the fact that 13 people were killed in the police firing.

Jaggi Vasudev’s Isha Foundation has been embroiled in a controversial legal battle over its facility in Coimbatore since 2012. It has reportedly received demolition notices from the state government in the past. The Vellingiri Hill Tribal Protection Society has sought demolition of the alleged unauthorised structures constructed by the foundation, so as to restore the wetlands at Ikkarai Boluvampatti Village.

Animal rights activists have also been engaged in a running battle with the Isha Foundation. They allege that the construction work by the Foundation has adversely impacted the ‘elephant corridor’ in the western region of the state. However, Jaggi Vasudev has repeatedly claimed there is no such thing as an ‘elephant corridor’.

Sterlite Copper plant in Thoothukudi has been in the eye of a storm for several months now, as the people of Thoothukudi started protesting against the pollution by the copper smelter. Several documents show that Sterlite did not follow environmental norms, especially regarding the height of the chimney stacks, as well as the green belt required around the plant in order to reduce the effects of the effluents released by the factory.

On the 100th day of the protest on May 22, as thousands of people gathered, the police resorted to shooting at the protestors in a bid to quell the protests after some agitators reportedly resorted to stone pelting.

Visuals from Thoothukudi showed some of the police officers in plainclothes taking aim with snipers and shooting at the protestors. In the shootout, 13 civilians were killed, including a minor girl, Snowlin.

Sterlite’s smelter was shut down on May 28, after the TNPCB declared they were not following environmental norms

Police of Murshidabad planfully attacking activists of MASUM
#Sundayreading - Hashimpura and the echoes of 1857
Kaiga nuclear plant expansion: Expect body blow for Western Ghats biodiversity
India - Muffling of the media and the slide down to khakistocracy