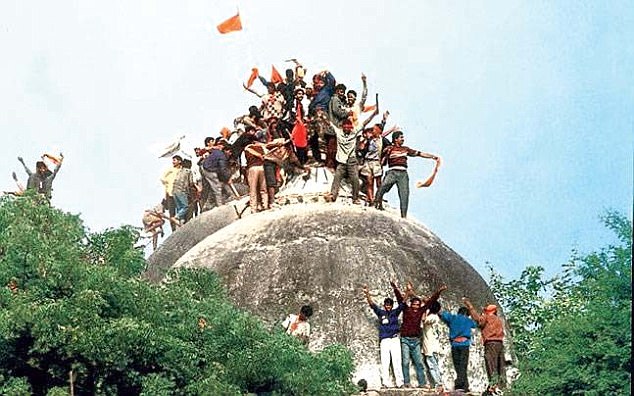 CHANDIGARH, Punjab—Although the Supreme Court of India has cited Guru Nanak Sahib’s visit to Ayodhya to favor the claims of Hindu community over the 2.77 acres disputed land of Babri Masjid but Sikh intellectuals don’t hold the same opinion as of Supreme Court’s judges. Notably, the Supreme Court judges have given reference to several Janam Sakhis to back their verdict in the favor of Hindus.

Speaking to Sikh24, Sikh intellectual Dr. Harpal Singh Pannu said that there is an illustration about Guru Nanak Sahib’s visit to Ayodhya in the Bhai Bale Wali Janam Sakhi but it has not been written anywhere that Guru Nanak Sahib went to Ram Mandir.

It is pertinent to note here that the authenticity of Bhai Bale Wali Janam Sakhi has always remained under questions and it has never been accepted by all the sections Sikh Panth.

Disagreeing with the lines written in the Supreme Court’s verdict that Guru Nanak Sahib went to Ayodhya to have darshan of Ram Janam Bhumi, he said that Guru Nanak Sahib also went to several prominent cities like Banaras, Kashi, Mecca etc. and everywhere he taught the humanity to get rid of superstitions.

It is noteworthy here that the five member SC bench delivered its verdict in favor of Hindus by citing Guru Nanak Sahib’s visit to Ayodhya in 1510-11 while the Babri Masjid came into existence in 1528-29. Earlier, the Archaeological Survey of India (ASI) had told the Supreme Court of India that the mosque was constructed on pre-existing structure which was not Islamic. However, the ASI also didn’t say that this structure matched to Hindu architecture.