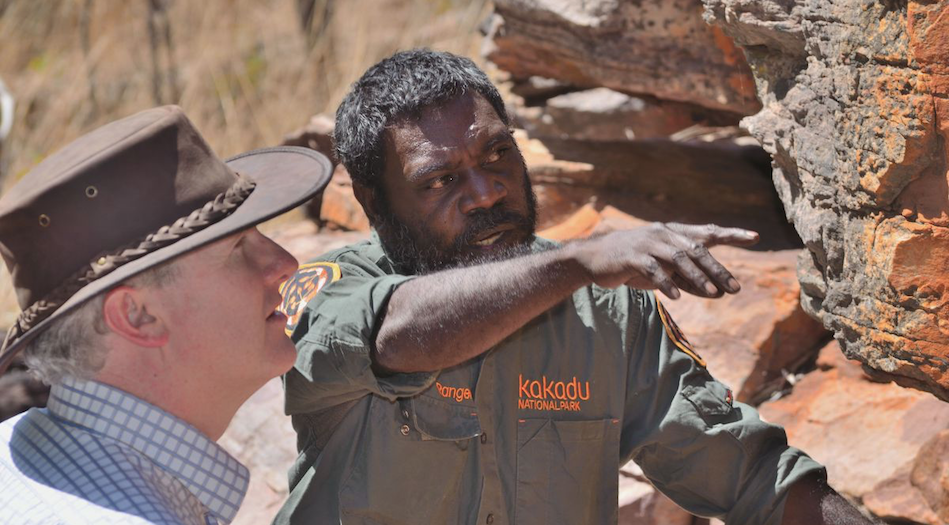 “My responsibility is on that land and I don’t own the land. The land owns me.”

As the sole surviving member of the Djok clan, Jeffrey Lee is the traditional owner and senior custodian of the 12.5 square kilometer Koongarra Project Area, which was excluded from the World Heritage protection of Kakadu National Park when the Park was established in 1979, because it contains a major uranium deposit.

Kakadu National Park is an enormous, biodiverse nature reserve in Australia’s Northern Territory. The park has been home to Aboriginal people for more than 50,000 years, and many of the park’s extensive rock art sites date back thousands of years. The Koongarra enclave is situated in the eastern part of Kakadu and is completely surrounded by the World Heritage property.

The French nuclear energy giant Areva, which holds exploration licences for the uranium deposit, had been pressuring Lee for decades to let the company mine the area, knowing that as the only member of his clan, he in effect controlled the fate of Koongarra. Jeffrey would have become one of Australia’s richest people if he had allowed Areva to extract the estimated 14,000 tonnes of uranium from the area.

The short video with Lee below — A win for Kakadu — explains his quest to protect the land.

However, despite what Lee describes as “enormous pressure” on him “for a long time”, he has refused to be swayed in his determination to never allow the ecologically sensitive land to be mined. He rejected all offers made to him, stressing that “my responsibility is on that land and I don’t own the land. The land owns me.” He says that there are places on his land where the rainbow serpent has entered the ground that are so sacred that he can’t even go to them or talk about them.

“I can’t allow people to go around disturbing everything,” he said. “There are sacred sites, there are burial sites and there are other special places out there which are my responsibility to look after,” he told the Sydney Morning Herald.

“My father and grandfather said they would agree to opening the land to mining”, Lee recounts, “but I have learnt as I have grown up that there’s poison in the ground. My father and grandfather were offered cars, houses and many other things, but nobody told them about uranium and what it can do. It’s my belief that if you disturb that land bad things will happen.”

In 2010, The Age reported that millions of litres of radioactive water have flowed from the existing Ranger uranium mine into Kakadu National Park in a series of environmental mishaps beginning in December 2009. Since it opened in 1981, Ranger has had more than 150 leaks, spills and licence breaches. The disputed Jabiluka uranium mine is also situated inside the park. 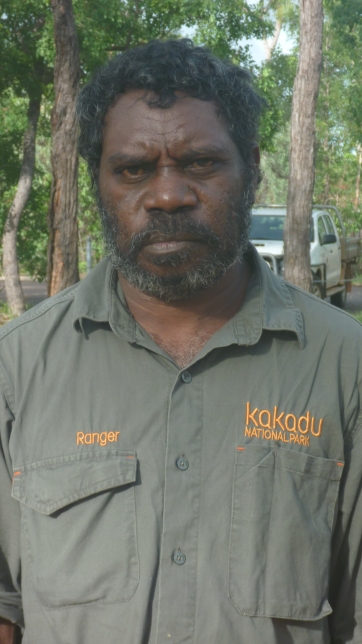 Jeffrey Lee is a ranger in Kakadu National Park.

“I’m not interested in white people offering me this or that”, Jeffrey says, “it doesn’t mean a thing. I’m not interested in money. I’ve got a job; I can buy tucker; I can go fishing and hunting. That’s all that matters to me.” Instead of giving the green light to mining, Jeffrey chose to offer the land to the Australian federal government to become part of the World Heritage-listed Kakadu National Park, where, he said, “it will be protected and safe forever”.

As a result, the World Heritage Committee in June 2011 decided to incorporate Koongarra in the World Heritage site, listening to a personal plea from Lee and ignoring a last-minute request by Areva to remove consideration of the application from the meeting agenda. The World Heritage Committee’s decision explicitly states that the Committee “Commends the State Party on its efforts to integrate the Koongarra Project Area into Kakadu National Park which will involve an absolute prohibition of mining…” and “Notes with appreciation the commitment of the State Party, and the traditional land owners, not to permit any mining within the property, as extended through the addition of the Koongarra project area.”

In a written statement, Lee said: “This is a great day for me, my country and my culture. My mind is at peace now that I know that there will be no mining at Koongarra and that Djok lands will be protected forever in Kakadu National Park.

“I have said no to uranium mining at Koongarra because I believe that the land and my cultural beliefs are more important than mining and money. Money comes and goes, but the land is always here, it always stays if we look after it and it will look after us,” wrote Lee.

I have personally met Jeffrey Lee on two occasions: first in Kakadu National Park in 2007, where he gave a lecture on the preservation of Aboriginal rock art in the Park; and then again during the World Heritage Committee’s meeting in Paris. I found him to be a very kindhearted and humble person. As Dave Sweeney, the Australian Conservation Foundation’s national nuclear campaigner has noted: ”Jeffrey Lee has put country and culture ahead of personal profit and his vision means this magnificent place will be protected for all people and all time.”

And an anonymous blogger who goes by the name aka.alias writes: “Lee is a man who should be introduced in classrooms all across the world as a man to respect and emulate, a man our children would do well to think of as a role model. This man of ideals truly is a man without a price tag.”

Jeffrey Lee is pictured in the headline photo in 2011 with then Australian Environment Minister Tony Burke.

Press Release - Three women wounded in illegal Blast in Stone Quarries in Rajasthan
Ahemdenagar - Dalit family is hacked to death #WTFnews
Communal Tension in UP’s Mahoba, Section 144 Imposed Till Eid
FIR being filed against every shopkeeper who does not open his shop in Koondakulum