I am against any sort of violence. I don’t know why I was attacked,” Swami Agnivesh told NDTV

Swami Agnivesh, was attending an event in Pakur, about 365 km from state capital Ranchi. He was flanked by tribals who were holding bows and arrows. He was attacked by a group as soon as he came out of a hotel there. The alleged BJP workers were chanting “Jai Sri Ram” as they thrashed the 80-year-old activist.

Agnivesh was there to attend an event in a hotel. The moment he came out of the hotel, he was attacked. The assaulters were reportedly upset with Agnivesh’s recent statement defending consumption of beef. 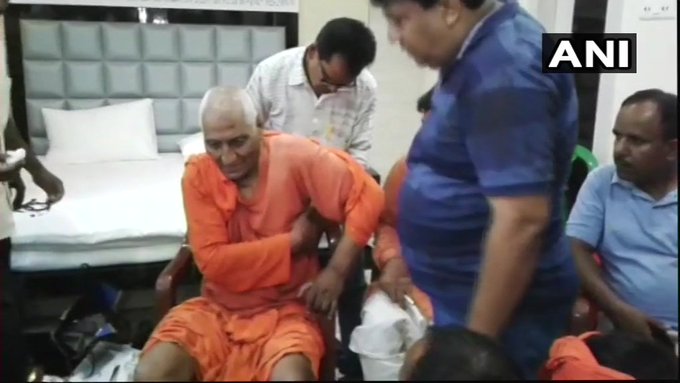 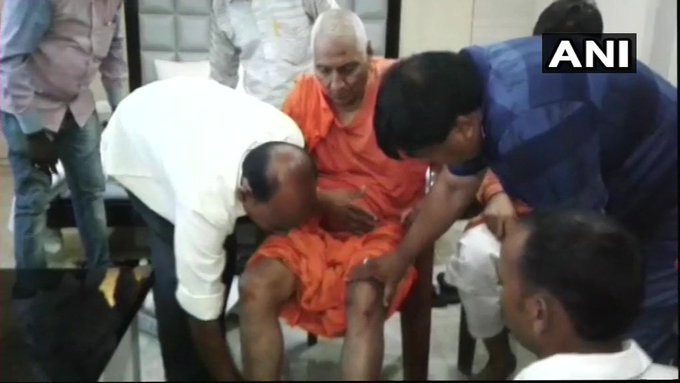 They thrashed him and tore apart his clothes. He was also shown black flags.

The BJP, however, distanced itself from the incident saying its workers were not involved in it. “They weren’t workers of our party. We condemn this but his track record is such that this reaction doesn’t come as surprise. Pakur has recently been in news for religious conversion,” said P Shahdeo, Jharkhand BJP spokesperson.

“I am against any sort of violence. I am known as a peace-loving person. I don’t know why I was attacked,” Swami Agnivesh told NDTV. We have asked for investigation, he said.

Swami Agnivesh said there were no policemen around. Local reporters said BJP youth wing’s workers were outside his hotel to protest his visit, but he was completely taken aback when he was attacked, he said.

“I had offered to hold a dialogue with them. But nobody came to speak to me. I was going to a sammelan (seminar) with my tribal friends when they launched an attack. They were carrying black flags and without any warning pounced on me. They punched, kicked and dragged me on the ground. They also used cuss words,” Swami Agnivesh told NDTV.

The activist likened the attack to mob lynchings that have been reported in several states in the past one year. In all the cases, the blood-hungry mobs had consumed rumours about cow smuggling and presence of child kidnappers on social media, especially WhatsApp.

Swami Agnivesh is injured and the doctors are running tests at a local hospital.

The attack appears to be pre-planned and the police have detained 20 men for the violence.

Death Toll up to 7 in Riots over Water Tanker Killing in Mumbai
Demanding an End to AFSPA: Irom Sharmila Believes in the Power of Struggle
Sardar Patel statue threatens 11 villages and may displace 11,000 tribals #WTFnews
AIDWA strongly supports the struggle of Anganwadi workers and helpers in Haryana and Delhi