A circular issued earlier by the Jawaharlal Nehru University made 75 per cent attendence mandatory in all fields. 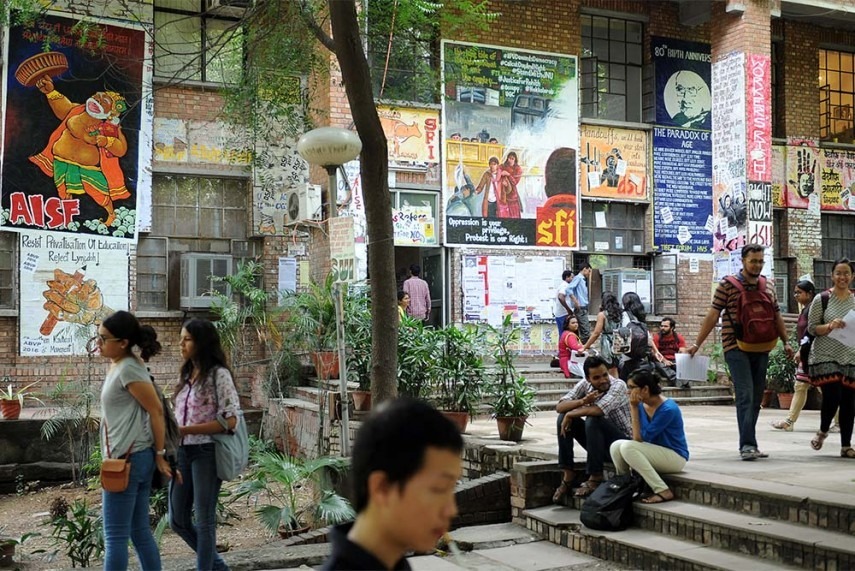 The Indian Express reported that the varsity had set up an inquiry committee following which the top heads were removed as they refused to implement mandatory attendance order.

Since early 2016, Jawaharlal Nehru University(JNU) of New Delhi has been hogging the news headline at regular intervals. The latest controversy has been over the decision of the JNU authorities to make attendance mandatory for all university registered students in all programs from winter semester starting from January 2018.

A circular issued earlier by the Jawaharlal Nehru University making 75 per cent attendance mandatory for availing scholarships, fellowships and other facilities including hostel for students in all courses, including research, had  sparked protests by the students and the teachers’ association.

Jawaharlal Nehru University Teachers Association (JNUTA), which began a protest last month demanding withdrawal of circulars issued on attendance and convening the indefinitely postponed AC meeting, said it would intensify the agitation if the administration did not consider it. “We will take up creative ways to intensify the protest and go out and meet people of influence outside the university, including MPs and officials from MHRD,” JNUTA president Sonajharia Minz said.

Dean of the School of Arts & Aesthetic, Kavita Singh, was also one of the receipients of the removal letter. On Wednesday, reported the IE, she was sent an official communication saying: “The Executive Council in its 272nd meeting held on March 13 confirmed the decision taken in the 271st (emergency) meeting of the EC on resolution number 08 of the 144th (A) meeting of the Academic Council, held on Dec 1, 2017 regarding compulsory attendance in all regular courses, and authorised the Vice-Chancellor to replace the existing Deans of Schools/Chairpersons of Centres who have not complied with, or refused to, implement the attendance system in the university, with the Acting Deans/Chairpersons.”

Singh has been replaced with someone who is not even from the same school. “In pursuance of the above decision, the Vice-Chancellor has appointed Professor Mazhar Asif, Centre for Persian & Central Asian Studies, as the Acting Dean, School of Arts & Aesthetics, with immediate effect…,” the order further added.

A senior university official had on Tuesday told The Indian Express, “Teachers and students have every right to democratically protest any issue but if Chairpersons and Deans begin to oppose in writing, it goes against the grain of administration.”

The university’s students’ union had last week anounced a referendum on March 7 on the issue. Over 98 per cent of the JNU students who participated in the students unions’ referendum on the compulsory attendance initiative voted against the move.

The mandatory attendance rule could be stifling for research students. They do their research not inside their classroom or laboratory, but in libraries or in areas for their field studies. Easy and faster internet access have made it even possible for most of the research and writings to be conducted from hostel rooms or homes.

Critics of the rule say that bodily attendance in the classroom does not mean student is actually engaging nor guarantee that the student can successfully operationalize a skill or apply knowledge. Rather, making attendance mandatory helps the ‘lazy’ professors to use this easy method to assess the academic performances of students. Students seeking high grades usually attend the classes regularly in a mandatory attendance system. By just being present physically in the classroom does not help if the student is not engaged in his education in and outside his classroom.However, an adult student in a university system if has interest to learn can very well excel in studies without attending classes.

“Compulsory attendance in universities in general and in a research university like JNU in particular is not an idea based on academic wellbeing of the students. And, for the professors, the system not only has the potential to create classroom distractions, but also can increase more administrative duties and cut down their lecture time.”