Judge rips apart ED for ‘speedy action against Zakir Naik, but none against Asaram Bapu 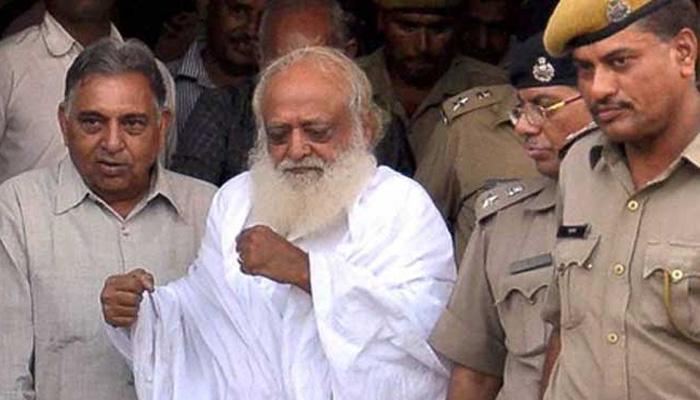 When the ED lawyer said that Naik instigated youths through his speeches, Justice Singh pointed out the ED did not produce any prima facie evidence or statements from “such misguided youths” as to how these speeches pushed them to commit illegal acts.

New Delhi: After NIA suffered an embarrassment with quashing of its Red Corner Notice request by the Interpol, the Enforcement Directorate (ED) on Tuesday was pulled up by a judicial tribunal over its investigation against controversial Islamic preacher Zakir Naik.

Justice Manmohan Singh, who heads the Appellate Tribunal for PMLA (Prevention of Money Laundering Act) at New Delhi, restrained the agency from taking over Naik’s properties attached by the agency, and drew a parallel between Naik and self-styled spiritual leader Asaram Bapu.

“I can name 10 babas who have properties worth more than Re 10,000 crore each and they are facing criminal cases. Have you acted against even one of them? What have you done against Asaram Bapu?” it asked the counsel for the ED.

Raising questions whether ED was being selective in acting against Naik, the Tribuna’s chairman observed that the agency seems to have done nothing in the last 10 years about confiscating properties of Asaram but looked to act a lot quicker in this case.

The Tribunal grilled the ED’s counsel over the grounds as to why the properties required to be attached when the chargesheet had not made out appropriate scheduled offences.

When the lawyer said that Naik instigated youths through his speeches, Justice Singh pointed out the ED did not produce any prima facie evidence or statements from “such misguided youths” as to how these speeches pushed them to commit illegal acts.

“Have you recorded anybody’s statement as to how they were influenced by these speeches? Your chargesheet does not even mention how these speeches played any role in a terror attack in Dhaka in 2015,” he said.

Justice Singh then said that it appeared the ED, for the sake of its own convenience, ignored 99 per cent of these speeches and relied upon only 1 per cent.

“Have you read the speeches which form part of your chargesheet? I have heard many of these speeches and I can tell you that so far I haven’t come across anything objectionable,” the judge told the ED’s lawyer.

The Tribunal then ordered a “status quo”, thereby stopping the ED from taking possession of a school in Chennai and a commercial property in Mumbai.

The ED has already attached Naik’s three properties, including these two, but the judge said the agency cannot now proceed with the physical possession. The Tribunal then adjourned the matter to hear at length about the validity of the attachment proceedings.

Naik’s appeal has stated that he was not even served notices before properties were attached and that the chargesheet made out no such offence that warranted confiscation of his properties.

Last month, the NIA had to face embarrassment when the Interpol quashed its request, made through the Ministry of External Affairs, for issuance of a Red Corner Notice.

Interpol had called the NIA’s request a “premature” plea, noting the request had been made without a chargesheet being filed against Naik whereas the purpose of a red notice is to facilitate a country to seek the extradition of an accused charged for an offence, not a suspect merely under investigation.

A Red Corner Notice would have restricted international travel for Zakir Naik, who has been changing his base frequently after the NIA moved the Interpol for an international arrest warrant against him

Mumbai: Cops fight over jurisdiction as 5-yr-old rape victim bleeds #Vaw #WTFnews
Bastar scribe Santosh Yadav is finally out of jail, but journalism has to wait
#India - Coal fire -The FIR that reignited a controversy #Coalgate
Ostracised, sacked … and even arrested: the fate of whistleblowers at the UN