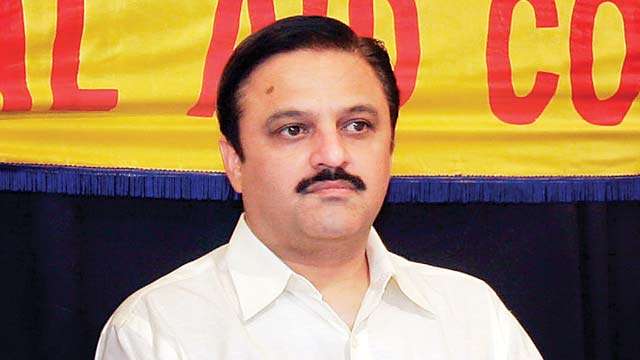 The state government has stoked a judge’s fury by “casually” alleging that he was biased against it, withdrawing the contention three days later, and offering an apology that the judge thinks is not even genuine.

“Maharashtra Government has played with the dignity of a 155-year-old institution, and taken it for a ride. Does the state not want the Bombay High Court to exist?” Justice Abhay Oka asked on Monday, while allowing the government to furnish an unconditional apology affidavit.

On an application filed by the state alleging that Oka was biased against it, Chief Justice Manjula Chellur had on Thursday transferred a bunch of petitions on noise pollution that were being heard by Justice Oka to Justice Anoop Mohta. However, Chellur withdrew her order on Sunday and constituted a larger bench headed by Justice Oka to decide on two petitions challenging an amendment by the Union Government to the Noise Pollution (Regulation and Control) Amendment Rules, 2017. Through the amendment, the state gets powers to declare silence zones and revoke deemed silence zones.

While hearing the matter on Monday, Justice Oka said, “You have misled and compromised the dignity of the Chief Justice‘s office by not disclosing our order. Advocate General, tell us from your long experience, can allegations be made so casually against a judge?”

Deputy Secretary (Home), Vijay Patil, who had last week sought to transfer the cases from Justice Oka to another bench, submitted an apology letter to the court on Monday stating, “The said contention was not raised as an allegation against the Honorable Judge personally, but was limited specifically and limited only as to the subject matter involved in the aforesaid group of matters… State holds the said judge individually in the highest esteem… which is demonstrated by the state in various matters decided by him.”

But Justice Oka refused to accept this, saying the apology was not “bona fide”. “Do you think this is child’s play? There seems to be no remorse by the state government… I am not personally touchy about the allegations made by you. It will take me only 24 hours to forget, we may be here today and gone tomorrow. But the consequences of the allegation are irreparable. Still you (state) are saying that allegation was not against me. Is “bias” not an allegation?

Advocate General Ashutosh Kumbhakoni took partial responsibility for the friction, saying, “It is my mistake that Justice Oka’s order refusing to recuse himself was not placed for consideration before the Chief Justice on Thursday, when she transferred the cases to another bench.” He even quoted a Marathi couplet to indicate he had utmost respect for the judiciary Justice Oka.

To this, Justice Oka said, “Mr Advocate General, you have taken responsibility. We uphold the dignity of your office. It was mentioned even in our order passed on Thursday. But the state does not trust the High Court. Now let somebody from the state also take responsibility, [the government official] who gave you the instructions to level the allegations. They should be named in the affidavit to be filed on Tuesday, we will test the same. We want to send a loud and clear signal to the state government that it will not be allowed to play with this August institution.”

Patil’s letter also sought to withdraw the request for transfer of cases from Oka as well as the contention of bias.

To this, Justice Oka said, “We don’t require a certificate from the state government.” He wondered what had transpired in three days that led to the government’s about-turn. “Was it wisdom given by God of wisdom?” he asked, adding that if he had been sensitive, then he would have issued contempt proceedings against the state on Thursday itself.

The court has now posted the matter for further hearing on Tuesday, when it will decide on the apology affidavit and also the compliance which would be tendered by the government on proper implementation of noise pollution rules. The Union government was asked to file its reply on the challenge to the amendments on August 10 to the noise pollution rules.http://www.dnaindia.com/india/report-justice-oka-chews-state-govt-out-for-fake-apology-2541361