Justice for All: Unfree, unjust India 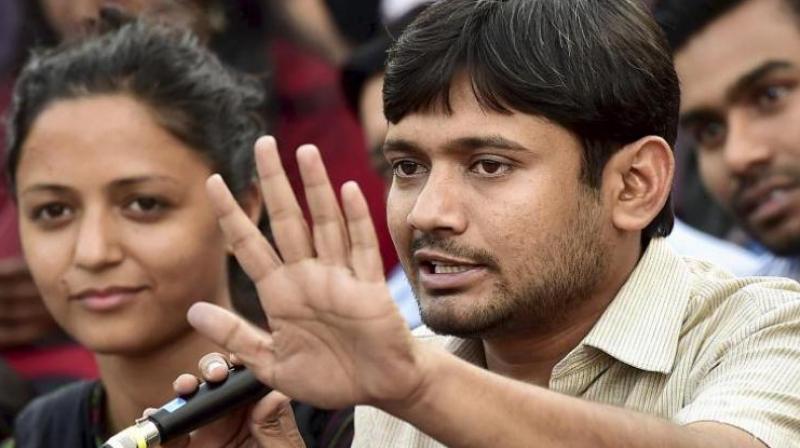 With the Delhi High Court granting interim bail to Kanhaiya Kumar, the JNU Students’ Union president, there is finally proof that public outrage can still curb the mobbish despotism that has become the hallmark of the Bharatiya Janata Party. Tragically, however, the reality is that despotism is entrenched across all the places in India that are a world away in distance or prosperity from south Delhi’s articulate residents and the global attention they command.

The facts are cause for despair. There are countless Mr Kumars in jails across India today, citizens imprisoned under preposterous laws or on trumped-up charges. And alongside the jails and the draconian laws, the politically powerful are using violence, rape and extra-judicial executions to destroy our civil rights.
Consider the fact that between 3,200 to 4,000-plus citizens are in jails without charge or trial, according to National Crime Records Bureau data. ‘

In other words, citizens are arrested under a plethora of preventive detention laws, summarily denied their right to legal representation, bail and due process of law. Many “detenues” are imprisoned for one to two years. How is this possible in our democratic nation? But not only is it possible, it is happening everywhere — Tamil Nadu alone has half of such detenues, with Gujarat, Jammu & Kashmir, Karnataka, Manipur, Meghalaya, Nagaland and Uttar Pradesh contributing significantly large numbers.

The special shame, as Amnesty International notes, is that these prisoners overwhelmingly comprise human rights defenders, journalists and protesters, people who are acting peacefully and within the law for the public good. In Tamil Nadu, even more shamefully, the detenues largely comprise dalits and other impoverished people booked as “goondas” by a corrupt police.

Yet, these detenues are simply the most glaring sign of far larger wrongs. Over 282,000 prisoners — 68 per cent of the total prison population — are pre-trial detainees, among the highest proportions in the world. It speaks volumes that the most impoverished, powerless and ostracised Indians — adivasis, dalits and Muslims — are disproportionately represented in these numbers, year after year.

Whether in police custody or jail, these men and women are prey to custodial deaths — roughly 1,500 annually, or five every day, according to the National Human Rights Commission and NCRB data (with Maharashtra always topping the list) — and rape, gross human rights abuses for which only a handful of policeman have ever been punished.

Though state-sponsored brutality is now a nation-wide problem, it is at a peak in the many conflict-torn districts and states. In the resource-rich adivasi heartland, thousands of impoverished, illiterate adivasis have been charged under anti-terrorism and national security acts for being Maoists — when the truth more often than not is that they didn’t want to sell their land for a pittance to the government or to mining interests, or to have their forests summarily taken over.

The rape of adivasi women by uniformed forces is widely reported, but the state governments dismiss all these charges as politically motivated fabrications. Adivasis charge that hundreds have been killed in extra-judicial executions, but governments insist these are counter-insurgency “encounters” with deadly Maoists.

Anyone who questions the state machinery’s actions — whether adivasi activists and journalists, or human rights defenders like Dr Binayak Sen — faces the real threat of life imprisonment on charges of sedition or waging war against the state. And in Kashmir and much of the Northeast, with civil rights suspended for decades under the Armed Forces (Special Powers) Act (AFSPA), impartial accounts point to even more gargantuan human rights abuses.

We’ve reached this dire situation for a plethora of reasons — including the gaping divide between shining India and ignored Bharat, poisonous corruption that has made a joke of governance, unbridled greed that is sanctified as economic nationalism, blind jingoism about our borders, and the ever-closer embracing of unjust colonial laws.

But, by far the most important reason is the machinations of our political class, irrespective of their political persuasion (though the BJP and Shiv Sena are unquestionably in a league apart). They have conspired as one to corrupt the criminal justice system into a system of oppression rather than a system that upholds the rule of law. Thus, though it is virtually impossible for an “average” citizen — let alone a woman, adivasi, dalit or Muslim — to get the police or courts to act on a legitimate complaint, that same machinery cracks down brutally on citizens at the behest of the politically powerful. Is it any wonder that successive governments have never implemented reforms to free the police from political control?

And over the past decades, overlooked by us, our political class has brazenly expanded the use of abusive old laws as well as the reach of draconian new laws that hold people guilty until they can prove their innocence. The sedition clause of the Indian Penal Code, AFSPA, Unlawful Activities (Prevention) Amendment Act, the Chhattisgarh and Madhya Pradesh “Special Public Security” acts, and the numerous state “control of organised crime” acts should not exist in a stable, functioning democracy. Yet, bizarrely, in the warped, unfree India of today they are used everywhere — on the pretext of fighting seditionists, Maoists, Islamic terrorists and other bogeymen.

It took superhuman effort to challenge the National Democratic Alliance government so that the JNU student leaders could be rescued from lynch mobs and demagogic journalists, and instead assured an approximation of due process. It will take many years of unstinting effort to reverse the larger subversion of civil rights that the BJP and other parties have driven across India. We will succeed only if we are willing to be as informed and concerned about oppression and injustice in Bastar, Godhra, Imphal, Koodankulam, Malegaon and everywhere else as we are about oppression that plays out in Delhi.

India -Protecting Health Workers Is Essential - But Govt's Move Is Faulty
Historical Background to Putin’s Invasion of Ukraine
Suhaib Ilyasi, host of India's Most Wanted, gets life in prison for murdering wife
Reforming the Evidence Act or Re-inventing Caste System?