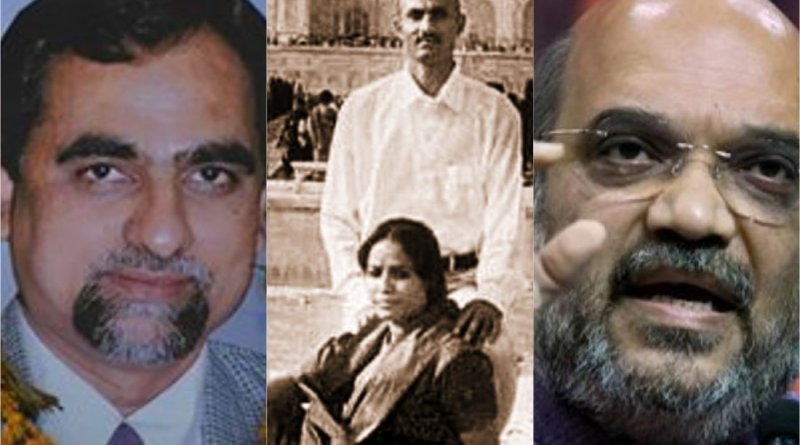 The Caravan this week published a series of stories on the death of CBI special judge BH Loya in December 2014. Journalist Niranjan Takle has spoken extensively to the family of Justice Loya, who, before he died, was presiding over the high-profile Sohrabuddin Sheikh encounter killing case – in which a prime accused was BJP President Amit Shah. Shah was discharged by the judge who succeeded Justice Loya.

The revelations made by Justice Loya’s sisters, father and others form the basis of the stories. These, along with Takle’s own investigation, who spoke to officials in Nagpur who dealt with Loya’s body after he was found dead, raise several grave questions.

1. Why was Justice JT Utpat, Justice Loya’s predecessor in hearing the case, transferred from hearing the case despite a 2012 Supreme Court order specifying that the same judge should hear the matter from start to finish?

2. Was Bombay High Court Chief Justice Mohit Shah or the principal accused Amit Shah aware of any alleged inducements offered to Justice Loya to ensure a favourable judgment in the case?

3. Does Justice Mohit Shah deny the allegation by Justice Loya’s sister Anuradha Biyani, that he himself made an offer of Rs 100 crore in return for a favourable judgment?

4. Who made the arrangements for Justice Loya’s transportation to Dande Hospital on the night of his death, and why was this not in a vehicle from the government guest house or an ambulance?

5. Do Dande Hospital and/or Meditrina Hospital have records indicating what medication was provided to Justice Loya while in their care, and who was with him at the time?

6. What was the time of Justice Loya’s death according to the records of Meditrina Hospital and when do call records show this was intimated to Justice Loya’s family? Did the death occur at 6:15 am or before 5 am on 1 December 2014, or did it in fact occur before midnight?

[Justice Loya’s family says they received calls informing them of his death from 5 am in the morning onwards, but the post-mortem report specifies the time of death as 6:15 am, and other sources informed Takle that Justice Loya passed away before midnight]

The Quint has not conducted an independent corroboration of the claims made in the articles, and therefore does not affirm the truth of such claims. These include alleged discrepancies between the post-mortem report and the condition of Justice Loya’s body and clothes, as well as allegations that the then Chief Justice of the Bombay High Court offered monetary inducements to Justice Loya to give a favourable judgment.

Nonetheless, the gravity of these claims (several of which are made on video here), which strike at the very heart of the judicial system if true, necessitates that they be investigated properly at the very least.

[Justice Loya’s sister, a doctor, claims that Justice Loya had no medical history consistent with the condition, and that this raised doubts as to whether this could be the cause of death]

9. Who signed the post-mortem report pages as “maiyatacha chulatbhau” (ie paternal cousin brother of the deceased) when no relation of Justice Loya was present in Nagpur? Does the countersignatory, the senior police inspector of Sadar police station, recollect who this was?

10. What was Ishwar Baheti’s relationship with the deceased and on what basis was he coordinating the funeral arrangements for Justice Loya, including contacting the family? Why was Justice Loya’s phone returned to the family by Mr Baheti rather than the police? Alternatively, did the police ask Mr Baheti to return the phone to Justice Loya’s family?

11. Does Justice Loya’s family still have the allegedly bloodstained shirt worn by Justice Loya at the time of death which the post-mortem report claims was dry?

12. Is it true that the CBI was only given 15 minutes to argue against the discharge of Amit Shah in subsequent hearings of the case before Justice Loya’s successor in hearing the case, Justice Gosavi, as against three days for the defence lawyers?

13. Who made the decision to announce MS Dhoni’s retirement from test cricket on 30 December 2014? Was this decided by the player or the BCCI and did any external source suggest the specific date?

[Justice Loya’s sister alleges that Justice Loya was informed that if he would deliver the judgment in the case before 30 December 2014, it would not be under focus because another news story would dominate the headlines and distract focus from the judgment]

(Breathe In, Breathe Out: Are you finding it tough t