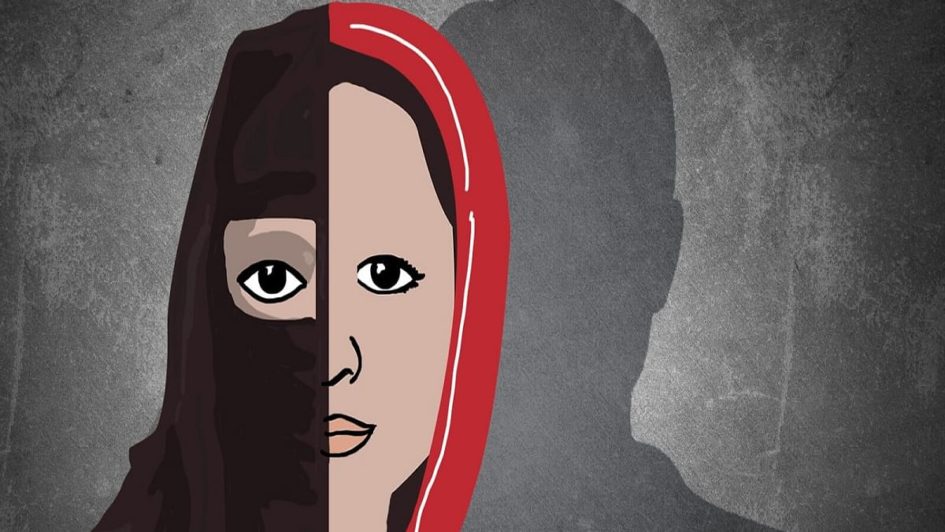 The unpredictable impact of Trump’s post-defeat temper on Georgia’s January 6 Senate runoffs intrigues me as I wait and watch in Illinois. Also fascinating, and of course noticed by many, is the similarity in the political disputes that India and the U.S. witness.

Moreover, there is at least partial similarity, also marked by many, in the styles of Modi and Trump, both of whom seem to enjoy the mic, the camera, and theatrics.

Not all the likenesses between India and America are concurrent, however. Thus it was a long time ago that the U.S. witnessed parallels to India’s current “love jihad” fever. In at least 16 American states, persons of different races could not legally marry until 1967, when the U.S. Supreme Court ruled that the so-called anti-miscegenation laws were unconstitutional. Connoting a “risky” mixing of genes and races, the term miscegenation had been coined during the Civil War (1861-65) by slavery defenders who warned that freeing slaves would result in interracial marriages. If California had been one of those 16 states, Tamil Nadu’s Shyamala Gopalan, who as a 19-year-old had immigrated there in 1958, could not have married Donald Harris, an immigrant from Jamaica in 1963. But that was not the case. Shyamala and Donald could and did marry, and Kamala Harris, born to the couple in 1964, is today on the cusp of being sworn in as America’s Vice-President.

In earlier decades, America had witnessed wide dissemination of the bogey of African American males desiring White women. That spectre upended actual history, where male slaveholders forced Black female slaves to bear their children, thereby creating the great bulk of America’s lighter-skinned Blacks. Today’s desi tale of Muslim males supposedly seducing Hindu females in a widespread “love jihad” conspiracy resembles the bogey to which White America had been receptive before the 1960s. However, I haven’t yet found an American parallel, current or historical, for the sick story being circulated in India of a large conspiracy among Muslim males for trapping Hindu females so as to (a) increase the Muslim percentage in India’s population and (b) bring terrorists to birth.

Human beings falling in love with, and wanting to marry, a pardesi or a bahri, somebody outside one’s traditional circle, is something that everyone understands. Males duping females of any circle for sex, property or money is also, unfortunately, something known to all eras and every society. But would anyone believe that young Indian men who desperately need work (to feed parents, grandparents, siblings, perhaps other relatives, and themselves) would spend time and energy plotting to seduce an “outsider” female merely in order to increase the percentage in the population of their community? And to patiently and carefully raise terrorists at home?

Some would indeed believe such a tale. Such as those who’ve been brainwashed to think of another caste or community as people who are unnecessary when they’re not a menace. They are dangerous, or expendable, or both.

It is not at all unthinkable that people would organize a racket for ensnaring women. But it is unthinkable that a giant scale “love jihad” racket has been running in India for years, eluding not merely the families involved but also the country’s huge, talented and suspicious police forces. It is also hard to accept that such a racket has persuaded a large number of poor Muslim males to capture and convert unsuspecting Hindu women for the sake of census figures, and for producing terrorists.

Love happens. It doesn’t require planning or organizing. A racket, however, doesn’t just happen; it is wickedly arranged. Instead, however, of busting any of the numerous rackets that regularly fleece our hapless citizens, some state governments, led by that of U.P., have thrust ordinances or laws to obstruct inter-faith love and inter-faith marriage! There’s no need for me to dwell on the coercive and, according to several experts, unconstitutional features of the Uttar Pradesh Prohibition of Unlawful Conversion of Religion Ordinance, 2020, which Governor Anandiben Patel signed into law towards the end of November. The ordinance claims to deal with forcible conversion and fraudulent marriages, in other words, with “love jihad”.

Advocate Abhinav Chandrachud has underscored two of the ordinance’s perturbing flaws. One, “the law seems to send an unmistakable signal to its target audience: Prohibit illegal conversion to other religions, but look the other way if a convert is forced to reconvert back to ours.” Two, “perhaps the most striking provision of the ordinance is the one which deals with the burden of proof. Ordinarily, the burden of proof in criminal cases is on the prosecution, and the presumption is that a person accused of committing an offence is innocent until proven guilty. The Uttar Pradesh ordinance turns this rule on its head. Every religious conversion is presumed to be illegal. The burden is on the person carrying out the conversion to prove that it is not illegal.” “All this,” says Chandrachud, “puts an incredible chilling effect on the freedom of conscience.”

Thirdly, the ordinance, emulated by a few other BJP-ruled states, seems to require a magistrate’s previous approval before an inter-faith marriage or any change of religious belief can take place. That a person’s personal and perhaps private belief, as also an alliance between two adults, must obtain the state’s prior permission is too extreme an order for a democratic state to impose on its citizens.

When Shyamala Gopalan, a Hindu from India, married Donald Harris from Jamaica (I have no idea how he described his religion) in California in 1963, neither was required to prove to a magistrate that they had not been converted to their religion by fraud or force.

When the results of the January 6 runoffs are out, we will know whether or not their daughter Kamala Harris will have, as Vice-President and chair, the Senate’s casting vote. In either case, she, half-Indian, half-Black, and fully American, will have an important say in the contest between two visions, one holding that your race will determine your status in America, and the other saying that all Americans are equal.

The country where her mother was born is also witnessing a similar, and similarly crucial, contest, with religion substituted for race.

* (Author: Rajmohan Gandhi is presently teaching at the University of Illinois at Urbana-Champaign.)

Dalit Resistance and the Role of the Left
To address sexual violence, begin with gender sensitisation of the police #Vaw #Womenrights
Pune = A hub for culture, education, IT, now communal violence hub ?
#Mumbai- Prof Hatekar puts forth more demands infront of VC