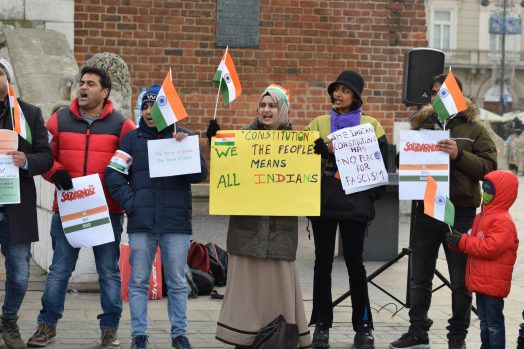 A total of 21 people, who were arrested in connection with the violence that erupted on December 19, have been granted conditional bail.

The Karnataka High Court has granted bail to 21 people arrested in connection with the violence that erupted in Mangaluru during a protest against the Citizenship (Amendment) Act (CAA) in the district on December 19, 2019.

Justice John Michael Cunha passed the order while hearing the petitions filed by Mohammed Ashik and 20 others from Udupi and Dakshina Kannada districts of Karnataka. The High Court stated that there was a deliberate attempt to cover up police excess by trumping up charges against innocent people.

“The records indicate that a deliberate attempt has been made to fabricate evidence and to deprive the petitioners of their liberties. Any criminal antecedents of the petitioners are not disputed… There is no direct evidence to connect the petitioners with the alleged offences. The investigation appears to be mala fide and partisan,” the court observed as per The Hindu.

The accused persons were arrested after they were charged with rioting and damage to property, among other charges, following the anti-CAA protests in December. Two persons were killed when police officials opened fire outside the Bunder Police Station in the city on the day.

The court granted bail after directing the accused persons to furnish a bond of Rs 1 lakh and two sureties each in the like sum. This is in addition to the bail conditions, which include appearing before the trial when required, not threatening witnesses, not to be involved in similar offences and not to leave the limits of the trial court without prior permission, the Times of India reported.

The High Court also noted that photographs of the day produced by the public prosecutor show that members of the crowd were not armed except for one person who was holding a bottle. It was also observed that the accused persons were not directly linked to the protests nor were they seen holding weapons in photographs or CCTV footages. The HC also noted that the police personnel were photographed pelting stones onto the crowd.

In multiple first information reports (FIR) filed after the incident in December, Mangaluru police accused ‘unknown Muslim persons’ for instigating violence in the city. The FIRs registered stated that these men were armed with weapons like stones, soda bottles and glass pieces.

Following the deaths of two persons in the police firing, Mangaluru police invited members of the public to send videos of the protests on December 19 to the police. The police then released videos, where some members could be seen pelting stones and indulging in arson, as proof of violence in Mangaluru. However, in other videos that emerged after the incident, police were seen firing at protesters who were hundreds of metres away and under no apparent threat of being overrun by them.