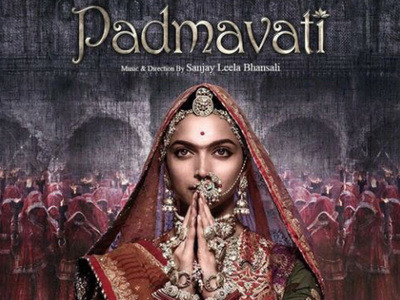 Just a day after Sanjay Leela Bhansali and the makers of Padmaavat (formerly Padmavati) officially announced the release date of the Deepika Padukone, Ranveer Singh and Shahid Kapoor starrer film, Karni Sena has struck back once again. Though, the members of the Karni Sena have been demanding a ban on the release of the film, the SLB movie has been scheduled to hit the theatres on January 25, after getting a clearance from the CBFC.

While protests and debates against Padmaavat continue, this piece of news has left us in shock. As per ANI, some members of Karni Sena allegedly attacked a school after the students performed on the Ghoomar song from Padmaavat during their Annual Day function.

The agency further shared that the incident took place earlier on Monday morning, in Ratlam’s Jora district in Madhya Pradesh. The incident has also left one student injured. The police also reached the spot sometime later.

School principal Devendra Munat told police that LKG children had prepared dances on Bollywood songs for the annual function of primary and pre-primary sections. A little child had prepared a medley of songs, he said. “One of the songs was a portion of Ghoomar. We stopped it and asked the child to continue with the performance without playing the song,” he said.

Around 10.30am, 20-25 men barged into the school and started smashing the music system, speakers and furniture, and pushed children off the stage, the principal said. The goons broke chairs and threw them at the children and spectators, he alleged. The school’s cash office was ransacked and two notice boards broken to pieces by Karni Sena members, Munat told police. 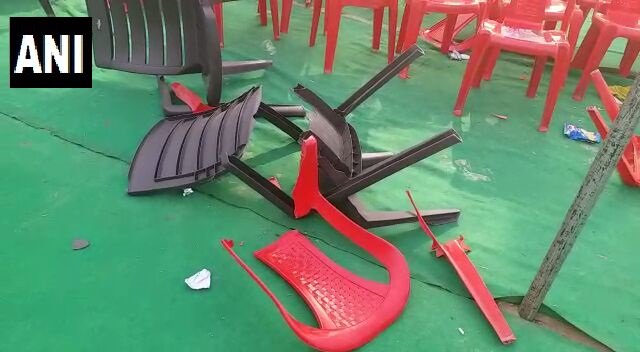 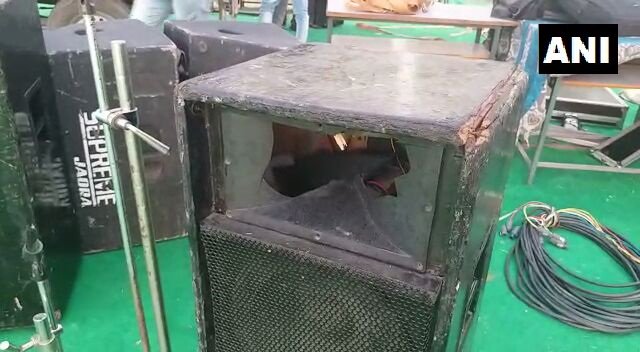 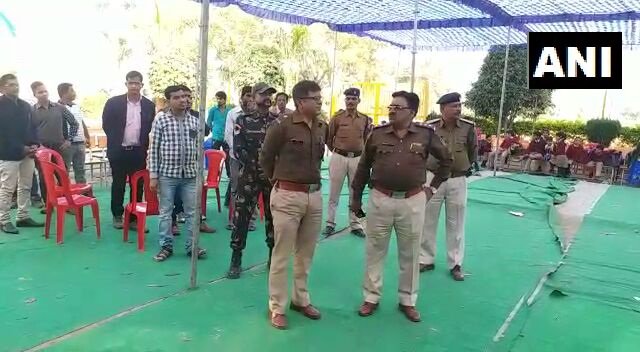 As panic spread, Industrial Area Jaora police station in-charge MPS Parihar rushed with his men, forcing the attackers to flee. “We have arrested four persons who were trying to escape,” he told TOI.

The suspects have been booked for trespass, assault, wrongful restraint, rioting with a deadly weapon and criminal intimidation, Parihar said.

Police are going through the school’s CCTV footage to identify the attackers, the inspector added. News of the violence sparked outrage in the area. The Ashashikiya Shikshan Sangh — a body of private schools — submitted a memorandum to SDM Shirali Jain, seeking action against Rajput Karni Sena for ransacking the school and attacking children and parents. The Sena had earlier warned schools against playing the Ghoomar song, claiming that it “lowers the dignity of Rajput women.”

The members of Shri Rajput Karni Sena and other fringe groups have been leaving no stone unturned in protesting against the release of Bhansali’s magnum opus. From giving open threats to Deepika and SLB to offering a bounty on their heads, the Karni Sena has been trying its level best to get the film banned in the country.

While initially the film’s release was deferred voluntarily by the makers as it was returned by the CBFC following an incomplete application, Padmaavat was later passed with only 5 modifications and a U/A certification by a special committee of the Censor Board.

Earlier, the attacks and threats were limited to the film and its crew members but now, looks like even schools and small children aren’t safe from the vandalism of the Karni Sena.