‘Karwan-e-Mohabbat’ members sit on dharna where Pehlu Khan was lynched , despite threats

Karwan-e-Mohabbat: When love was threatened with sticks and stones

The tenth day of the Karwan was a wrenching engagement with families in Nuh district in Mewat. In the course of an intensive day, we met eleven bereaved and grieving families in five villages. The full account of the stories of these families would fill many pages, and would, therefore, have to await a longer record.

But I must place before you the alarming picture that emerges cumulatively from these meetings. The pattern is of Muslim men being lynched by mobs – which we knew was happening  – but much larger numbers now being killed lawlessly and with communal intent by the police. In each of these, the story is constructed after the killings of road accidents, or dacoities by men mostly with no criminal records. After men transporting cattle are lynched by a mob, or the police shoots these men at close range, the story that appears in the police records is that a truck illegally carrying cattle with great cruelty overturned in an accident, killing the men that the mob or the police had killed. The victims are charged with crimes under cow protection laws and for rash driving. The mob of communal and trigger-happy policemen do not have any crime registered against them and enjoy complete impunity. Or they are charged with being dreaded dacoits who shoot at the police (who are never harmed), a pattern that we observed a day earlier developing also in Yogi Adityanath’s UP.

We found the families in heart-breakingly absolute despair of even the possibility of any justice. Most families chose not to pursue justice. Some did not even complain. A few spoke with us with a well of anger and desolation of how under the present regime, the police and mobs were free to kill Muslims. One Dalit man was also killed because he was on a transport vehicle with a Muslim friend; his father spoke of the bonds between Dalits and Muslims. And above all, we met family after family of grieving parents, widows, orphaned children, unable to heal or come to terms with not just mobs but state administrations who are open and venomous in their hate of them only for the faith they follow.

The day was also marked by news of anger and hostility to the advance of the Karwan to Behror, the highway crossing where Pehlu Khan had been lynched. The Karwan had resolved to place flowers at the site of his lynching, in his memory and the memory of others like him who fell to hate violence. The Vishwa Hindu Parishad, the Hindu Jagran Manch and the Bajrang Dal announced that they would not allow the Karwan to enter Behror and pay tribute at the lynching site. The local organisers were told that we would be met with sticks and stones if we entered. The hall owners where we were to hold a peace meeting cancelled on us, and no one was willing to give us a hall. We resolved in the Karwan that we would proceed to Behror to remember Pehlu Khan despite any mob opposition. In Alwar, where we arrived to spend the night, senior police and administrative officials tried to persuade us to bypass Behror. We courteously but firmly refused and said we would visit the police station in Behror to express our disappointment about how the police have let off the men mentioned in Pehlu Khan’s dying declaration, and the criminalising of Pehlu and his sons; and then place flowers at the site of his lynching.

The police officers said that no one had been allowed to do this so far. We argued – how can an administration block a Karwan that has set out to offer a little solace to families bereaved by hate lynching from paying tribute to lynched man’s memory.

NEW DELHI: Harsh Mander today took on the Rajasthan administration, and the state police, by laying flowers at the spot where Pehlu Khan had been lynched and those with him mercilessly beaten by a mob of cow vigilantes. Stopped by the cops Mander refused to budge, asking them to arrest him, until permission they were left with no choice but to allow him to lay the flowers on the Behror crossroads on the highway where Khan was killed in horrific violence.

Mander told The Citizen that gau rakshaks who had gathered at the spot stoned the bus in which he is travelling along with others on the month long Karwan e Mohabbat (Caravan of Love) , a journey of peace, love and atonement for communal harmony.

“I do not believe in God so I did not pray, but I placed the flowers for humanity, Pehlu Khan and his family, and all those who have been lynched in similar fashion,” Mander said. 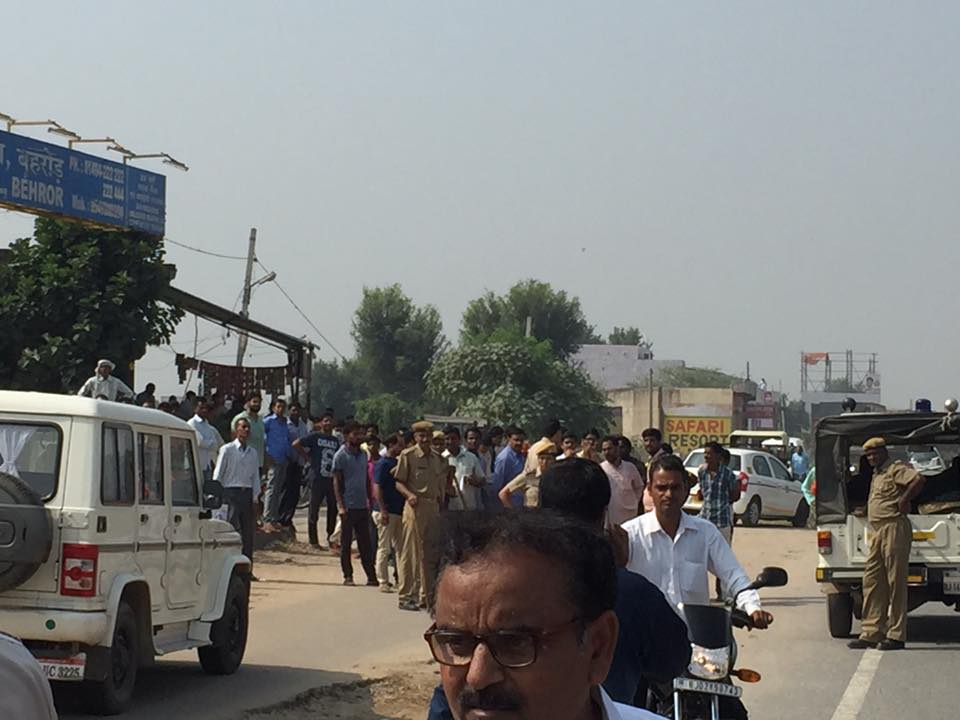 The police refused to the Karwan team place flowers on the spot where Pehlu Khan was attacked and breathed his last. The gau rakshaks breathed fire on the other side of a barricade, after an attempt to terrorise the Karwan by stoning the bus. The cops said that it was the right of the cow vigilantes to demand this not be done, to which Mander replied that it was also his constitutional right to do exactly what the Karwan had stopped to do, place flowers at the spot.

He told the cops to arrest him but he would not leave until he was given permission. Finally after half an hour of argument they backed off, Mander placed the flowers, the first by any citizen and left. As he has been saying, the Karwan is an effort to apologise to the families of those killed, and to convince them that this is not India. And there are many in India who care, and support his efforts. 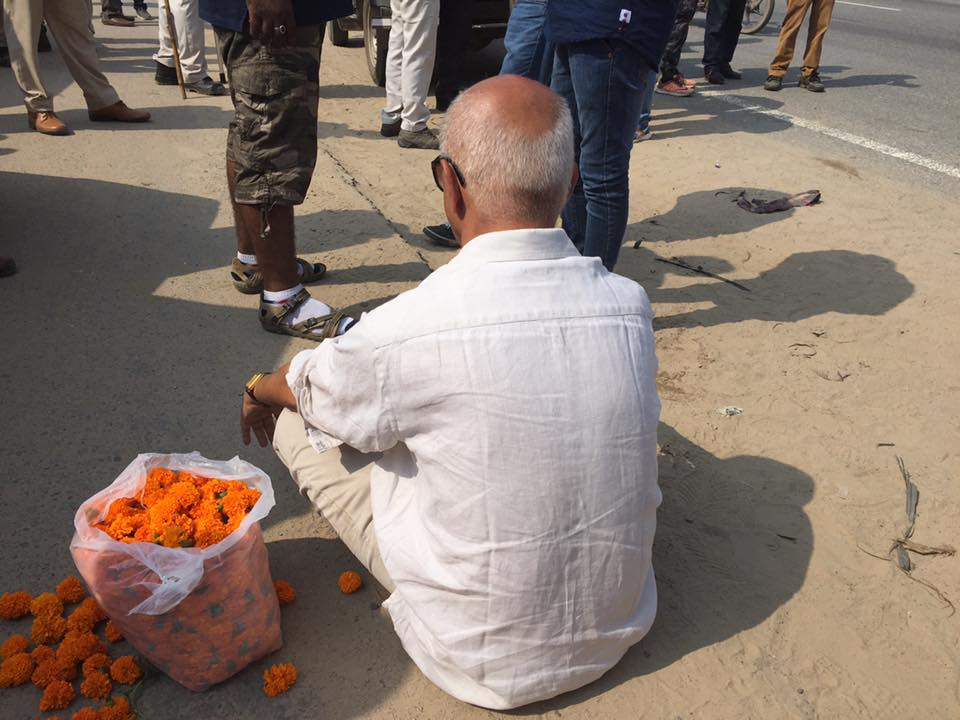 This comes within 24 hours after the Rajasthan police gave a clean chit to the six men named by Pehlu Khan in his dying declaration. As his nephew Azmat Khan who suffered a spinal fracture amongst many other injuries in the attack told The Citizen, the family is terrified and fearful of its safety. As threats from some members of the six let free have reached them through others, and “every time we have to travel we are scared of attacks”.