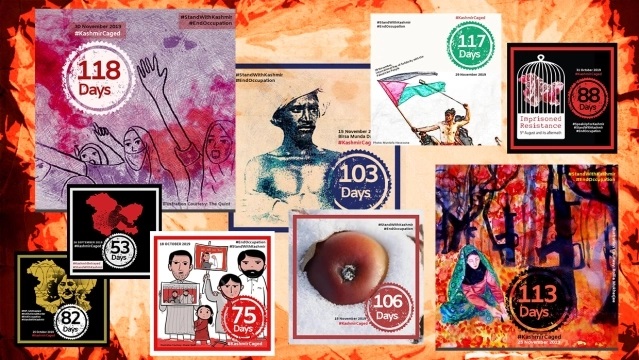 The top court said that the communications lockdown in Muslim majority region violated the country’s telecoms rules.18 minutes ago

India’s Supreme Court on Friday ordered authorities in Indian-administered Kashmir to review internet suspension and other restrictions within a week as an indefinite suspension of people’s rights amounted to abuse of power.

“Suspension of free movement, Internet and basic freedoms cannot be an arbitrary exercise of power,” the court said.

The court held that the internet shutdown impacted the freedom of press which is part of freedom of speech and expression.

It’s significant in the sense that the Supreme Court has in principle laid down that access to internet is a fundamental right. It’s a basic right and cannot be denied

Authorities have since eased several restrictions, lifting roadblocks and restoring landlines and cellphone services. The internet is yet to be restored in the Kashmir valley.

‘Crippled the freedom of the press’

They have encouraged students to return to school and businesses to reopen, but top political leaders from the region continue to be under arrest or detention.

Ghulam Nabi Azad, an opposition Congress party leader, and Anuradha Bhasin, editor of The Kashmir Times, were the main petitioners in the court case.

Bhasin said the restrictions had crippled the freedom of the press, essential services and even communications between families, bringing untold miseries to people.

“It’s significant in the sense that the Supreme Court has in principle laid down that access to internet is a fundamental right. It’s a basic right and cannot be denied,” Bhasin told Al Jazeera.

“The internet shutdown has virtually killed the media in Jammu and Kashmir as there is no information, no content, nobody is writing freely and journalists are operating in an atmosphere of fear because the only place you can work is the media facilitation centre with inadequate facilities.”

Solicitor-General Tushar Mehta, who argued the government’s case, said authorities acted based on evidence from intelligence and the military, inflammatory material and speeches, and faked stories, photos and videos that were spread on social media.

Mehta had argued in the court that “modern terrorism relies heavily on the Internet” and considers social media as its most effective weapon.