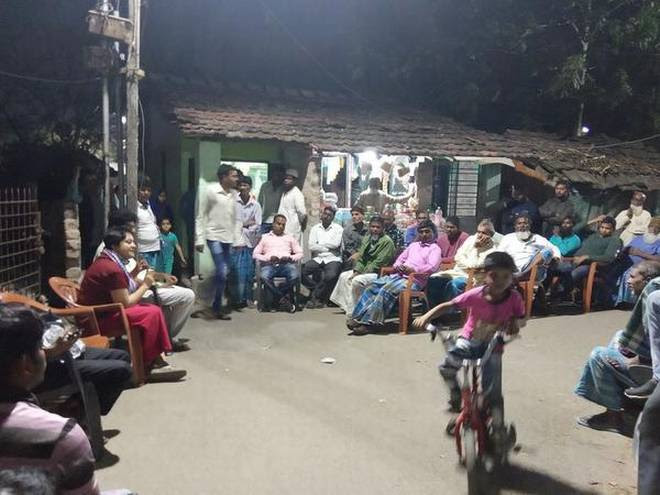 Kasturi Basu, a resident of Patuli in south Kolkata, had come back from her routine evening door-to-door campaign against the Citizenship (Amendment) Act (CAA) on Sunday night when about half a dozen men barged into her house and ‘threatened’ her for campaigning against the citizenship law.

Ms. Basu is a well-known activist and documentary film maker.

“My partner and I reached home when around 9 pm the apartment’s caretaker informed me that seven men who identify themselves as BJP workers have barged into the premises and are looking for me,” she said.

Ms. Basu and her partner Dwaipayan Banerjee, also an activist, are two of the founding members of the People’s Film Collective (PFC), a people-funded body that screens films every month in the city. They also hold the annual People’s Film Festival. Writers like Arundhati Roy and film makers like Anand Patwardhan took part in the PFC’s festivals. Of late, the couple, with a team of a few dozen civil society members, started a door-to-door campaign against the CAA, the National Population Register (NPR) and the National Register of Citizens (NRC) which has irked the local BJP, Ms. Basu said.

“I took a picture to keep a record of them trespassing into the premises as they started taking a video of me and when I confronted them that this is against my consent, one of them said ‘Ga’er chamra chariye nebo’ [We will skin you alive].” One of them identified as Tulsi Gharami is “one of the foot soldiers of Baban Ghosh, a local BJP strongman,” Ms. Basu said. An FIR has been lodged against them under “common intention of wrongdoing, restrain and assault, criminal intimidation, and trespassing,” she said.

An official in the local police station at Patuli said two cases are registered. “Both sides have filed complaints against each other. Investigation is on,” the officer said.