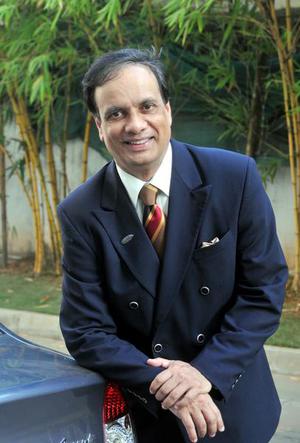 Economist stresses on investment in education and health

The quick and effective response to the Nipah outbreak recently in Kerala is a clear demonstration of the benefits of investment in education and health over a long period, said development economist Vinod Thomas.

Mr. Thomas, currently visiting professor at National University of Singapore and at Asian Institute of Management, Manila, was talking to The Hindu on the sidelines of a discussion at the World Bank on his latest book, Climate Change and Natural Disasters: Transforming Economies and Policies for a Sustainable Future. Mr. Thomas has earlier worked with the World Bank and the Asian Development Bank.

“Kerala’s recent experience with Nipah shows that payoffs are possible when you invest in education and health. It has been argued that Kerala has not been reaping the economic benefits of all the investment in education and health it has made over decades. When the Nipah episode happened, it showed the awareness, knowledge and the ability of officials and the public to participate in an exchange of information and communicate with other experts elsewhere. All this was a demonstration of the capability that Kerala as a society has acquired. It showed the payoff, aside from straight economic growth,” said Mr. Thomas, who has authored 16 books.

The economist said though the State has made strides in improving social indices, “on economic growth, it has put so many impediments.”

On the other hand, Mr. Thomas said the current focus on economic and infrastructure aspects of growth at the cost of social side needs to be corrected quickly for the country as a whole to progress.

“If Nipah had happened in some other parts of the country, it could have been an epidemic, if not a pandemic. Kerala was much faster in responding, compared to even Malaysia, which faced an outbreak 15 years ago. If the detection or the response had been slower — in this case, the gut feeling of a well-read doctor — he had never seen a Nipah case, but he remembered that he had seen a journal where it was discussed,” he said.

“The quality of education will have to be the key priority for India, particularly, skill development. When you add health to the educational crisis, there is a real problem. Malnutrition and potential of epidemics is so alarming in India, as India’s urban centres are under heavy pressure. The health-environment-education axis needs to click, for India to reap the benefits of globalisation, and that is still a long shot. Shifting the focus to the social must be huge priority. Tamil Nadu, Kerala, and Karnataka have bridged that gap to a large extent, but still not sufficiently. For instance, Karnataka has a large number of medical colleges but very poor attention to rural health needs,” he said.

Mr. Thomas said there was enough evidence that better-educated and less-divided societies are much more equipped to deal with natural disasters and epidemics.

“Natural disasters often demand imaginative responses and for that, we need as a root, education and inclusiveness. We see that in societies that are very divided, the impact of natural disasters is that much worse. When the divisions are less, the resilience to deal with crisis is better,” he said, warning that social disharmony could derail India’s growth ambitions.

Citing the case of Singapore’s focus on maintaining ethnic harmony, Mr. Thomas said: “People of Chinese, Malay and Indian ethnic origins have been made to live together, mechanically or genuinely, in harmony for a long period of time.”

Noting that the hallmark of the Singapore model was its communal harmony, he said, “That is a concern for India now, even in Kerala. Unless that is addressed, all the talk about economic growth will add to nothing.”