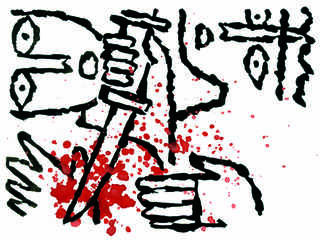 Chennai: In a case of ‘honour killing’ in Malappuram district of Kerala, a bride was stabbed to death by her father on the eve of her marriage. The woman was supposed to married to a Dalit Army jawan. The couple was seeing each other for over a year, the police said.

According to K Senod, sub-inspector of police, Areacode station, the 22-year-old victim, identified as R Athira, hailed from a village near Areacode. She was working in the dialysis centre of Manjeri Medical College. She was in love with an Army jawan, who belonged to Dalit community, from Koilyandy.

Athira’s family, who are non-Dalits, initially opposed to the marriage. However, they finally gave their consent to their marriage. The wedding was scheduled for Friday 10 am.

However, Athira’s father Rajan, who was not happy with his daughter taking nuptial vows with a Dalit youth, picked up a quarrel with her on Thursday evening and stabbed her to death.

Rajan, a painter by profession, was in inebriated state when he accosted his daughter and threw a tantrum. The frightened Athira bolted to a nearby house. The father chased her with a knife and attacked her. Athira succumbed to the stab injuries on the way to Kozhikode Medical College Hospital while Rajan has been taken into custody.