Kerala HC on Obscenity and the veil of outrage 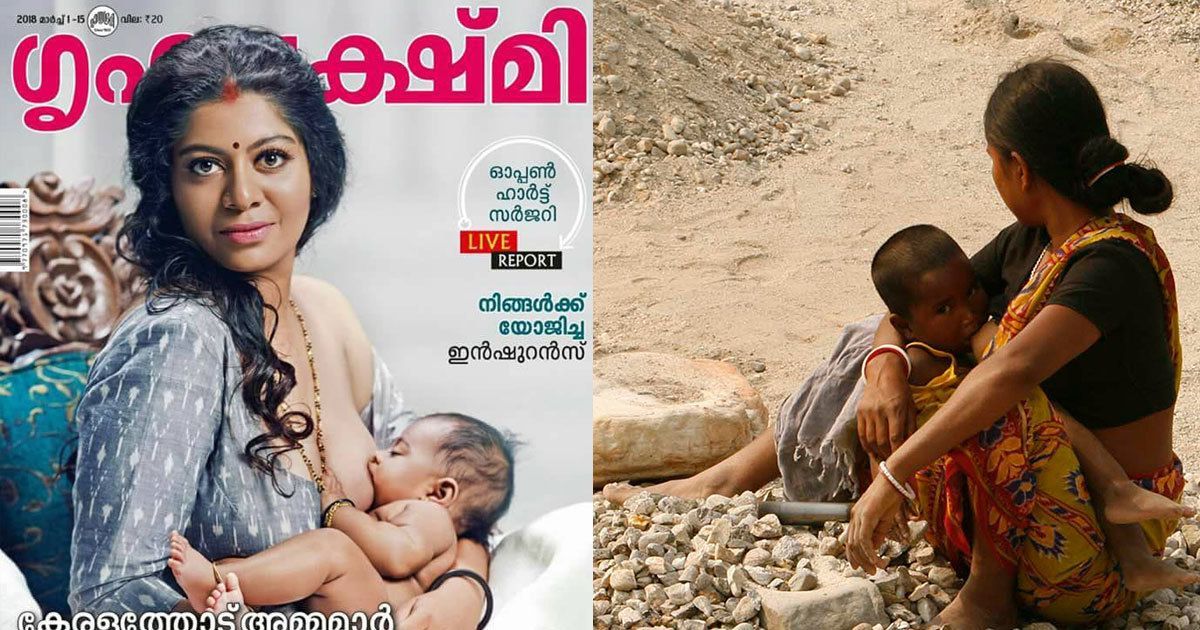 By Dushyant, Mumbai Mirror |
The court said one must not be chained to the past while deciding what is obscene
Let us admit it: many in society are not scandalised by women’s bodies but by their mere existence

Aman was so perturbed by a magazine cover showing a woman breastfeeding a child that he filed a petition in the Kerala High Court. He termed the image obscene, claiming it was a sign of the society’s moral decadence and that by publishing it, the magazine had committed a penal offence under the Indecent Representation of Women (Prohibition) Act, 1986. The court tossed out the petition.

The judgment talks about how the sensuous and the sacred are interlinked. It mentions the Ajanta and Ellora caves and how “gods were always depicted as super-humanly beautiful, for if the image was not beautiful then the deities could not be persuaded to inhabit the statue”.

That the gods had to be invoked to protect the rights granted by the Constitution of India discomforts me, but if one is happy with the outcome, this bit can be ignored. The main question here is who decides what is obscene and what isn’t? “What may be obscene to some may be artistic to other; one man’s vulgarity is another man’s lyric,” the court observed.

In this discussion about obscenity, the court covers two important aspects, which are particularly relevant in the current social and political environment in the country. The court mentioned lawyer and writer Gautam Bhatia’s extraordinary book ‘Offend, Shock, Or Disturb: Free Speech Under the Indian Constitution’, which, among other things, says that one of the purposes behind an entrenched bill of rights is to protect minorities against the legislative power of an extant majority. The court agreed with Bhatia’s assessment that there would be little meaning in having a fundamental right if majority sentiment was all that was required to override it. The fundamental right in this case is the freedom of expression. The court here makes a point which is being rapidly forgotten today: India’s ‘culture’ is not just the culture of its majority.

The Constitution protects minority groups as well as individuals from things which agree with the majority sentiment but not with individual dignity and choice, which are again protected by our laws.

The high court quotes Justice Jackson’s observations in the West Virginia State Board of Education v. Barnette case. “The very purpose of a Bill of Rights was to withdraw certain subjects from the vicissitudes of political controversy, to place them beyond the reach of majorities and officials and to establish them as legal principles to be applied by the courts. One’s right to life, liberty, and property, to free speech, a free press, freedom of worship and assembly, and other fundamental rights may not be submitted to vote; they depend on the outcome of no elections.”

Another key observation the court made was that it’s critical to not be chained to the past, in the context of looking at what is obscene and what is not. Many political leaders speak of a glorious past that they want to take us back to. The court ominously reminds us: “That glory, in fact, was a change and almost an abomination for those living then. Only from the prism of the present, that past appears to be glorious. Who knows what we detest now, as our ancestors did then, as decadence may be its very glory, viewed from a distant tomorrow.”

Italian writer Elena Ferrante’s debut Novel ‘Troubling Love’ won a prize named after fellow author Elsa Morante. According to an article in The New Inquiry, Ferrante penned an acceptance speech where she shared an excerpt from one of Morante’s books that talks about the ‘invisibility of maternal bodies’. The mother’s dressmaker, Ferrante wrote, “cuts out clothes for the mother that eliminate the woman”. Someone sent me a larger excerpt from Morante’s book and a pertinent bit is as follows: “…‘mother’ means two things: Old and Holy. The proper colour for a mother’s clothes is black or at most, gray or brown. The clothes are shapeless, since no one, starting with the mother’s dressmaker, must think that a mother has a woman’s body. Her age is a mystery with no importance, because her only age is old age.”

Women being ‘erased’ and women resisting deletion are recurring themes in Ferrante’s work. In the Neapolitan series, one of the protagonists, Lila Cerullo, wants to ‘erase herself’. She repeatedly speaks of a terror of dissolving boundaries when objects pour into one another. In the series, protagonists Elena and Lila resist deletion their entire lives and simultaneously, Lila is obsessed with not leaving behind a trace- erasing herself to protect herself from disintegration.

Ferrante’s books are set in Italy, but a large part of the world, including India, appears to be intent on ‘deleting women’. Kill them before birth, kill them at birth, kill them after marriage… If women are so intent on living, the least society wants them to do is stay invisible. Don’t work, don’t come out on the streets, don’t breastfeed in public, clothe yourself, hide yourself, use the burka, the ghoonghat, do something.

The court asked what is obscene. I have a fair idea about what a large section of society thinks. It’s not women’s breasts, body or form. Let us admit it, it’s their very existence.