Kerala Journalist Arrested For A Second Time Under Fabricated Case

Pratheesh had been taken into custody by the same cop who had harassed him earlier.
Pratheesh Rema Facebook Page 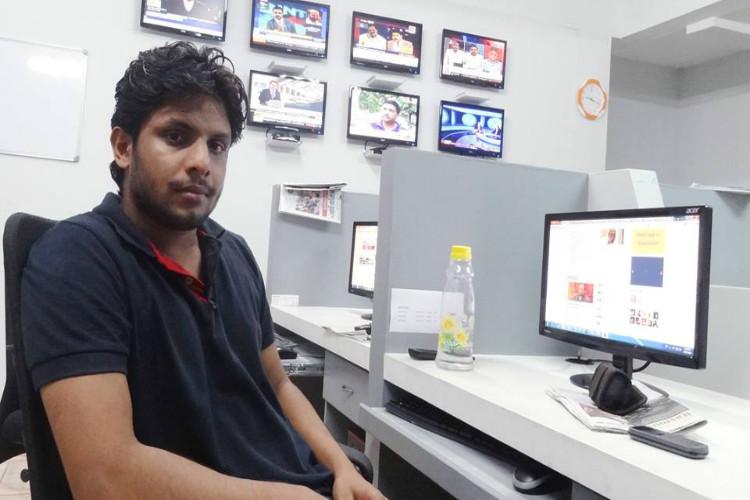 Pratheesh Rema, a senior reporter at Narada News was attacked and arrested by the Kerala police. He is a crime reporter who continuously writes on police atrocities and he is the one who addressed the custodial abuse of Dalit youth named Vinayakan. Pratheesh was arrested from his flat in Ernakulam.

The police allegedly slapped Pratheesh on his ear when he asked, “what crime have I committed?”

The police was accompanied by a crowd barged into Pratheesh’s flat where he and his friends were staying. This crowd accused them of hurting the moral fabric of the locality. In simple words, the police accompanied a moral policing crowd. The Station House Officer, Vibin Das was also among the crowd.

SHO Vibin Das responded to those who went to the police station, “Things will retort and we know everything will come to end at us itself. See, now you can see there is God.” Barsa, a dalit activist and Pratheesh were attacked morally and physically by a police team led by the same Vipin Das.

The entire thing seemed to be staged and fabricated. SHO Vibin Das also said that he arrested Pratheesh according to Congress MLA Hibi Eeden’s instructions. Barsa, a dalit activist and Pratheesh were attacked morally and physically, on November 30 midnight by a police team led by Vibin Das.

That day Pratheesh was handcuffed and made to stand naked for hours. Later, on the next day, Pratheesh wrote an article on Vinayakan where he says, “Brother, it is the same police who killed you, that has attacked me now.”

I think it is a well scripted attack on a crime reporter, who reports police atrocities against people. These are the sections of Indian Penal Code imposed against Pratheesh Rema, 294B, 341 , 323, 324and 506.

This is very clear that this attack and arrest is to send an alarm to Pratheesh Rema on his interventions in the media that pose a threat to the ‘integrity’ of Kerala Police, which I believe, is totally backed by the CPIM government and its atrocities on innocents from OBC, SC/ST categories. We know why Pratheesh was picked up. However, Pratheesh is out in bail now

Security Forces in Chhattisgarh Burn Effigies of Petitioners, Journalist, Activists #WTFnews
India - Anyone With Your Aadhaar Number Can See Which Bank You Have an Account In #WTFnews
Dalit principal commits suicide; family accuses harassment by college authorities
India - Assaults and Killings of RTI activists Continue; 17 Recorded So Far in 2018