Calling out his sexist and derogatory comments, the Kerala government said it is considering taking legal action against Rajith Kumar. 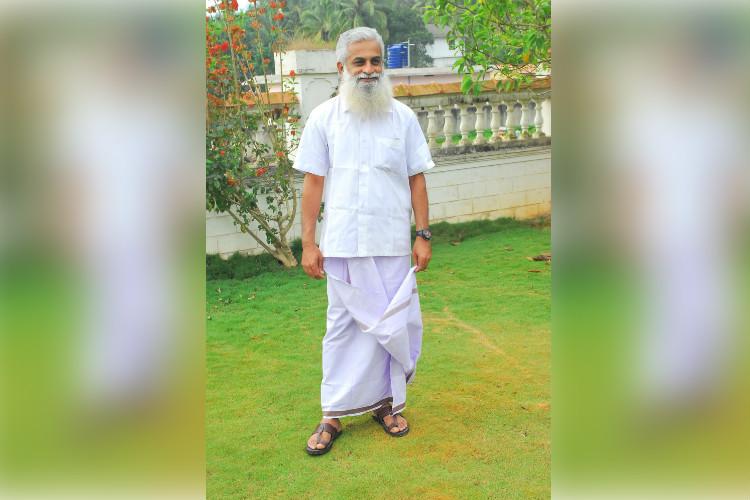 “…a woman who dresses up like a man. What will be the character of the child this woman gives birth to? The name of these children is ‘transgender’ or ‘napumsakam’.” This was the comment made by an ‘educated man’ – a professor no less – who has been holding ‘health awareness’ classes in Kerala for several years now. The Kerala government has come down heavily on a teacher from a college in Kalady Dr Rajith Kumar, for making derogatory and offensive remarks about transgender people and children with disabilities.

In a counselling session held in Kasargod, Rajith claimed to have a “scientific explanation for why transgender and autistic children are born.” According to his sexist, transphobic, unscientific and bizarre reasoning, women who wear jeans and “degrade their womanhood in the process”, give birth to transgender kids.

“…a woman who dresses up like a man. What will be the character of the child this woman gives birth to? The name of these children is ‘transgender’ or ‘napumsakam’. Hijra. Already, more than 6 lakh transgender people have been born in Kerala,” the teacher said, exposing his complete lack of understanding.

Several people tend to confuse between the terms ‘intersex’ and ‘transgender’. ‘Intersex’ is an umbrella term used in a variety of cases, where a person’s reproductive or sexual anatomy does not match the typical definition of ‘male’ or ‘female’.

Rajith, however, did not bother to do any research before spewing transphobic comments.

“Good children are born to those men and women who live their lives as men and women. But, when a woman degrades her womanhood and a man degrades his manhood, the girl child born to the couple will have the character of a man. The child that she eventually gives birth to, will be born transgender,” Rajith can be seen preaching to a gathering.

He did not stop at that. Rajith also peddled harmful rhetoric about disabled children.

“The children born to rebel men and women have this new disease called autism,” Rajith said, proceeding to show a video clip of a foreign family, where both the children are autistic.

“Do you see that? The mother is wearing jeans and both her children suffer from autism,” Rajith exclaimed.

With several people calling out his offensive and ill-informed remark that he tried to pass off as scientific information, the state government has come down heavily on Rajith. On Sunday, Health Minister KK Shailaja released a press note barring Rajith’s participation in government programmes. Over the years, Rajith has reportedly been holding “awareness sessions” in several schools, colleges and government offices.

“Rajith Kumar has been consistently propagating superstitious and sexist ideas… After having made a comment that transgender people are born to women who wear jeans, he reiterated the statement in a television show. We are mulling legal action against him for making such derogatory comments,” the minister said.

Rajith goes on the defensive

Even as people have been calling out his misogyny and unscientific remarks, Rajith vehemently defended himself and his claims. Taking part in Njangalkkum Parayanund, a chat show on Mathrubhumi News Channel last week, Rajith argued that his remarks were based on years of academic experience and were backed by science.

However, the panelists who took part in the chat show, including a psychiatrist at Government Medical College in Thiruvananthapuram, criticised Rajith for propagating false claims. Transgender activists who took part in the show, including Transgender Welfare Board members Sheethal Shyam and Sreemayi, hit out at him for making derogatory statements against the community.

Despite people demanding that Rajith apologise for his remark, he stood by his statements.

He went on to justify his remarks through a Facebook video published late on Monday.

In the 7 minutes video, Rajith said that he had been sincerely working towards ensuring that the young generation are not waylaid and that they give birth to healthy children.

“Since the past few days, there has been efforts to put me down and show me in bad light. When I was called to attend a television show, they edited out the portions where I backed my statements with scientific proof. I just want to save children from leading life in wrong ways. Only a certain statement from my 4-hour long speech was taken and is now being used to create misunderstanding among people,” Rajith claimed.https://www.thenewsminute.com/article/wearing-jeans-leads-birth-trans-kids-kerala-prof-slammed-offensive-remark-78960