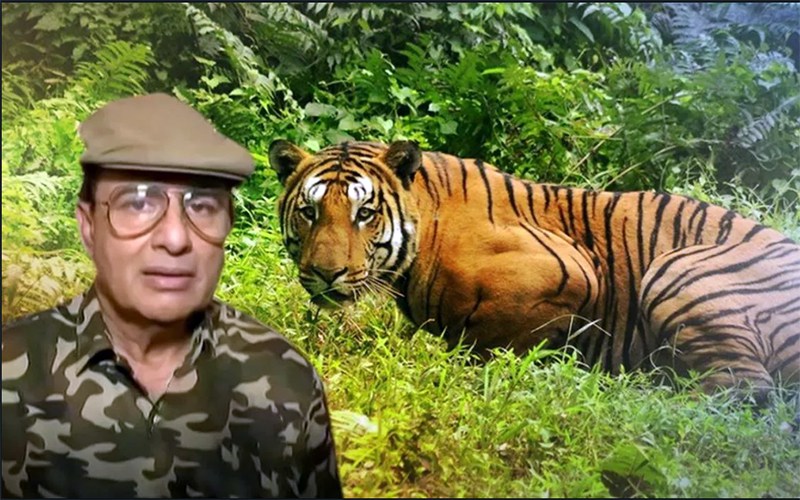 INDEPENDENT STUDY Says bullet was fired when animal was looking away; tranquilliser dart was inserted after her death

MUMBAI: The killing of tigress T1, also known as Avni, on November 2 was not only a violation of the 1972 Wildlife Protection Act but a contempt of Supreme Court (SC) orders on how the wild animal was supposed to have been put down, claimed an independent study.

The analysis by Wildlife Conservation Trust (WCT) said the tranquilliser dart was inserted into the tigress’ body after it died. It also concluded the animal was not shot in self-defence as she was not facing the hunter. Both aspects constitute a violation of SC orders. HT is in possession of the report.

Avni is said to have killed 13 people since June 2016, which forced the forest department to initiate a hunt for the ‘problematic tigress’.

On September 7, justices BP Dharmadhikari and MG Giradkar at the Nagpur Bench of Bombay high court disposed of the civil application seeking a stay against orders to shoot T1.

The order was challenged by the petitioners Dr Jerryl A Banait and Sarita Subramaniam in the SC. Though the apex court refused to interfere with the high court’s decision, it said the forest department would be bound by their own order to tranquillise her first and, in case of failure, shoot her.

According to the report, the dart was found on the tigress’ body with the cannula (a thin tube inserted into a vein or body cavity to administer medication) piercing the skin on the left thigh.

“As observed the cannula of the dart had gone into the subcutaneous layer and had not penetrated into the underlying muscle. There was no haemorrhage observed in the muscles at the darting site,” the report read.

The analysis added the bullet wound was on the left shoulder region near the scapula (shoulder bone) near the third rib.

“The path from the entry wound to the place where the bullet was lodged indicates the trajectory is at an obtuse angle (as measured from the direction of the tigers head) to the axis of the body (spinal axis; nose to tail) … it shows the animal was facing away from the person who fired the bullet,” the report read.

A forest officer who assisted with the post-mortem on November 3 and was present during the analysis, on the condition of anonymity, confirmed it was clear from both reports that the animal was shot first and the dart was merely jabbed into the body.

“It is impossible for the bullet to pass through the shoulder like this if the tigress was about to attack the hunter,” he said.

WHAT THE POST-MORTEM REPORT SAYS

The tranquilliser dart should have penetrated the tigress’ underlying muscle and caused a haemorrhage but had not in this case The dart was found with cannula piercing the skin on the left thigh. The dart was empty and no liquid was observed inside the barrel The bullet trajectory indicates that it was fired at an obtuse angle, and the place of its lodging indicate the animal was facing away from the gunman The weapon remains unidentified as it was not made available at the post-mortem site. Similarly, the empty cartridge was also not available The right lung was found damaged due to the bullet injury, as was the tigress’ trachea 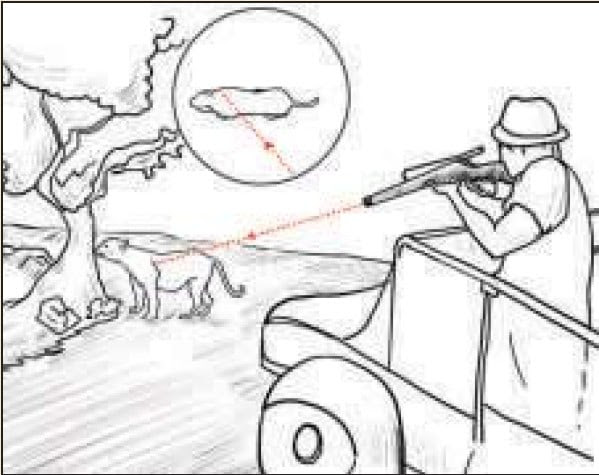 An artistic reconstruction of how the bullet was fired at tigress T1 aka Avni according to the post­mortem report prepared by the Wildlife Conservation Trust.