‘Kisse Kahaniyaan’- A story of Hope & Humanity During Delhi Riots 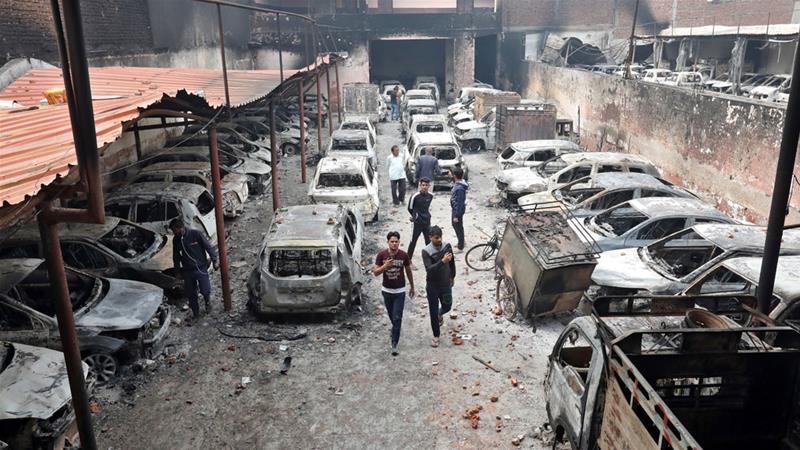 Nazma Parveen narrates a story about a young boy Ankit, who was caught in Mustafabad when the Delhi riots started

When the news of violence in North East Delhi, first started pouring in, on the 23rd of February, a strange dread filled my heart. I was in a different city, but the continuous updates on social media, started making me feel that the events are unfolding in front of my eyes. After frantically messaging a few friends, I only knew through Twitter, I finally joined a Medical SOS group formed by some volunteers to help the people in North East Delhi. What I witnessed in the next few days, were heart wrenching tales of death and destruction. But what I am about to narrate, is a tale of love, compassion and humanity. This is the story of a young ‘Hindu’ boy, Ankit who is a protest poet and was caught in Mustafabad when the Delhi riots started. I had to mention his religion, because we live in times where religion is the most important highlight of any story in India.

So, Ankit had been staying with a Muslim Family in Mustafabad, for some time as he was involved in the Anti CAA- NRC protests taking place in Mustafabad. On the night of 24 February, a lady in our Medical SOS group Suboohi, received a frantic call from Ankit, who got her number through his personal contacts. Some Muslim Women and children, including one of his friends were trapped in a Mosque and he had been trying to reach Police but to no avail. Ankit who had started feeling that this may be his last day, said to her “I may die today, but I want to let people know that I have been staying with a Muslim family for some days, and they are beautiful people. I don’t know why some people hate them”. Suboohi being a religion neutral name, Ankit had mistaken her for a Hindu. The people trapped in the masjid were finally evacuated, but Ankit couldn’t leave Mustafabad for the next few days.

On the third day, when situation was a little under control, he left for his apartment in Central Delhi, but couldn’t stay there for long. His heart continued to ache for the people of Mustafabad and the family he had been staying with. After two days, he went back to Mustafabad to help in the relief work for the riot victims. He started working tirelessly for these victims and continued to stay with the same Muslim family. In the coming week, I was travelling to Mustafabad, and Suboohi gave me Ankit’s number, in case I need any help or guidance. I had just stepped out of Al- Hind hospital, when a young girl approached me and asked me to come and rest at her Aunt’s house for some time. I obliged and went along with her. She took me to a house and a young boy, appeared with coffee and refreshments. While I was sitting there, I received a message from Ankit, who informed me that he has gone to Jaipur for a few days and if I needed any help, I should call Azeem. I looked at the boy sitting in front of him, and asked him Azeems address. He looked at me with an amused expression and informed me that this is Azeems house. A middle-aged lady in Burqa appeared and greeted me with a smile. She was Afroz and had been working tirelessly to cater to the food and other needs of the displaced people who had been staying in the nearby Al- Hind Hospital.

While conversing, I casually mentioned that I had got their reference from Ankit. As soon as she heard Ankit’s name, her eyes lit up. She choked on her tears, as she started talking about Ankit and how he had been helping her with the relief. He calls me “Ammi” now, she declared with a hint of pride in her voice. I reflected at the stark contrast of emotions I had witnessed in the past few days, on one side there was unimaginable hatred and on the other, pure love and compassion. I couldn’t meet Ankit as he was in Jaipur, but in the coming weeks I had regular interactions with him. I got to know, that he was replaced at his job place because of prolonged absence, while his family was completely unaware about what he is doing. He spent his days working for the rehabilitation of the people who had lost everything in the riots. On multiple occasions we advised him, to return to his job, but he refused saying that what he is doing is more important. After the lockdown on 24th March the rehabilitation work came to a halt, but Ankit now involved himself with providing rations to the under-privileged families. With the help of a few people, he has helped at least 50 families to start their livelihood and distributed rations to at least 35,000 families in Delhi.

I wonder what drives Ankit to do the selfless service he is doing, and I am still to get any answers. I wonder, how someone can let go of his family, his job, a comfortable life just to serve people but I fail to understand the motivation. There are times when I feel like screaming at him, tell him that he can’t help everyone and its not humanely possible, but then he proves me wrong every time. You may wonder, why I felt like telling Ankit’s story. Its because we as humans are always clutching on to the last strands of hope and people like Ankit give me that hope. In a hate filled society that we live in today, its imperative that we keep telling the stories of humanity. In the words of Nelson Mandela, “If people can learn to hate they can be taught to love, for love comes more naturally to the human heart than its opposite”.

Its been almost three months that Ankit has been living and helping in Mustafabad, you know him by the name of @kissekahaniya on Twitter.

Dr Nazma who originally belongs to Kolkata is a writer by passion & likes to write on sociopolitical issues.. she can be reached at @nazmaaman. This is an opinion piece and the views expressed above are the author’s own.