Land and caste are still root causes of Dalit repression 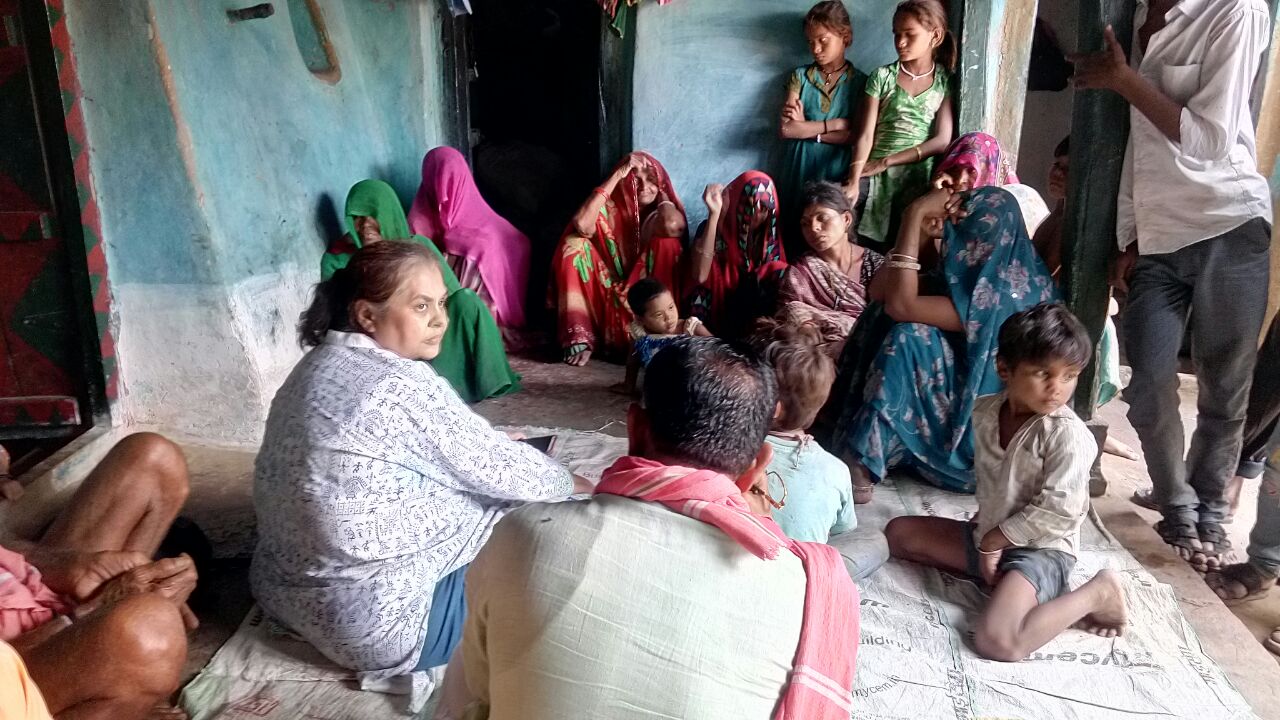 An elderly Dalit farmer was burnt alive at his farm, nearly 70 km away from Bhopal on June 22 morning. The horrific incident occurred at Parsoria village under Himoni village Panchayat of Berasia tehsil of Bhopal district.

Kishori Lal Jatav (70) had gone to till his land when he had an altercation with Parsoria’s Tiran Yadav over its ownership. The dispute turned violent and Tiran along with his son and two nephews poured petrol on Kishori Lal and burnt him alive.

After reading reports of this gruesome murder in newspapers, representatives of several people’s organizations deemed it necessary to go to the bottom of the entire incident. To this end, an eight-member fact-finding team visited Ghatkhedi hamlet of Jatavs where Kishori Lal lived with his family on June 30. He is survived by four sons, two daughters and the wife. There are 25 other Jatav families living in Ghatkhedi.

The team also met the victim’s family members, other villagers besides administrative officers in Berasia. It also visited the spot where the farmer was murdered.

Land dispute between the victim and the murder accused had been running since 2002, soon after the then Digvijay Singh government in Madhya Pradesh had allotted nearly 3.5 acre land to Kishori Lal under its Dalit Agenda.

Ghatkhedi villagers said the land belonged to the government. Before it was transferred in Kishori Lal’s name, the disputed land was under illegal possession of Tiran Yadav, who tilled it along with more government land he had encroached upon.

Transfer of a part of the government land to a Dalit farmer infuriated Tiran Yadav. He was unwilling to part with this piece of land he had encroached. Whenever Kishori Lal claimed ownership of the land and tried to till it, Tiran would violently oppose. They had had quarrels over the land several times in the past too.

Two years ago, Kishori Lal toiled hard on the land and sowed soyabean but when the crop was ripe, Tiran along with his son and nephews forcibly reaped the crop.

Kishori’s widow told the fact-finding team that price of the land had shot up after a Pucca road was constructed adjacent to it two years ago under the Prime Minister Road Scheme. Following this, Tiran Yadav intensified his oppression of Kishori Lal.

The victim had lodged a report against Tiran Yadav of atrocities in Berasia police station last year. When his complaint went unheeded there, Kishori Lal moved to the Scheduled Caste police station in Bhopal but there too his plea was not acted upon. Notably, Tiran Yadav is an office-bearer in the Bhopal district backward class cell of the ruling Bhartiya Janata Party.

Recalling sequence of the incident that resulted in the murder, Kishori Lal’s widow said on June 22, she and her husband had gone to the farm where they saw Tiran Yadav sowing soya seeds by a tractor.  His son and two nephews were also on the farm.

When Kishorilal objected to his land being tilled by Tiran, an altercation ensued. Infuriated, Tiran and his family members poured petrol on Kishori Lal and burnt him alive. In just two minutes it was all over. The fact finding team found that the entire family is not only deeply aggrieved over the brutal murder of the head but also terrified.

Women of the family repeated several times that although they had been enduring threats to life, abusive language targeting their caste and attempt to block them from farming, they had not imagined that one day their oppressors would even burn the family head alive. They demanded exemplary punishment to the perpetrators of this reprehensible violence.

“A lot many people including politicians and social activists are visiting us and consoling the family. We urge them all to help us get justice,” they said.

After the incident, the administration had assured the victim’s family of full protection and deployment of police force at the village. However, the team did not find any policeman either on the spot where the murder occurred or at the hamlet where Kishori Lal Jatav lived.

Berasia sub divisional magistrate R. N. Shrivastava apprised the team of the progress in the case at his office.  He claimed that half of the compensation amount (nearly Rs 4.25 lakh) had been deposited in the bank account of the victim’s family under the SC/ST Atrocities Prevention Act. He also said that a proposal has been sent to the competent authority for proper demarcation of the land owned by Kishori Lal.

On being told about absence of police protection to the family, the SDM immediately ordered for deployment of adequate police force. The team urged the SDM to ensure that crop sowing and harvesting at the land takes place under police protection. All the four sons of the dead farmer are labourers and live in acute poverty.  The team feels that merely providing compensation to Kishori Lal’s family is not enough. The administration must also be sincere in ensuring that the perpetrators of the heinous crime are punished.

Since the main accused is affiliated to the ruling party, possibility of political pressure on the administration to save him and influence the case cannot be ruled out. The team urges the administration to stand with the victim’s family in all sincerity. The team feels that in caste related matters police and administrative officers are often found to be prejudiced against Dalits. Therefore, it is incumbent upon peoples’ and human rights organizations fighting for the rights of the Dalits and the oppressed to constantly monitor the case so that allurements, threats or pressure to protect the accused don’t work.

Killing Or Smuggling A Cow Is Equivalent To Raping A Hindu Girl': RSS Spokesman #Vaw #WTFnews
#India- Tehelka's #Think2013 opens amidst Protests in Goa #Stink2013
Mumbai- Police ‘stop’ the  #Aadhaar public hearing in Bandra, venue shifted at the last minute
Niyamgiri- The Fight between Vedanta and the Dongria Kondh