“Governments that are party to the Convention are now legally bound to take a range of measures to protect human health and the environment by addressing mercury throughout its lifecycle,” the UN Environment Programme (UNEP) said in a statement.

The Minamata Convention commits Governments to specific measures, which include banning new mercury mines, phasing-out existing ones, regulating artisanal and small-scale gold mining, and reducing emissions and mercury use. Since the element is indestructible, the Convention also stipulates conditions for interim storage and disposal of mercury waste.

The Convention – the first new global convention related to the environment and health in close to a decade – entered force today, 90 days after the fiftieth party ratified it on 18 May. There are now 74 parties to the Convention and 128 countries have signed it.

“The Minamata Convention shows that our global work to protect our planet and its people can continue to bring nations together. We did it for the Ozone layer and now we’re doing it for mercury, just as we need to do it for climate change – a cause that the Minamata Convention will also serve. Together, we can clean up our act,” said Erik Solheim, head of UNEP. 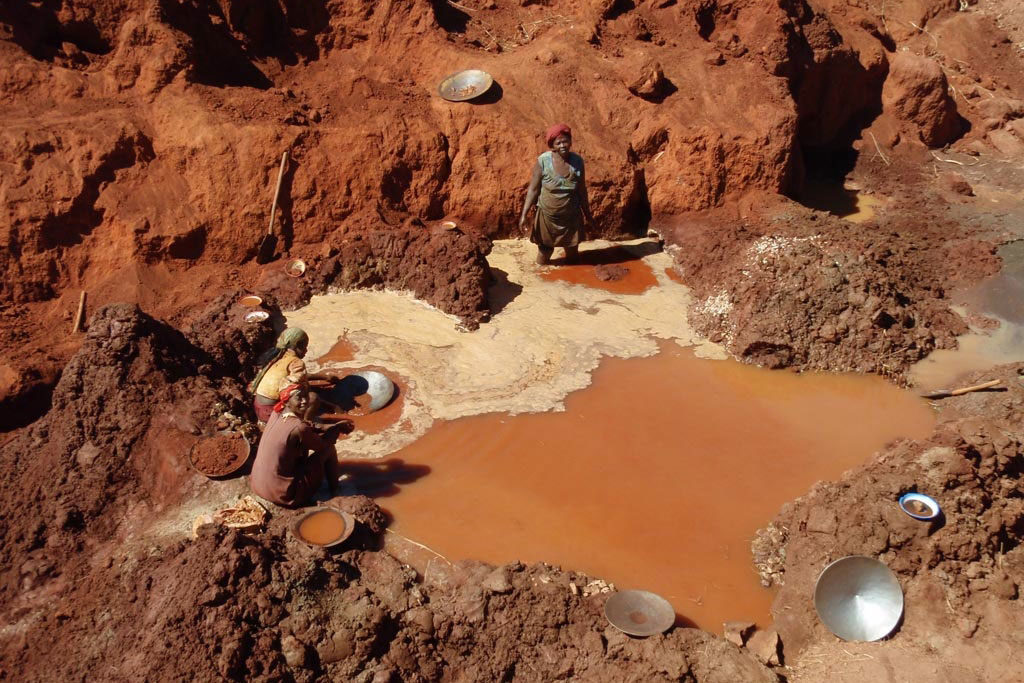 Artisanal small scale mining is responsible for up to 35% of global emission of mercury into the environment.
Photo: Global Environment Facility

The Convention takes its name from the most severe mercury poisoning disaster in history. In 1956, local villages suffered convulsions, psychosis, loss of consciousness and coma from eating the fish in Minamata Bay, Japan, in which industrial wastewaters had been dumped since the 1930s. Thousands of people were certified as having directly suffered from mercury poisoning, now known as Minamata disease.

According to UNEP, up to 8,900 metric tonnes of mercury are emitted each year. It can be released naturally through the weathering of mercury-containing rocks, forest fires and volcanic eruptions, but significant emissions also come from human processes, particularly coal burning and artisanal and small-scale gold mining. Mining alone exposes up to 15 million workers in 70 different countries to mercury poisoning, including child labourers.

Other man-made sources of mercury pollution include the production of chlorine and some plastics, waste incineration and use of mercury in laboratories, pharmaceuticals, preservatives, paints and jewelry.

“There is no safe level of exposure to mercury nor are there cures for mercury poisoning, which at high levels causes irreversible neurological and health damage,” UNEP said, particularly among unborn children and infants.

The first meeting of the parties to the Convention will be held 24 to 29 September in Geneva.