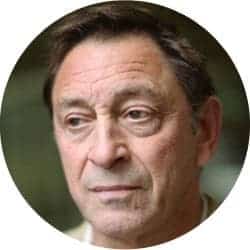 It is intellectually excusable for those on the political right to want to restrict the meaning of work to labour, or income-earning activity. It is inexcusable for those on the political left to do so. Social democrats are paying a heavy political price for having done so throughout the 20th century. They fell into their own political trap, putting the notion of Full Employment on a pedestal, when that meant little more than maximising the number of people in labour, in positions of subordination to bosses.

Unless the left can escape from the folly of equating labour with work, they will continue to haemorrhage support and drift into the political margins. Why should putting as many people in ‘jobs’ be construed as defining progressive politics?

Social democrats, who have based their politics on labour, should be reminded that the objective of employment stability, or security, was originally advocated by employers in the mid-19th century, not workers’ representatives. For many decades, the term ‘in employment’ was a matter of regret, a recognition of low social status, typically applied to single women obliged to take low-paid positions serving in households headed by the bourgeoisie or aristocracy.

Through the 20th century, a peculiar alliance of political ideologies made labour obligatory, except by the landed gentry and the ‘idle rich’. What should at most have been regarded as an onerous necessity in a capitalist system became a pathological necessity in the Soviet Constitution in the Leninist phrase, ’He that doth not labour should not eat’, and took an equally anti-emancipatory form in all forms of social democracy.

Very deliberately, entitlement to decent social security was limited to those who performed labour for bosses, or who demonstrated in demeaning ways a willingness to perform labour, or who, in a derivative subordinated way, were married to someone who was performing labour, or who had spent a long period in service doing so.

Heroes and heroines of social democracy took all that to logical conclusions. Thus Beatrice Webb, mother of Fabian socialism, openly advocated labour camps, using force if necessary, giving Blairite Ministers a justification for advocating workfare several generations later. Meanwhile, William Beveridge, patron saint of the British welfare state, an avowed liberal currently being feted in a celebratory year in the LSE, believed in ‘the whip of starvation’ to force workers to labour. At best, this perspective is paternalistic; at worst, anti-emancipatory.

These prejudices were taken forward into ILO Conventions, the embodiment of the social democratic model. They crystallised in Convention 102 of 1952, the Social Security Convention, which speaks of ‘breadwinners’, dependent wives and years of ‘service’ in labour, earning entitlement to protection. This quaint piece of legislation may seem like a throwback to the 1930s that led social democrats to work for it after 1945. However, in 2001 the trades unions of Europe and social democratic governments led the way in demanding that it be kept as one of the ‘up-to-date’ international conventions.

These inconvenient truths must be confronted, not brushed out of the left’s history. Social democrats have been remarkably silent on the systematic distortion of work as labour. They have, for a start, done nothing to alter the rhetoric or to question the statistical representation of work that has been used in national accounts and labour statistics since the 1930s. Unless they change, they cannot hope to recapture the political heights, and they will not deserve to do so.

If you spend six hours a day caring for an elderly relative, that in social democratic and neo-liberal parlance is not work. If you spend three hours a day looking after somebody else’s elderly relative for a wage, that is called work, you are elevated to decency as an ‘employee’, and you are likely to be protected in some way by labour and social security laws. This discrimination is absurd.

At this point, one should mention the common social democratic impertinence, the assertion that being in a job gives someone ‘dignity’, ‘status’ and the means of social integration, a sense of belonging in society. I should declare an interest here, perhaps shared by a few readers. I have never felt more dignity or more integrated in society than since I ceased to have a job.

Rather more germanely, tell a man going down a sewer to fix pipes that he is gaining dignity and a sense of belonging to society, and you may receive an unwelcome retort. Indeed, if you did not, one might be inclined to think of false consciousness. Tell a woman who reluctantly goes out in the morning to clean bed pans that she is being integrated and should be grateful for having a job, and you may receive an earful, as they say.

For most people, jobs are instrumental, not to be vilified or romanticised. There is no justifiable reason for elevating them above other forms of work. It is this that social democrats have done. That is not a progressive position. Marx was right in calling labour ‘alienated activity’.

However, today there are two other reasons for saying that all progressives should be more radical and intellectually honest about work. First, the dualisms of labourism that made a rough-and-ready basis for social democracy in an era of industrial capitalism are breaking down. It is increasingly distortionary to persist with the pretence that they still apply as norms. The growing precariat know this all too well. That is one reason why they are tending to turn to new progressive movements that old social democrats are all too keen to dismiss as ‘populist’.

The two dualisms that were the base of social democratic social and labour policy were the ‘workplace’ vs other places and ‘labour time’ vs other time uses. More and more work is being done away from formal workplaces and outside labour time, as I have argued at length elsewhere (here and here). Those in the precariat often spend more time doing work-for-labour and work-for-the-state than actual labour. Social democrats implicitly tell them that this is not real work.

If one accepts this reality, then one should recognise that existing national labour statistics increasingly distort the images of work and the way people are living. Making social policy dependent on observed labour is correspondingly indefensible for anybody claiming to be on the left. For somebody on the right, the distortion is fantastic. Protection should only be given to those in visible labour. It was Third Way social democracy that went furthest down that road, claiming there should be no rights without responsibility, and that the poor should demonstrate that in labour, by being in jobs.

One should leave it to the conscience of social democrats to explain why they have been silent on the nature of national labour statistics. The end game of the acceptance of the labourist model is workfare, which is inevitable if one accepts means-testing and labour market flexibility. Matteo Renzi in Italy was the latest to go in that direction, and his social democratic party (PD) is the latest to pay the price of implosion, to become ‘dead men walking’. Wim Kok, who forged the Third Way, set the way for the Dutch Labour Party entering the abyss, the Hartz IV reforms condemned Germany’s social democrats to its long decline, and New Labour with its lurch to means-testing and workfare lost the British precariat, and allowed the spectre of Universal Credit to emerge as the most illiberal social policy for many decades.

Unless social democrats can reverse their commitment to labourism, they are surely finished as a political force. It is that fundamental. However, it is the other reason for wanting to refashion progressive thinking about work that is even more important in the context of the ecological crisis rushing towards us.

Sadly, the left in general and social democrats in particular have a bad record in ecological terms. Whenever there has been a conflict between job creation and the environment, they have given precedence to jobs, so-called ‘working class’ jobs. At best, social democrats have been left with a residual policy of dealing with ‘externalities’ and pollution control, rather than advocating a sustainable development strategy.

That aside, the left must restart. Consider the following dilemma. If only labour is captured by national statistics, and if only labour is accepted by the bureaucrats operating social policy, then ‘economic growth’ is underestimated and we give too much emphasis to activities that result in resource depletion. If instead, a non-labourist approach were taken, the value of work that is not labour – commonly called ‘use value’ – would be given at least equal weight to the value of labour – exchange value.

For anybody on the ‘Green-Left’, this should have wonderful appeal. It would enable them to overcome the awkwardness of the term ‘de-growth’. If activities designed to conserve resources and reproduce ourselves and our communities, our commons, are given equal value to resource-depleting activities, then shifting from the latter to the former would not lower ‘growth’ or be ‘de-growth’. It is hard to sustain a political campaign of de-growth if that means lowering economic growth, since with conventional statistics that implies lowering the standard of living on average. To a sophisticated Green, that might make one feel virtuous and principled, but it is unlikely to appeal on the doorstep of the typical voter.

If work that is not labour were given equal (or ideally more) weight and attention in statistics, in progressive rhetoric, and in articles and books written by progressives, that would enable everybody to measure ‘growth’ in a more ecologically sensible way. I am sure many of us on the left feel uncomfortable with calls by quasi-Keynesians and others on the left for more growth when that might just mean more rapid resource depletion, global warming and loss of work in favour of labour.

There is no escape from the social democratic trap. In conventional thinking, if you shift from doing a boring job going to an office each day to spending the same time looking after elderly relatives or your local community, economic growth goes down, which is regarded as ‘bad’. If that care work were valued at no more but no less than that office job, the shift would not lower growth. Some of us would wish to be more radical still. But that would be a great start