Lest We Forget: The Shocking Pictures Of #BhopalGasTragedy #Bhopal33 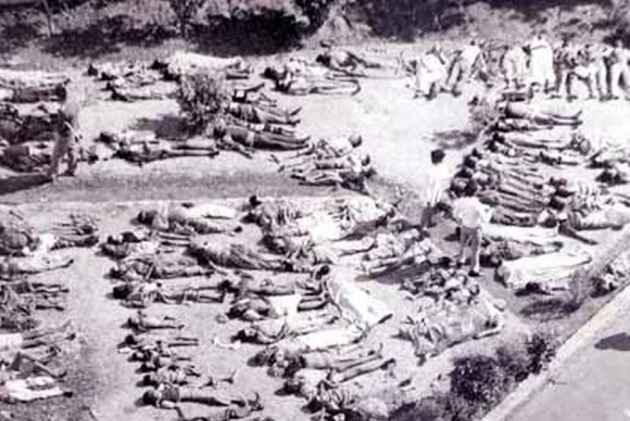 On the midnight of December 2-3 in 1984, Bhopal slipped inside into the  grip of deadly cloud of lethal gas leaked from the factory of Union Carbide pesticide factory in Bhopal. Chaos and panic broke out in the city  and surrounding areas and the first sensations due to the gasses were – suffocation, burning eyes, cough, vomiting  and blur vision.

Before the morning, the lethal gas floating from the factory over Bhopal killed thousands and injured lakhs. This was true, there was no cacophony of birdsong in the wee hours of the next morning. During that night itself, more than three thousand persons died instantly or were seriously injured after inhaling the poisonous gas leaked from Carbide’s pesticide plant. According to an initial estimate, approximately 50 thousand people were treated in the first two days in the hospitals in and around the State capital. Years passed, but the figures of gas victims continued to shot up. In the year 1987, when the figures of death touched the 21,000 figures, the government abruptly stopped to maintain the ‘death register’. Campiagners say, nearly 12,000 others have since died from the ill-effects of the lethal gas. Death register may not be maintianed, but Bhopal is unable to overcome from the tragedy. On the 33rd anniversary of the world’s worst industrial disaster, two organisations (Bhopal Gas Peedit Mahila Udyog Sangathan and Bhopal Gas Peedith Sangharsh Sahayog Samiti) working here among the victims of the Union Carbide gas disaster of 1984 have shared the pictures with Outlook.