Letter to ‘You’ From A Citizen: You Think With Murder You Can Silence Us, You Are Mistaken! 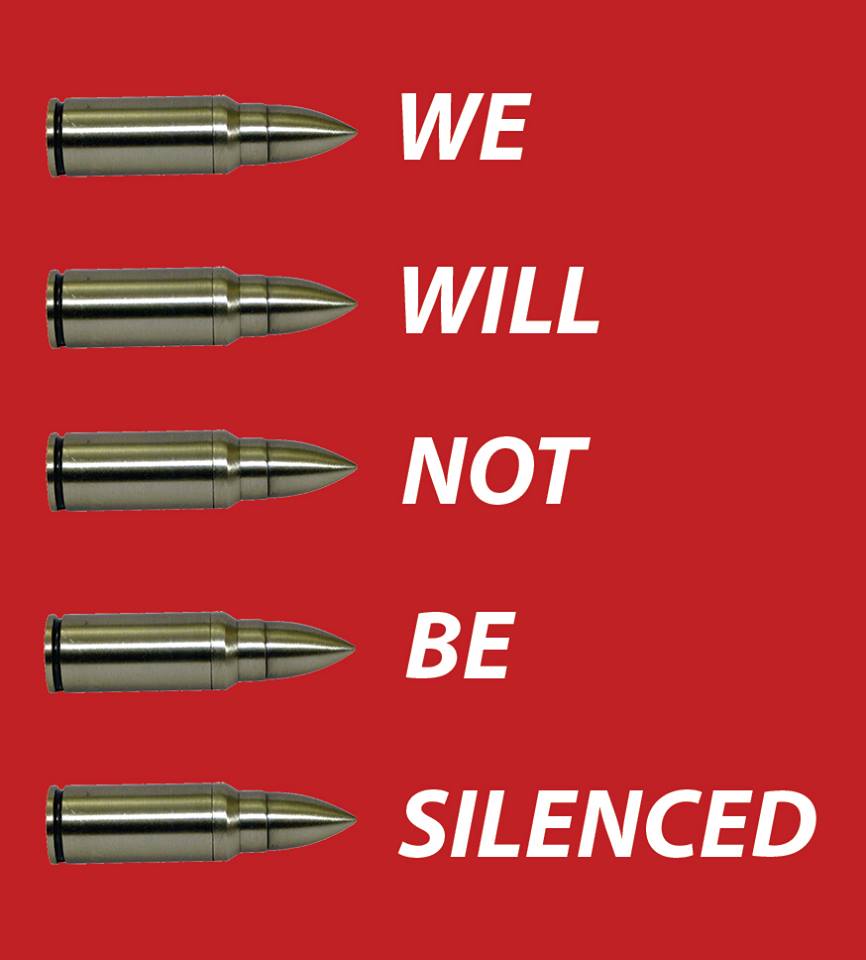 HOSUR, TAMIL NADU: You – who think that bravery means shooting an unaccompanied 55 year old courageous woman ruthlessly and disappearing into the dark.

You – who think that power means poisoning your countrymen’s minds with narrow thoughts of fragmentation and ruling in that chaos.

You – who think that control means filling people with fear and numbing their thinking, questioning minds

You – who think that patriotism means holding up a certain flag and shouting a certain slogan on a certain stipulated day.

You – who are trying to feed these misleading ideas to the millions in this country, sometimes subtly and covertly – bit by bit and at other times with loud sounds and big pomp and show.

This is to let you know that I am NOT BUYING IT. I, who am just another citizen of this country, can see what you are trying to do to the country and it is making me very unhappy and angry (not scared).

It is very evident to me that a force that steps out stealthily in the dark to kill someone to silence them cannot belong to any one religion or caste or ideology. That force forms a separate religion of its own – a religion of hatred, a religion that doesn’t honour any God, a religion that has no principles or morals other than their own vested interests, which are mostly insidious.

I can very clearly read between the lines when you are making a big hue or cry and disrupt normal life due to some ‘objectionable’ scenes in a movie, some youngsters in a park, some religious idiosyncracy (the list goes on) while thousands of our countrymen are starving/unemployed/threatened. I know that a group like yours doesn’t have the best interests of anybody in your mind except the people who fund such mindless violence for their own games of greed.

I want to tell you that if you think that by disrupting life in a few places you can scare me, that by murdering courageous revolutionaries, you can silence the voices of truth that are rising within me – YOU ARE MISTAKEN!

For me, the symbol of courage is that woman you gunned down two days back who inspite of your threats wasn’t scared to walk by herself in the night and live alone in the city. She is the one who inspires me. She is the one I will follow!

For me, power is the voices of dissent and outrage that still speak fearlessly against you without fear of either defeat or death. Those voices that span across the country throught different age groups, professions and social classes. The voice of the civil servant who is fighting against the corrupt practices. The voice of the journalist who has, for years, spoken loudly and clearly about the suffering farmers of the country. The armed forces veteran who inspite of all the hatred, violence and corruption he has witnessed still propagates non violence and faith in the constitution. The ordinary citizen who refuses to bribe inspite of the inconveniences. These are the voices I believe in!

For me, control is the vote that the constitution has put into my hands. I know that you can’t do such things blatantly without some kind of sanction from some authority. I want you to know that if I feel threatened because of you, I can demand a change!

For me, patriotism is believing, with every fibre of my being, that we are a sovereign, socialist, secular, democratic republic!! And this is the core of this country!!

Don’t mess with the core and foundations of my country, I might not be a mute onlooker everytime!