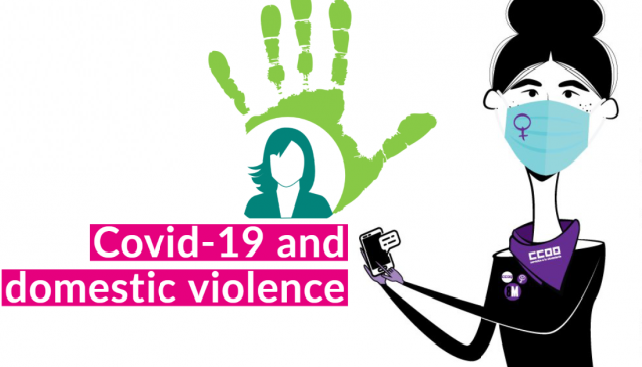 Taking into account sharp rise in domestic violence against women across the world during the ongoing Covid-19 pandemic, a web policy talk, organised by the Impact and Policy Research Institute (IMPRI) in association with the GenDev Centre for Research and Innovation has been told that in India there has been a huge rise in domestic violence, though regretting, the National Commission for Women (NCW) is “under-report cases.”

Quoting studies, Prof Mehta said, “The most surprising part is eight out of ten such women reported their current husbands as the main perpetrators, which is justified by half of the women in certain circumstances like neglecting the house or the children, or going out of the house without permission.”
Pointing out that there has been a “sharp rise in cases of violence against women after the novel coronavirus outbreak and lockdown in Germany, Canada, Spain, UK, China, France, US of America and many other countries”, the NCW has also confirms “a significant increase in gender-based violence in India, with reported cases of domestic violence going up to 914 in May 2020 from 271 in January 2020.

However, he regretted, NCW has “highly under-reported cases due to various reasons, and needs urgent attention from government and other stakeholders.”

Prof Kelkar said, two worst outcomes of the current pandemic is rise in income inequality and increase in domestic violence against women, noting, the lockdown has put “a lot of pressure on women particularly their burden of household and care work has increased multiple time. Worse sufferers include government-sponsored Asha women health workers, “who face the cycle of delayed payments-rising expenses-debt cycle”, which is “life threatening.”

Dr Manorama Bakshi, senior adviser, Tata Trusts, said, as per the cost-benefit analysis done by Copenhagen Consensus Centre, gender-based violence costs 25 times more than wars, adding, the girl child is the “most affected” post-pandemic with a likely rise in cases of child labour and child marriages due to poverty.
She added, “Patriarchy and other social norms that hinder the gender equality”, suggesting, “The government’s positive actions will decide the situation of gender inequality post-pandemic.”
Suhela Khan, country programme coordinator, WeEmpower Asia, UN Women, said that the pandemic has not only resulted rise in domestic violence but also spiked the cases of sexual and ethnic violence. “Lack of privacy at home for women is also a major reason for violence against women”, she said.
According to the UN expert, “Many men have lost their job, Lack of income and frustration among them is converting into violence against women at home”, adding, “Work from home has increased during the pandemic, which is providing a new way of work for women who can make the work-life balance by working from home.”
Dr Indu Prakash Singh, facilitator, CityMakers Mission International regretted that “inactiveness” on the part of the police force to help women who are in trouble is a major reason why violence against women continues unabated. He wondered how men seek to justify violence against women in our society.
The web policy talk was initiated by Dr Simi Mehta, CEO and editorial director, IMPRI, pointing out thatviolence against women continues to be one of “the most prevalent and least recognised human right violations.” Two research assisants, IMPRI, Anshula Mehta and Ritika Gupta, gave specific instances of women suffering from mental and physical harassment.
Dr Arjun Kumar, director, IMPRI, who summed up the discussion, suggested that families and teachers should teach their wards, especially boys, about the importance of gender equality in society and the need to remove evil societal norms such as patriarchy and male domination and violence against women. “Without removing such social evils, we cannot think about achieving the Sustainable Development Goals of gender-equal society by 2030”, he sai