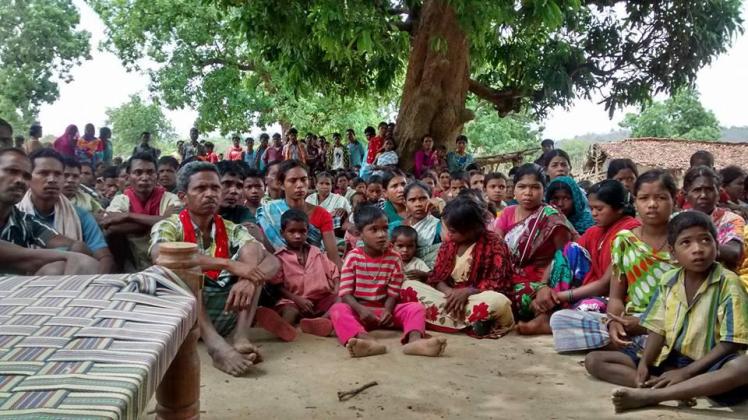 Tribal rights activists say around 30,000 people, who fled Chhattisgarh due to Maoist violence, are living in 248 settlements in forests of Odisha, Andhra Pradesh, Telangana and Maharashtra.

New Delhi: The Centre’s efforts to identity and rehabilitate around 5,000 tribal families displaced from Chhattisgarh due to Naxalism have not moved beyond the survey stage.

The National Commission for Scheduled Tribes (NCST) and the Union Tribal Affairs Ministry had in July asked Chhattisgarh, Telangana and Andhra Pradesh to conduct a survey to ascertain the number of tribals displaced due to Left-wing extremism before December 13, 2005, so that a process could be initiated to rehabilitate them. The states were given three months to complete the survey.

Tribal rights activists say around 30,000 people, who fled Chhattisgarh due to Maoist violence, are living in 248 settlements in forests of Odisha, Andhra Pradesh, Telangana and Maharashtra.

These tribals are living in deplorable conditions without any access to drinking water and electricity. They get lower wages, and most of them do not have ration cards or voter IDs and cannot prove their citizenship, according to the activists.

In October, the Union Home Ministry also wrote to these state governments to find out how many tribals had been displaced from Chhattisgarh. However, officials said, the three states are yet to start the survey work.

An official from the Chhattisgarh government said the survey got delayed as the administration was busy with local body elections.

“In Chhattisgarh, the areas they lived in are almost inaccessible… The neighbouring states, where these tribal families currently live, are in a better position to conduct the survey,” he said.

Rights activists claim these states do not recognise them as tribals. They have no rights over forest land and remain excluded from all social security benefits.

The tribal families can apply for land titles under a “lesser-used” provision in the Forest Rights Act, 2006, which recognises people’s right of settlement in forests and gives them a legal document of ownership of their traditional habitation, according to tribal rights activist Shubhranshu Chaudhary.

Their original villages are in deep jungle, miles away from the main road, and Naxalism continues to be a threat there, Chaudhary says.

Therefore, the activist adds, around 500 tribal families have asked the government to consider their plea for land under the FRA provision for ‘in situ rehabilitation’, wherein alternative land can be given against the one they were forced to leave before 2005.

Section 3 (1) (m) of the Act states: “Right to in situ rehabilitation including alternative land in cases where the Scheduled Tribes and other traditional forest dwellers have been illegally evicted or displaced from forest land of any description without receiving their legal entitlement to rehabilitation prior to the 13th day of December 2005.”

Chaudhary says the provision remains “untouched, as no claim for land titles has so far been made under it”.

The state governments, however, do not know how to implement the provision in the absence of “clear guidelines” from the Centre in this regard.

In September, the Chhattisgarh government wrote to the Tribal Affairs Ministry, asking it to clarify if “Section 3 (1) (m) is applicable in cases of interstate displacement”.

An official said the ministry was drafting the guidelines which “may take some time”.