Sai Ram, burned alive because of a stray goat, was just one of 17,000 Dalits to fall victim to caste violence in the state of Bihar 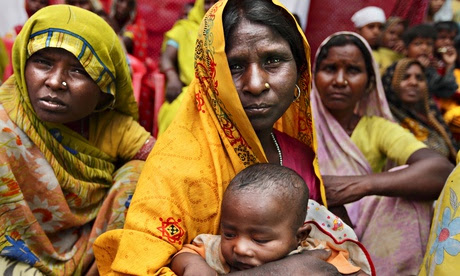 In another time, another place, Sai Ram might have escaped serious harm. But he died in great pain last week, a casualty of a bitter, barely reported conflict that still claims many lives every year.

Ram, 15, was a goatherd in a village in the poor eastern Indian state of Bihar. He was a Dalit, from the lowest rung of the caste hierarchy that still defines the lives, and sometimes the deaths, of millions of people in the emerging economic power.

His alleged killer, currently being held by local police, is from a higher landowning caste. He took offence when one of the teenager’s goats strayed on to his paddy field and grazed on his crops. Ram was overpowered by the landowner and a group of other men. He was badly beaten.

Then petrol was poured over him and lit, Ram’s father, Jiut Ram, said. “He was crying for help, then went silent,” the 50-year-old daily wage labourer told the Guardian.

The incident took place at Mohanpur village, about 125 miles (200km) south-west of Bihar’s capital, Patna, in an area known for caste tensions. It was the latest in a series of violent incidents that have once again highlighted the problems and discrimination linked to caste, particularly in lawless and impoverished rural areas.

Earlier this month, five Dalit women were allegedly gang-raped by upper-caste men in central Bihar’s Bhojpur district. In September, hundreds of Dalit families were forced from their homes in two other districts of Bihar after a man from the community tried to contest a local election against higher caste candidates.

Several political, social and economic factors usually lie behind such upsurges in caste-related violence. One reason for Bihar’s recent incidents may be the appointment in May of Jitan Ram Manjhi, a Dalit, as the chief minister of the state.

Since taking power Manjhi has announced measures to help other Dalits in Bihar, one of India’s poorest states, and is reported to have urged the community to have more children to become a more powerful political force.

Dalits account for some 15% of Bihar’s population of 103.8 million.

The chief minister’s call was not well received by members of other castes, local observers said.

Sachindra Narayan, a prominent Patna-based social scientist with the National Human Rights Commission in Delhi, said: “The prime reason [for the violence] is that [Dalits] feel empowered after seeing someone from their community at the head of the state and have begun to assert their rights. This is purely a retaliation from the dominant social groups.”

Manjhi claims a temple in northern Bihar was ritually cleaned and idols washed with holy water after his visit to the shrine. Such ceremonies are still performed by upper castes to eradicate “pollution” left by lower-caste visitors.

“A deep-rooted bias prevails against … those from the downtrodden sections of society … I have myself been a victim of caste bias,” the 70-year-old said.

In the vast neighbouring state of Uttar Pradesh, caste is also a major political issue, with power contested by two parties that broadly represent two different caste communities. That of Mayawati explicity campaigns for Dalits, while the ruling Samajwadi party is seen by many as representing the Yadavcommunity, once pastoralists.

Caste became a factor in recent national elections too. The prime minister, Narendra Modi, comes from a poor family from the lower-caste Ghanchicommunity, which is associated with selling oil. His rise from humble origins to leader of 1.25 billion people has inspired many – but also provoked scorn from elite politicians who have mocked his background.

The origins of caste are contested. Some point to ancient religious texts, others to rigid classifications of more local definitions of community and identities by British imperial administrators. The word “caste” is of Portuguese origin.

Regardless of its origins, the word still has the power to stir controversy. Arundhati Roy, the Booker prize-winning author, recently accused Mahatma Gandhi, India’s revered independence leader, of discrimination and called for institutions bearing his name to be renamed because of his attitude to caste.

She said: “It is time to unveil a few truths about a person whose doctrine of nonviolence was based on the acceptance of the most brutal social hierarchy ever known, the caste system … Do we really need to name our universities after him?”

Sociologists say the rapid urbanisation of India has weakened the caste system as the realities of living in overcrowded Indian cities make reinforcing social separation and discrimination through rituals or violence much harder.

But if change is coming to places like rural Bihar, it is often accompanied by violence.

Last October a roadside bomb killed Sunil Pandey, a landowner who was alleged to be a senior figure in a militia formed in 1994 to enforce the interests of higher castes in the state, but which has been largely dormant recently.

The Ranvir Sena militia, formed by men of the Bhumihar caste of landlords, is held responsible for a series of massacres of Dalits in the 1990s. These murders, in effect reprisals against local Maoist guerrillas, who have also killed many, reached a bloody climax with the deaths of 58 men, women and children with no connection to extremism in the village of Lakshman Bathe in 1998. Ranvir Sena and Pandey were blamed.

The authorities have pledged rapid justice for Ram, the 15-year-old burned to death last week. But of nearly 17,000 pending trials in Bihar involving charges of violence against Dalits only a 10th were dealt with last year.

“We are going to … start speedy trial of the case,” Chandan Kumar Kushwaha, the local superintendent of police, said, while the chief minister told reporters he was taking a personal interest in the case.

“I have talked to the state’s director general of police and district superintendent of police concerned, and ordered them to … deliver instant justice to the victim [sic] family,” Manjhi said.

For the teenager’s father, nothing can compensate for the death of his son. “My entire world is lost now,” he said.