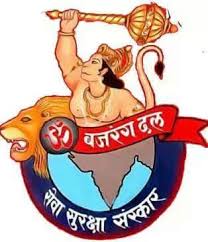 Some of the priests and seminarians, released in the early hours of Friday, alleged they had been roughed up by members of the right-wing group on the police station’s premises. Seminarians and priests at Civil Lines police station at Satna after they were allegedly attacked by Bajrang Dal activists.(HT photo)

More than 30 priests and seminarians singing carols at a village near Madhya Pradesh’s Satna town were detained on Thursday after Bajrang Dal activists accused them of forced conversion. One priest was also arrested under the state’s anti-conversion law on Friday.

Some of the priests and seminarians, released in the early hours of Friday, alleged they had been roughed up by members of the right-wing group on the police station’s premises. Both the police and the Bajrang Dal activists denied the allegations.

Eight priests who had come to the Civil Lines Police Station on Friday to inquire about the previous day’s detentions were also detained, while their car was torched. Police said they were unaware of who torched the car, and added that they had registered a case under IPC Section 435 (mischief by fire or explosive substance) in connection with the incident.

On Friday, M George, who teaches at St Ephrem’s Theological College, and five unknown persons were booked under the Freedom of Religion Act and Sections 153-B and 295-A of the IPC on a complaint by one Dharmendra Dohar, who alleged he had been offered money to convert to Christianity.

A resident of Bhumkahar village, the 21-year-old alleged that missionaries were active in his village for the last two years, and that he had been given “Rs 5,000, a cross and a Bible” after he took a dip in a pond to change his faith.

The Catholic Bishops’ Conference of India (CBCI) denied allegations of forced conversion, and said that 30 seminarians and two priests from the Theological College were detained by police when they were conducting a carol singing programme — a routine practice during Christmas season for the last 30 years.

Sub-inspector Mohini Sharma of the Civil Lines Police Station said George, 60, was released on bail, and police are yet to identify the five others allegedly involved in converting Dharmendra.

She claimed police had brought the priests and seminarians to the station because the situation in the village was getting tense due to the presence of Bajrang Dal activists.

Secretary General of the CBCI, Bishop Theodore Mascarenhas, told The Indian Express that charges of conversion were yet to be proven, and accused the police of complicity with right-wing activists. He alleged that the police stood by as the priests and seminarians were assaulted.

“The charge of conversion for which the priests and seminarians were detained is frivolous. The situation outside the police station was allowed to be so hostile that even those who wanted to approach the detained persons could not get access to them. The violence perpetrated by groups, who claim to be nationalists and have taken upon themselves the mantle of protecting nationalism and religion, is disgraceful,’’ the CBCI said in a statement.

Madhya Pradesh, a BJP-ruled state, has an estimated 2.1 lakh Christian population, as per the 2011 census.

Leo Cornelio, the archbishop of Bhopal diocese, described the incident as “repeated shameful acts of the fundamentalists to rise above the law in attacking the Christian brothers who are spreading love, peace and brotherhood”.

“It is an attempt to divide the society with false accusations on conversion to bring down the development and the core foundation of our country. It is painful to notice that the government is insensitive towards the growing intolerance on minorities,” he said in a statement.

Satna superintendent of police, Rajesh Hingankar, said police brought all clergymen – said to be about 32 – to the police station as they had been surrounded by angry villagers.

“Except the priest who was arrested others were allowed to go on Friday. It is yet to be known as to how the car caught fire,” he added.

Talking to Hindustan Times over phone from the police station Fr George said the cultural programme at the village was a routine event held every year ahead of Christmas celebrations.

He alleged they were forced to squat in a room at the police station at the night in inhuman condition without any warm clothes.

Yatendra Pathak, the Bajrang Dal’s district convener, said they got information that the missionaries were luring people from the Dalit locality for conversion.

He, however, denied attacking the minority community members or any of them setting the car afire.

In his complaint, Dharmendra Dohar alleged that Christian community members have been visiting the village for the past two years and luring him with money to convert to Christianity.

“Because of their threat and lure I have converted to Christianity. They gave us a Bible and Rs 5000 in cash,” he said.

The police say they received a call that the carolers were involved in religious conversions in Satna, a town around 450 km from state capital Bhopal.
Bhopal | 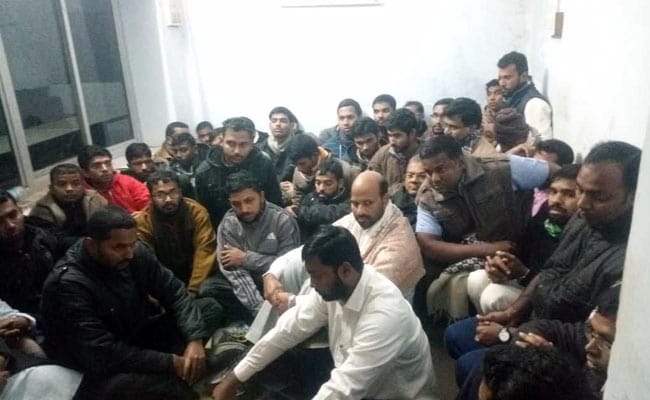 BHOPAL: A group of carol singers and two priests were detained for hours by the police in Satna in Madhya Pradesh last evening after they were accused by the rightwing group Bajrang Dal of forcing religious conversions. Later, a car used by some carolers who went to the police to find out about the detained priests was allegedly set on fire by activists of the same group.

The police say a case has been registered against “unknown people” for the car-burning.

The carolers – about 30 of them – were picked up by the police from a road as they were moving around the town singing carols for Christmas.

The police say they received a call that the carolers were involved in religious conversions in Satna, a town around 450 km from state capital Bhopal. 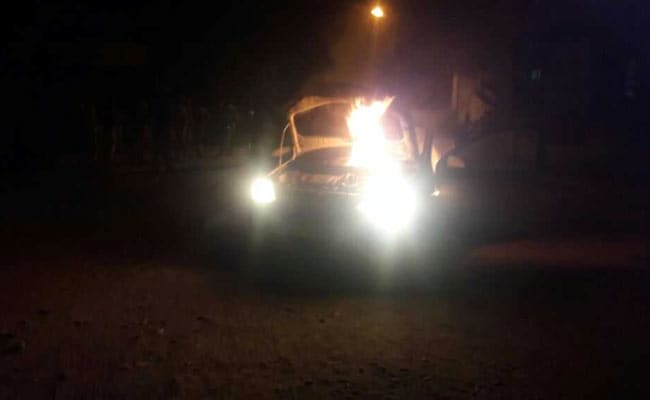