Recent cases in the state show how the anti-conversion law is being used as a political instrument to target Christians.
Supriya Sharma

Photo Credit: Supriya Sharma
On the outskirts of Ratlam, amidst wheat fields, next to a slum, stands the Emmanuel Mission School run by pastor Jose Mathew. Home to poor workers and beggars, the slum looks like the perfect catchment area for any evangelising mission. But the people in the slum complained that the “private” school did not admit their children. As for the pastor, “we would happily attend the prayers if he came and asked us to,” said Pappu Maharaj, a middle-aged man who sat heating his hands over a bonfire, “but he does not.”Born and raised in Kerala, 49-year-old Jose Mathew came to Madhya Pradesh in 1990. For the last seven years, he and his wife, Ruby Jose, have been at the helm of the school established with the support of Emmanuel Ministries, which calls itself a Christian humanitarian organisation and is headquartered in Kota, Rajasthan.Mathew is also the head of the United Christian Council in Ratlam. In that capacity, he said he helped the Indian Pentecostal Church organise a two-day spiritual meeting on December 11-12. He found them a venue – the Lion’s Club hall in the centre of the town – and took permissions from local authorities. A week before the meeting, pamphlets were distributed at local churches announcing the “Ratlam Christian Spiritual Conference”. 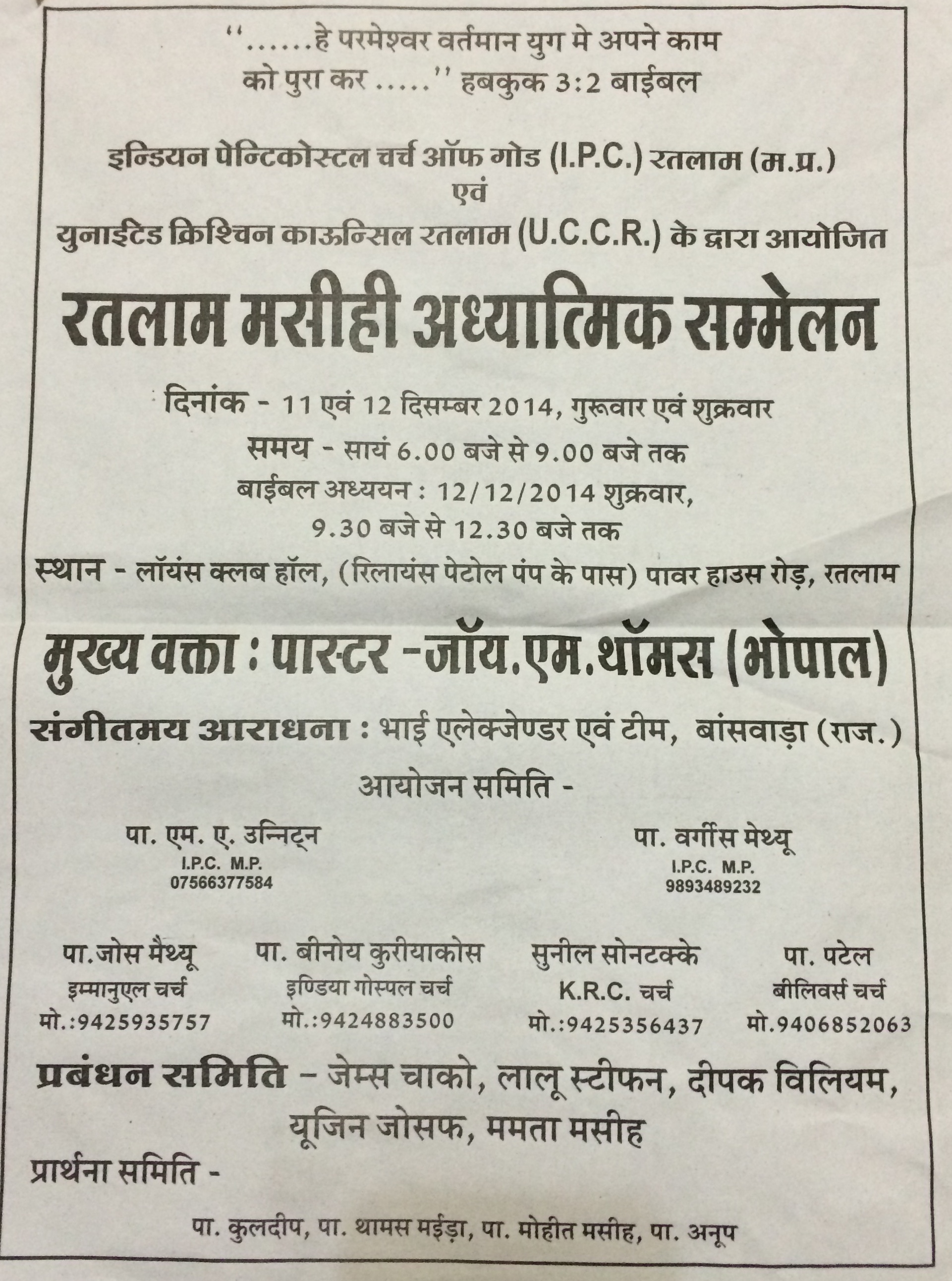 The meeting was publicised through pamphlets.