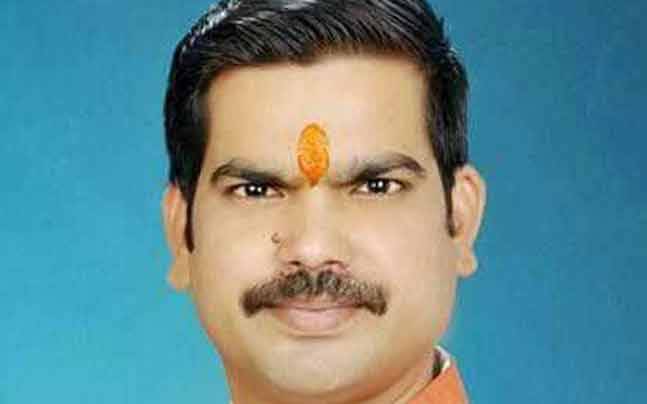 Madhya Pradesh state Bhartiya Janta Party unit has expelled the state media coordinator of its scheduled caste cell after he was arrested by the cyber cell of the Bhopal Police for allegedly running a sex racket.

Neeraj Shakya was arrested along with eight others on Friday from a flat in the E 7 locality of Bhopal. Four girls were also rescued from the flat.

According to the police, Shakya and the gang used to call girls to Bhopal by assuring them jobs and then push them into prostitution.

“The gang used to track girls through human resource websites. They used to get their details from their resumes and and then call them to Bhopal by promising them jobs,” SP cyber cell Shailendra Chouhan said.

The gang of nine, out of which one is still at large used to target girls from north-eastern and southern states.

Police have also recovered a contact book from the accused and is verifying the numbers that are listed in it.

“We have found contact details of several girls and some high profile people in the contact book. Their involvement is being investigated and once it is established, action would be taken accordingly,” police said. The BJP initially denied any association with Neeraj Shakya but once the letter announcing his appointment started circulating on social media the party announced his expulsion.

Some of the illegal exchanges busted by the MP ATS in February were also running at rented flats in the posh Arera Colony, exposing how house owners flout police and administrative orders to get mandatory police verification of tenants done.

According to SP (Cyber Cell Bhopal) Shailendra Chouhan, “our team was working on the matter since three months following specific inputs about an online sex racket running in posh areas of Bhopal through a web portal.” Sustained probe revealed that those operating the racket were regularly scanning resumes/CVs of girls and women urgently needing jobs on various job portals.

The men had listed their own contact numbers on the web portal facilitating the alleged sex racket.

“The racket operators established contact with the women (mostly Class X or Class XII pass outs) across the country, as they were urgently seeking jobs. These men then convinced them to come to Bhopal. Subsequently, these girls were called to the rented flats to meet customers, who were introduced as prospective employers who would give them jobs at hotels and beauty clinics,” said Chouhan.

The kingpin of the racket, Subhash alias Veer Dwivedi, who hails from Satna district in MP and has in the past worked as a manager in many hotels here is absconding.

While three customers of the alleged online sex racket identified as Harjit Dhanwani, Suresh Belani and Miswauddin are into mining operations and apparel business, the six racket operators include college students, mining businessman and a farmer.

Arrested BJP leader Neeraj Shakya was supplying sand to builders. “The nine arrested men will be produced before court later in the day. We’ll request the court for custody of some of them, as their detailed questioning is essential for further progress and the arrest of the kingpin,” said Chouhan.