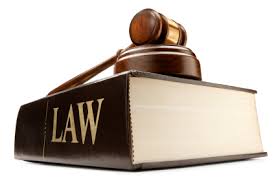 In a landmark verdict, the Madhya Pradesh High Court has said that a government servant accused of corruption can be prosecuted even without getting sanction from his/her parent department. The court held that the law department had the final authority to award sanction to prosecute a government servant.
At present, law department waits for recommendations of parent department/General Administration Department (GAD) while awarding prosecution sanction against a corrupt government servant. The verdict is set to put an end to this practice.
Delivering the judgment on March 18, the principal bench of high court said: “…opinion of parent department is not at all binding on the law department while considering the case for grant of sanction”. It further said: “Order granting sanction…has been passed after due application of mind on the basis of material collected and brought before the sanctioning authority”. The bench pointed out: “To seek opinion from the parent department is part of the procedure…and thus not binding”.
The order was passed by the division bench of justice Ajit Singh and justice Tarun Kumar Kaushal in a criminal revision petition filed by M P Chaturvedi, a Superintendent Engineer (SE), associated with Bansagar Canal Circle, Rewa.
The SE had moved the high court against order of special judge Shahdol, which had accepted the prosecution sanction given by law department, on the ground that his parent department had not given any recommendation to sanction his prosecution. According to the SE, under Section 19 of the Prevention of Corruption Act, it was the parent department that was authorised to grant prosecution sanction.
The SE had been booked under Prevention of Corruption Act 1988 and Indian Penal Code (IPC) for alleged irregularities in processing of tenders for a work by Economic Offence Wing (EOW).
“The order will go a long way in prosecuting the corrupt government servants who have been successfully escaping the trial on the plea of not having prosecution sanction from the government”, said advocate Punkaj Dubey, counsel for EOW.

“The court has also affirmed that the prosecution against a corrupt government servant cannot be dropped merely on the ground that there was no prosecution sanction”, he told DNA, quoting from the high court order: “…the trial has reached the state of defence evidence. At such a fag end stage of trial, in our opinion, there is hardly any scope for entertaining a technical objection in respect of sanction”.