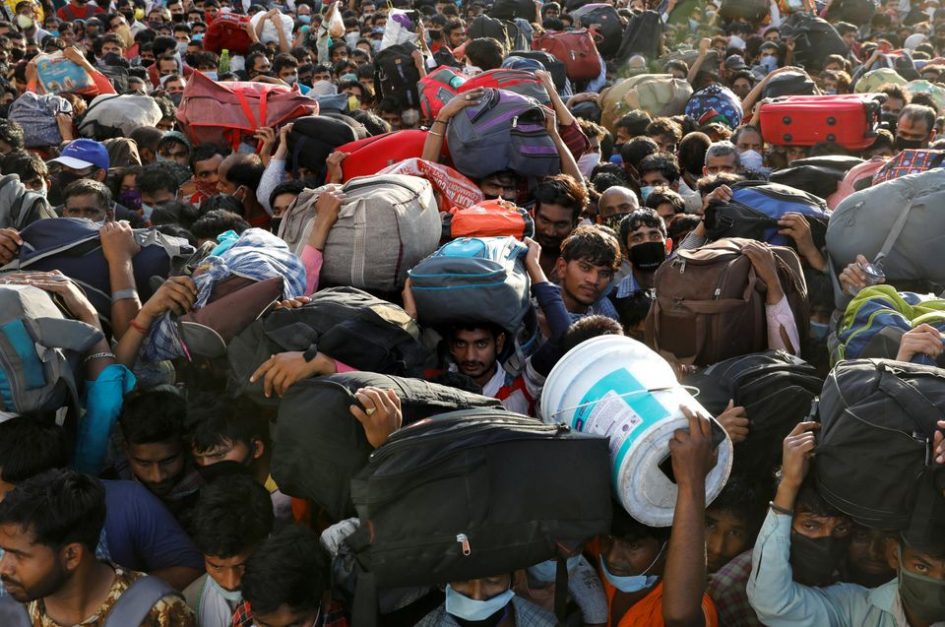 Anushree Fadnavis / Reuters Migrant workers crowd up outside a bus station as they wait to board buses to return to their villages during a 21-day nationwide lockdown to limit the spreading of coronavirus disease (COVID-19), in Ghaziabad, on the outskirts of New Delhi, India March 28, 2020. REUTERS/Anushree Fadnavis TPX IMAGES OF THE DAY

As India crosses 60 days of lockdown, we have seen the spirit of stranded workers devolve from grit to indignation. The Government of Maharashtra’s response leaves much to be
desired.

Soon after the lockdown began, a group of around 100 volunteers formed the Stranded Workers Action Network (SWAN). They have since responded to calls from over 30,000 migrant workers across India. In response, SWAN connected workers to local organisations
and government officials for rations, assisted in travel arrangements, and distributed over Rs.42 lakhs in emergency cash transfers.

As the days pass, the situation of the migrant workers has been worsening. How is a worker with minimal savings expected to sustain for more than two months? As the government
announced lockdowns in series, the workers were forced to accept lack of work, dwindling supplies, hunger and starvation. The reports of worker evictions are increasing at an alarming
rate. Those who had diligently followed the process laid out for travel by train, and even paid exorbitant prices to secure a medical certificate are waiting for the calls that were promised.
Those who longed to be with their family in desperate times have set off on foot, uncertain about what the roads hold for them.

Where the Government has been absent, civil society organisations have been at the forefront of supporting stranded workers.

On 20th May, SWAN submitted a petition to the Chief Minister of Maharashtra questioning his government’s decision to charge workers for train travel back to their home states, the
delay in communication of travel procedures, the substandard quality or absence of rations in many areas, and the insensitivity of government officials in responding to the plight of workers.

As a result, SWAN has suggested the following action points to the Government of Maharashtra: